The Fantauzzo is carved into the cliff, and features six levels, 166 guest rooms and a rooftop pool.

For nearly eight decades, Brisbanites have driven over the Story Bridge. Since late 2018, the city's residents have been able to drink, eat and hang out underneath it, too. Now, anyone eager to spend a night at a hotel beneath the towering structure can do just that, thanks to the opening of The Fantauzzo.

First announced in 2015, Brisbane's second Art Series Hotel is now welcoming patrons — and paying tribute to world-renowned Australian painter and photographer Vincent Fantauzzo. Each of the brand's hotels takes inspiration from a different artistic great, and Fantauzzo is in the spotlight at the new Howard Smith Wharves spot. A winner of plenty of weighty prizes — the Doug Moran National Portrait Prize, the Archibald Packing Room Prize, and the Archibald People's Choice Award a whopping four times — Fantauzzo has committed everyone from Heath Ledger and Matt Moran to Brandon Walters and Julia Gillard to his canvas.

Prepare to feast your eyes on six new original artworks, plus 500 of his most recognised pieces, with reproductions gracing The Fantauzzo's walls. Of course, given the location, that's not the hotel's only stunning sight. Built into the cliff bordering the CBD and Fortitude Valley, the $100 million site boasts one mighty fine view of the city and the Brisbane river, plus custom furniture and dark-toned interior decor that heroes concrete finishes, black glass, natural rock and timber. 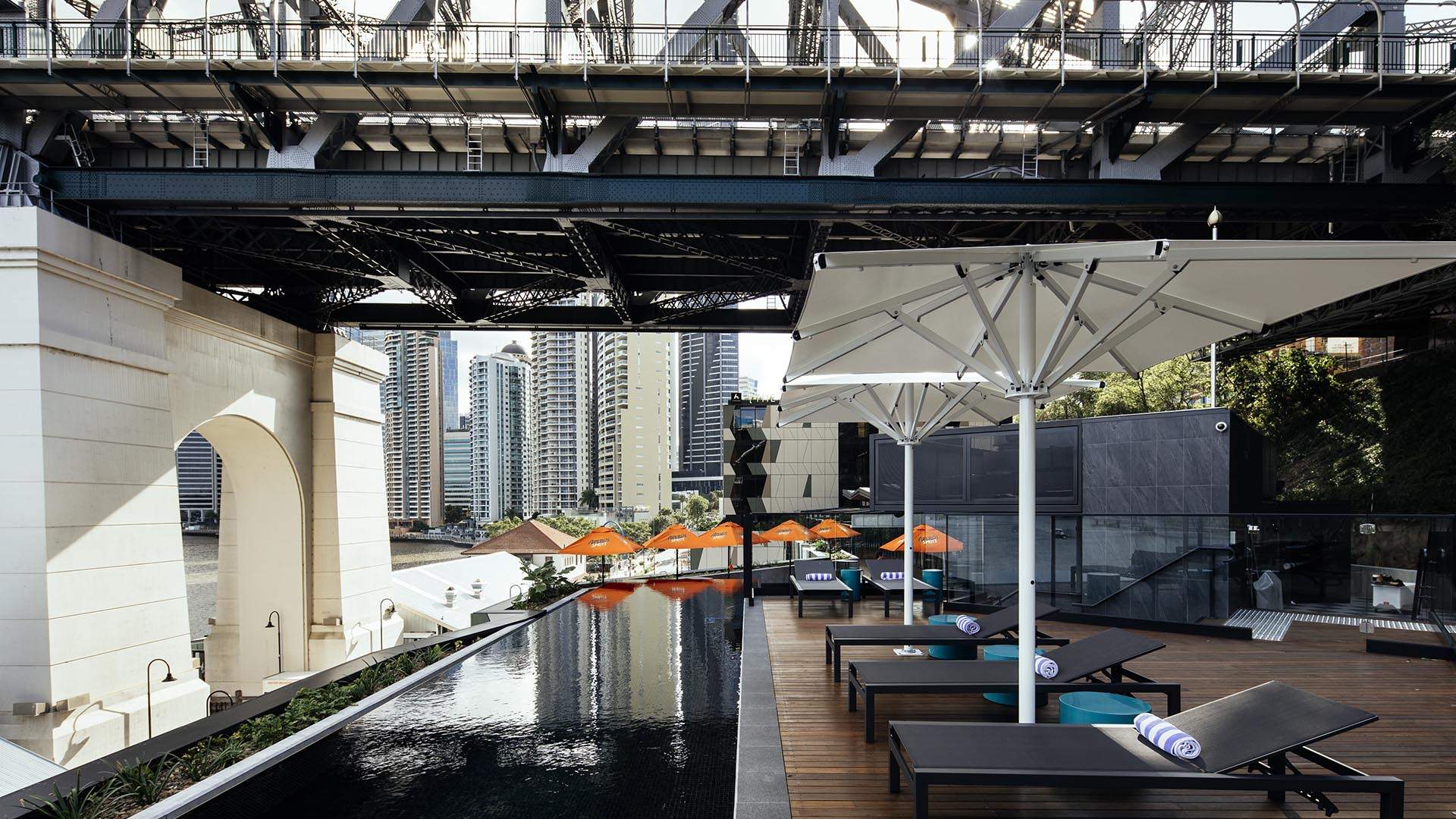 Across six levels, there's 166 guest rooms to slumber in, a ground-floor Italian eatery, a hotel bar, a gym and three conference rooms. Like Brisbane's only other Art Series Hotel, The Johnson in Spring Hill, the pool is a definite highlight. Here, guests can splash around on the rooftop while gazing out over the CBD.

The Fantauzzo marks the eighth Art Series Hotel across the country, with five in Melbourne and one in South Australia. As at the chain's other sites, its new digs offers art tours, in-room art channels and libraries all about its titular creative.

And, of course, given the Howard Smith Wharves location, guests will be right on the doorstep of Brisbane's newest precinct. It already has its own riverside brewery, overwater bar and Greek taverna, as well as indoor entertainment spaces, outdoor multi-use areas and entertainment stages, and a whole heap more.

Find The Fantauzzo at Howard Smith Wharves, 5 Boundary Street, Brisbane. Visit the hotel website for further details and to make a booking.