Australia's most prestigious portrait award is just around the corner, and its finalists have been announced today.

Every year crowds speculate who will be awarded the coveted prize and, more often than not, the Archibald winner causes much-heated debate. From last year's five-time Archibald finalist Yvette Coppersmith's first win — for her vibrant, almost Cézanne-inspired Self portrait, after George Lambert — to Craig Ruddy's 2004 win with his sketch of Indigenous actor David Gulpilil, it's hard win to pick. All that's really assured is that it'll be a portrait of person by an Australian.

This year, running from May to September, the Archibald is sure to attract a massive crowd, with some exceptional artworks to feast your eyes upon. Vietnamese-Australian artist, actor and writer Anh Do has made the cut, as have Melbourne-based stencil artist Kirpy with his portrait of Paralympic champion Dylan Alcott, Carla Fletcher's cosmic work of Del Kathryn Baron and a hyperreal self-portrait of a pregnant Katherine Edney.

Tessa MacKay has also taken out the coveted 2019 Archibald Packing Room Prize, chosen by the packing room tea, for her hyperreal portrait of actor David Wenham, called Through the Looking Glass (above).

As there are so many outstanding portraits this year (as there are every year), it's impossible to know which of the 51 is going to take home the $100,000 prize. Regardless, here are some of our favourites — and some we think may have a good chance of winning. Prolific Australian street artist Luke Cornish has subdued his edge a bit for his portrait of Sue Cato — a media commentator and businesswoman as well as a board member of Carriageworks and a member of Sydney Contemporary's advisory council. Cornish initially wanted to paint her two dogs, Callie and Comet, but as per the Archibald rule, Cato was included and is the subject of Cato, Callie and Comet.

In 2012, Cornish was the first street artist to ever be an Archibald finalist and he's back again with this accurate, and slightly moody, depiction of a powerful woman in the intimacy of her own living room. Sydney-based artist Laura Jones has made quite the name for herself in recent years, having exhibited in some of Sydney's top contemporary galleries as well as a past finalist in the Portia Geach Memorial Award, the Brett Whiteley Travelling Art Scholarship and the Doug Moran National Portrait Prize. Now, she is a finalist in Australia's biggest art award for the first time.

Nakkiah in her dressing room is an intimate work of Nakkiah Lui, an Australian actress of Gamillaroi/Torres Strait Island background. The portrait depicts Lui's wit, strength and warmth and is a highly expressive piece for an Archibald first-timer. 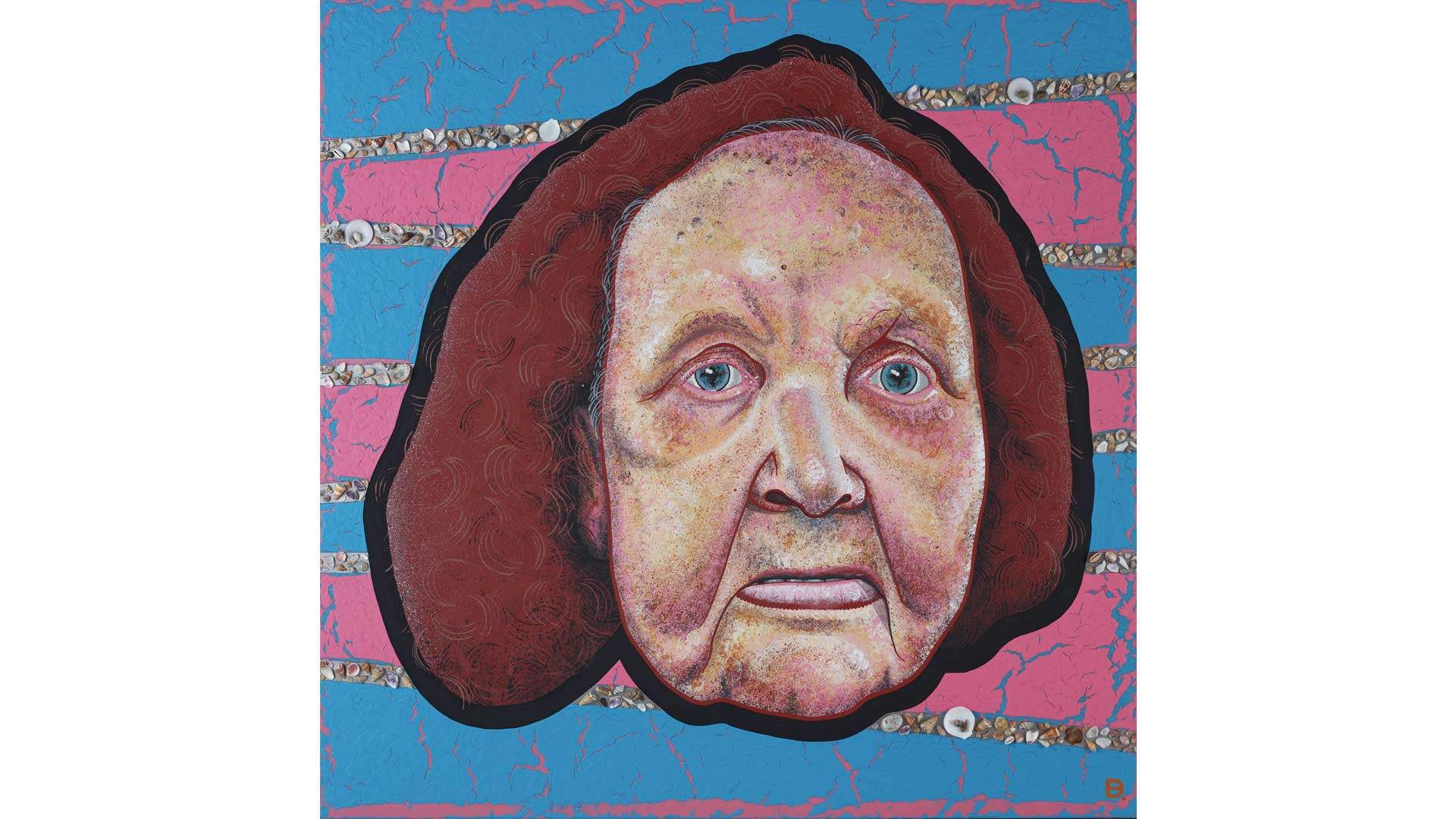 Blak Douglas is no stranger to the Archibald, having been a finalist in 2015 and 2018, and also a finalist in this year's Wynne Prize for a collaborative work. So, the man means business, even though his works may seem somewhat simple at first glance.

His portrait is of Esme Timbery (or as he refers to her, Aunty Esme) — one of the longest-practising Aboriginal artists. The two worked together back in 2000 for Eorascapes — an exhibition in the Sydney Opera House foyer for the Olympics. The colourful multimedia work is both venerate and familial, a testament to Blak Douglas and his personal-yet-political artistic practice. Anh Do, Art and war.

ANH DO — ART AND WAR

You may know Do for any number of reasons. The actor, writer, comedian and artist is an Australian household name and is no Archibald newbie. Having won the 2017 People's Choice award for his portrait of actor Jack Charles and a finalist back in 2014 for a portrait of his father, Do has now painted a fellow artist — George Gittoes.

Gittoes has witnessed adversities in Somalia, Rwanda, Bosnia, and Afghanistan and is known for his raw, brusque depictions of human suffering (with glimmers of hope and resilience). Emanating Gittoes' grit, Art and War is a close-up portrait looking straight down the barrel into the eyes of someone who's seen much of the world. 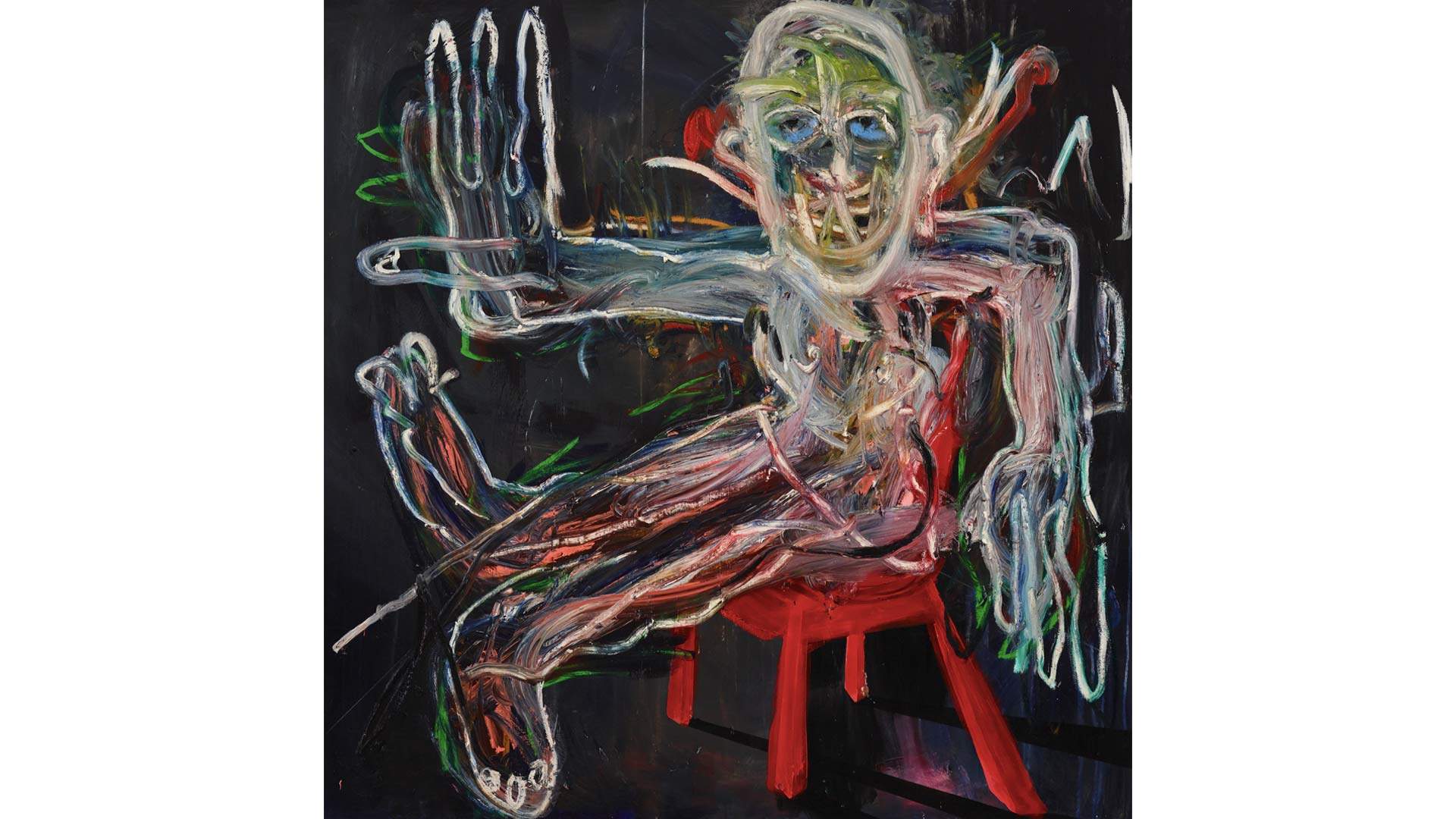 Shane Bowden's work may not look the most technically impressive but he sure doesn't hold back. His self-portrait errs on the grotesque, with demented lines, a disproportionate use of scale and muddled colours — it has an overall first-day-of-kindergarten appeal. Upon first glance that is.

Having undergone heart surgery last year, Bowden has channelled this personal catastrophe into Self-portrait sitting in a red chair, Avalon. The neo-expressionist work represents the artist as both child and adult, distilling "all the emotion and confusion of the last 40 years as I tried to find my true self," as put by Bowden himself in his official Archibald statement. A finalist in the 2010 Archibald Prize with a collaborative work as well as a finalist in the Doug Moran National Portrait Prize in 2010 and 2011, Shane Bowden is not one to overlook.

All of the Archibald, Wynne and Sulman Prize finalists will be on display at the Art Gallery of NSW from May 11–September 8. The Archibald finalists well then head to various galleries across regional NSW and Victoria.

Published on May 02, 2019 by Cordelia Williamson