A Crowdfunding Campaign to Fly the Aboriginal Flag on the Harbour Bridge Has Raised $30,000

It’s the latest step in an ongoing fight to see the Aboriginal flag flying 365 days a year.

Three years ago, Cheree Toka launched a Change.org campaign to call on the NSW government to fly the Aboriginal flag every day on Sydney Harbour Bridge. Currently, it's flown 19 days a year — for Australia Day, Sorry Day, Reconciliation Week and NAIDOC Week. When the Aboriginal flag is not flying, in line with flag protocols, you'll see the Australian and NSW state flags.

"The Aboriginal flag is a reminder that the country has a history before European arrival," says Toka, a Kamilaroi woman who lives in Sydney's inner west. "I think it's really important to have a symbolic gesture on the bridge that identifies the true history of Australia, which is a starting point for conversation around greater issues affecting the Indigenous population."

In three years of non-stop campaigning, Toka has amassed more than 157,000 digital signatures and the required 10,000 paper-based signatures to bring the issue to NSW parliament. It was debated in the final NSW parliamentary session of 2019 — and the result was that it would cost too much to construct a third flagpole to see the Aboriginal flag flying daily. So, undeterred, the 29-year-old campaigner is crowdfunding the $300,000 quoted by the government to 'fund the flag'.

"At this point in time, we are trying to raise funds to do it ourselves," says Toka, who launched the GoFundMe page on Wednesday, June 3 (Mabo Day). So far, more than 1000 supporters have committed donations ranging from $5–500, bringing the total to $34,660 by Monday, July 13. 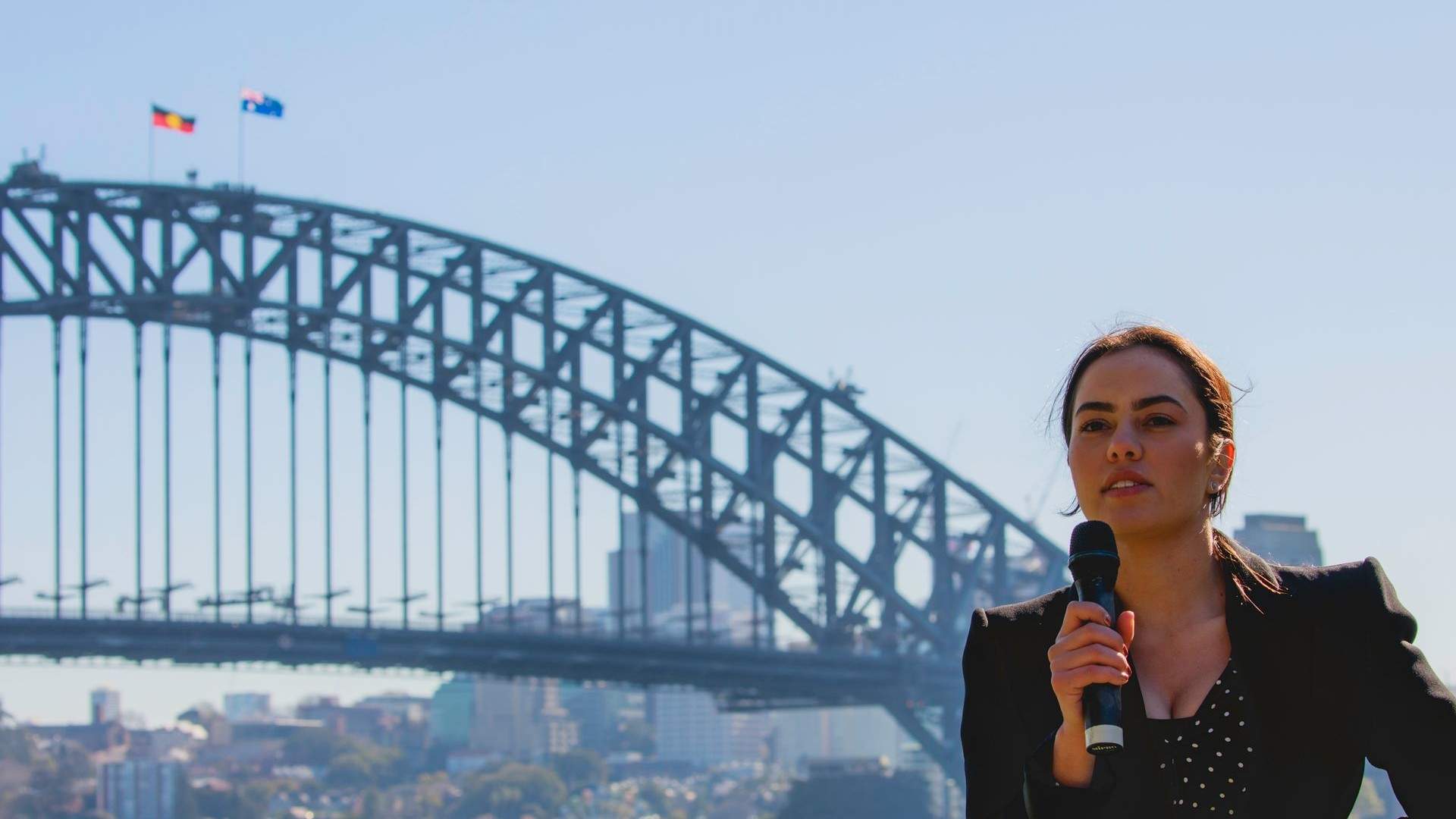 "It's a massive achievement considering the hardcore issues that are happening in the Indigenous community, and the other GoFundMe pages relating to Black Lives Matter, incarceration rates and injustice with police brutality," says Toka.

As stated on the GoFundMe page, once the target has been reached, donations will be held in a trust account until construction is approved by the NSW Government. In the event that it is not approved, donors will be contacted and can opt to be refunded or Toka will "nominate Indigenous causes on the frontline of fighting for equality".

Supporters who can't make a donation are encouraged to share the petition far and wide. For those who want to take it further, you can contact the current NSW Minister for Transport and Roads Andrew Constance who announced his retirement from politics in March 2020. Or, await possible new appointments to replace Constance and for the role of NSW Minister for Aboriginal Affairs, previously held by Don Harwin, who resigned in April 2020 over a breach of the COVID-19 public health order.

"I will continue to fight until it is done," adds Toka. "Whether that takes five years or 30 years, I'm here for the long haul. I'm here fighting a giant, which is the New South Wales Government. It's been three and a half years, so it's no comparison to what other Aboriginal people have been fighting for, for a long time."