Meet the Oscar-winning filmmaker responsible for one of the most confronting documentaries you'll see all year.

Meet the Oscar-winning filmmaker responsible for one of the most confronting documentaries you'll see all year.

Sitting down for our interview with director Eva Orner, it's hard not to think about the grimly fortuitous timing. Less than 24 hours earlier, a young Somali refugee set herself ablaze on Nauru. It's the second case of self-immolation at the centre in less than a week, following the suicide of Omid Masoumali just a few days before.

"I think we all need to stand up and say enough is enough," says Orner. "I just read this thing where Malcolm Turnbull said, 'Let's not get misty-eyed about offshore detention.' People are lighting themselves on fire. Children are being sexually abused. People have died."

Orner is no stranger to these kinds of human rights abuses. A first generation Australian whose parents fled the Holocaust, she won an Oscar in 2008 for producing Taxi to the Dark Side, Alex Gibney's harrowing documentary about CIA torture. To say that her latest directorial effort, about Australia's hardline immigration policy, is even more confronting, speaks to just how indefensible that policy has become.

Combining whistleblower interviews with shocking secret camera footage captured inside Manus Island and Nauru, Chasing Asylum reveals in no uncertain terms the consequences of offshore detention. We spoke with Orner about what motivated her to pick up the camera, and whether she believes films like this can truly make a difference. 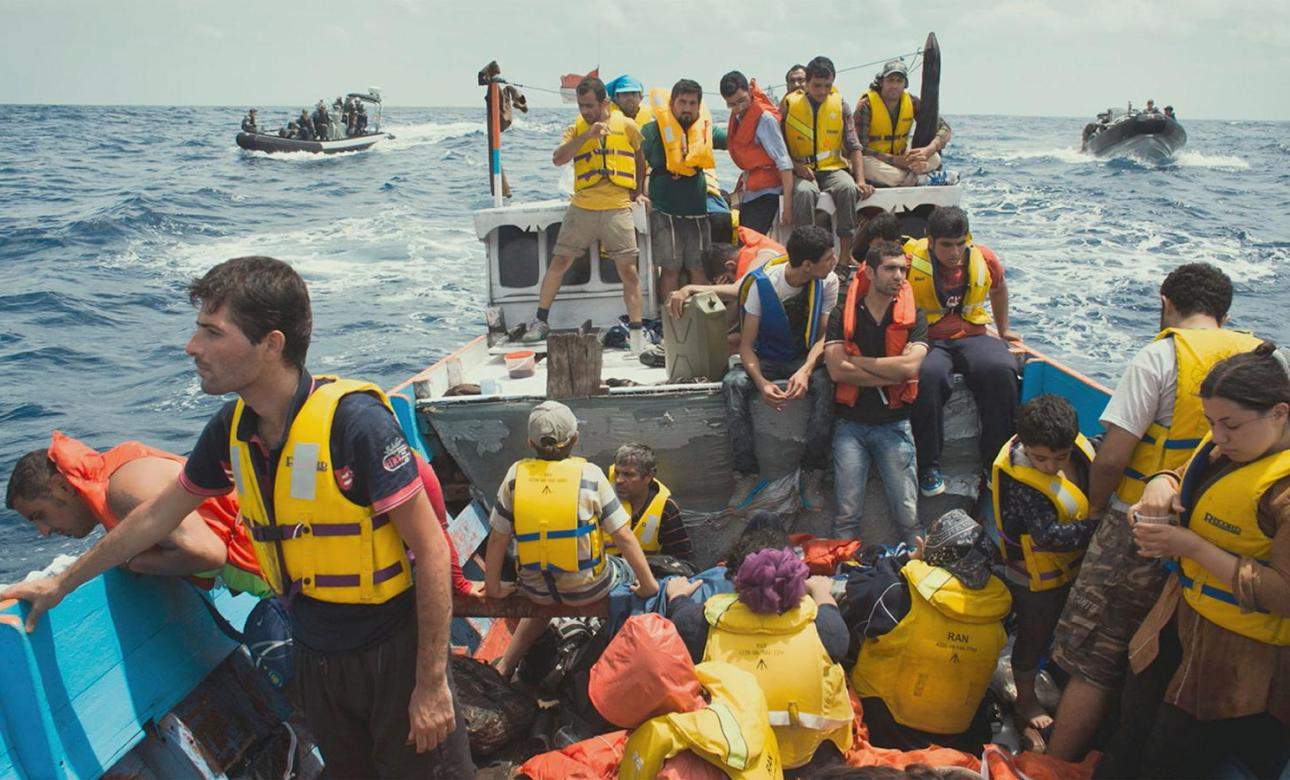 A CAMPAIGN OF PANIC AND FEAR

Perhaps the hardest thing to stomach, when it comes to mandatory detention, is the fact that so many Australians seem willing to accept it — something that Orner attributes to "a campaign of panic and fear and misinformation that's been going for 15 years."

"I don't think that people really know what's happening, because of this policy of secrecy that's been in operation since 2001," she says. "That's why I made the film, because I wanted to show people. Vision is so much more powerful than print. There's been some excellent journalism on this, but until you really see women and children in those conditions, it's not quite the same."

"I find it particularly extraordinary today when people are self-immolating, and the government doesn't really respond with any sympathy," Orner continues. "The key to me is that we have to keep coming back to the Refugee Convention. Because it came out of the Holocaust, and it was the world's apology to the Jewish people to what happened to them... We really have to look at this policy in terms of what it says about us as a democratic country." WHAT THE GOVERNMENT DOESN'T WANT YOU TO SEE

The most remarkable thing about Chasing Asylum is Orner's hidden camera footage, which lays bare just how bad the conditions on Nauru and Manus Island really are. Naturally, she's unable to reveal exactly how she acquired the footage, other than to say it was "not easy to get."

"If I'd known then what I know now I probably wouldn't have done it," she admits. "I think I was a bit wide-eyed going in. I always said that I was waiting for someone else to make this film, and no one did so I thought I'd better do it. But no wonder no one was making it. It's about places you can't go, people you can't speak to, and if whistleblowers do speak to you then you have to hide their identity. Then the whistleblowing legislation came out in July last year, which says that if you speak out it's a criminal act and you can go to jail."

"What's important is that no cameras are allowed in, and why," says Orner. "I think the film answers that question, because it's really grim... I don't think it's a particularly emotional film, in terms of my voice. It's really just the facts and the vision of what's been happening. But what I'm seeing now as we're starting to screen it is that people cry when they see this film. It's very upsetting... I find it very hard to watch the film." CAN A MOVIE ACTUALLY MAKE A DIFFERENCE?

"One of the things we're doing is working with an organisation to get [the film] into the school curriculum, because that's where the power is. Getting the next generation to see the film. If we get this into schools, if we get tonnes of people to see it, if it gets seen on televisions around the world, then that can make a difference."

"It's really about trying to educate people. That's what I'm saying. Come see the film, see what we're doing, and then make a decision. And I'm saying the same thing to politicians, because only a handful of politicians have been to Manus or Nauru. They're spending all of our taxpayer dollars on this, they should know what it looks like. Then maybe at night when they're sitting with their families, they can reassess how they really feel."

Chasing Asylum is in cinemas nationally from May 26. Eva Orner's book, Chasing Asylum: A Filmmaker's Story, is available in bookstores and online. For more information visit www.chasingasylum.com.au.