But one large sculpture is still set to pop up in Bondi in mid-November.

When October rolls around each year, the two-kilometre Bondi–Tamarama coastal walk usually becomes home to a huge free outdoor sculpture exhibition, with the always busy Sculpture by the Sea placing its latest works along the shoreline. But in 2020, that didn't happen. In fact, it won't happen at all this year.

Sculpture by the Sea organisers have advised that the popular event won't next unveil its artworks until the beginning of 2021 — at the earliest. Going ahead depends upon receiving an exemption from NSW Health, which hasn't been received so far, hence the delay.

Back in April, organisers actually advised that this year's event would forge ahead as usual. Of course, as 2020 has taught us again and again, things can change very quickly. In late September, it was revealed that Sculpture by the Sea wouldn't be able to keep its October date, but was hoping to take place either later in 2020 or early in 2021 — with the latest announcement today, Wednesday, November 4, confirming the latter.

"With the announcement some months ago that New South Wales would welcome back major events this spring we hoped it would also be possible to stage the exhibition," said Sculpture by the Sea founding director David Handley AM in a statement. Now, the event's team are "looking ahead to see what might be possible early next year".

Sculpture by the Sea will still be unveiling something in 2020, however: a yet-to-be-revealed large sculpture that will be placed on the end of the south Bondi headland in mid-November. It's designed to be a beacon of hope in this challenging year not just for the event, but for everyone. 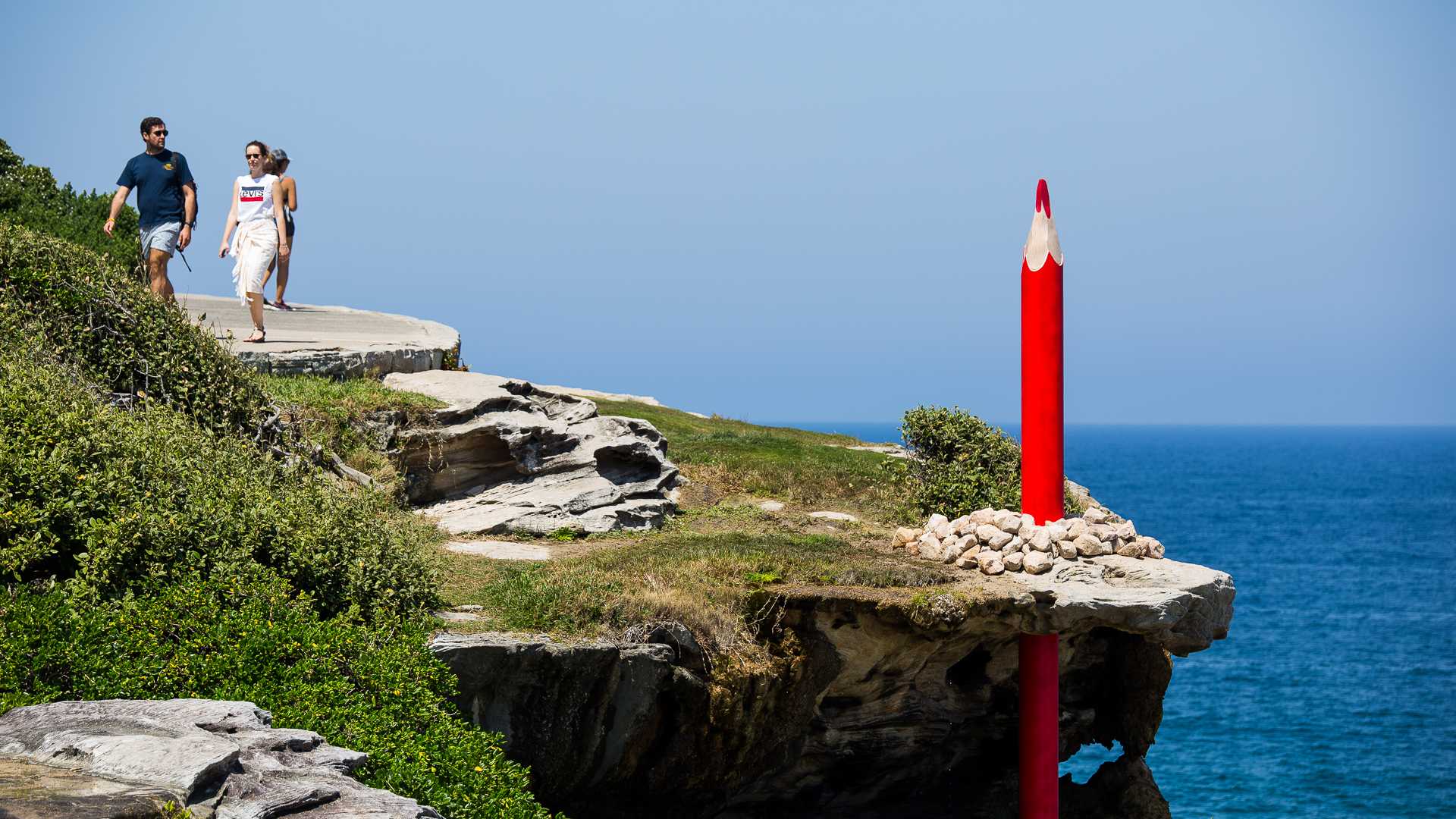 Sculpture by the Sea 2019 by Trent Van der Jagt

In 2019, the Sculpture by the Sea attracted approximately 450,000 visitors over three weeks, with crowds that size obviously posing a sizeable social distancing problem during the COVID-19 pandemic.

It has been an eventful year or so for Sculpture by the Sea, even before the current global health situation hit. To rewind a little, in mid-2019, organisers were at loggerheads with the Council over the construction of a new path, and were scoping out alternative locations for the long-running art exhibition. Indeed, it was only earlier this year that the parties came to an agreement to remain in Bondi — not just this year, but at least until 2030, with the organisers and Council agreeing to a ten-year deal.

Sculpture by the Sea is aiming to take place sometime in early 2021, with rescheduled dates not yet announced, on the Bondi–Tamarama coastal walk. For more information, head to sculpturebythesea.com.