Just two days after the bar was forced to close, the team launched a cocktail delivery service, which is still going strong.

Just two days after the bar was forced to close, the team launched a cocktail delivery service, which is still going strong.

"It was the month before we had to shut our doors that was probably the scariest," PS40 Owner Michael Chiem says of the start of Sydney's COVID-19 epidemic. "I was looking into getting an insurance job, getting a 9-to-5 work-from-home gig." Luckily for Sydneysiders, Chiem didn't. Despite just signing the papers to become the sole owner of the highly lauded CBD cocktail bar, a bar that was suddenly forced to close its doors — and lose its main source of income — Chiem decided to stick with it and try his hand at the delivery game.

"I'd seen it work pretty well in New York and Melbourne before we started doing it in Sydney, and we pretty much started straight away," says Chiem. Two days after the bar closed, PS40 Sofa Series, a nod to a now-appropriate, then-unfortunate autocorrect in one of the bar's first reviews, kicked off.

For what Chiem calls "a pretty crazy two months", the team was bottling, labelling and delivering — sometimes all in one day — a selection of the bar's greatest hits, alongside a few classics. Housebound epicureans could order a coffee bean-spiked breakfast negroni, a spicy corpse recliner or a the blueberry bomb straight to their couch. In fact, they still can. 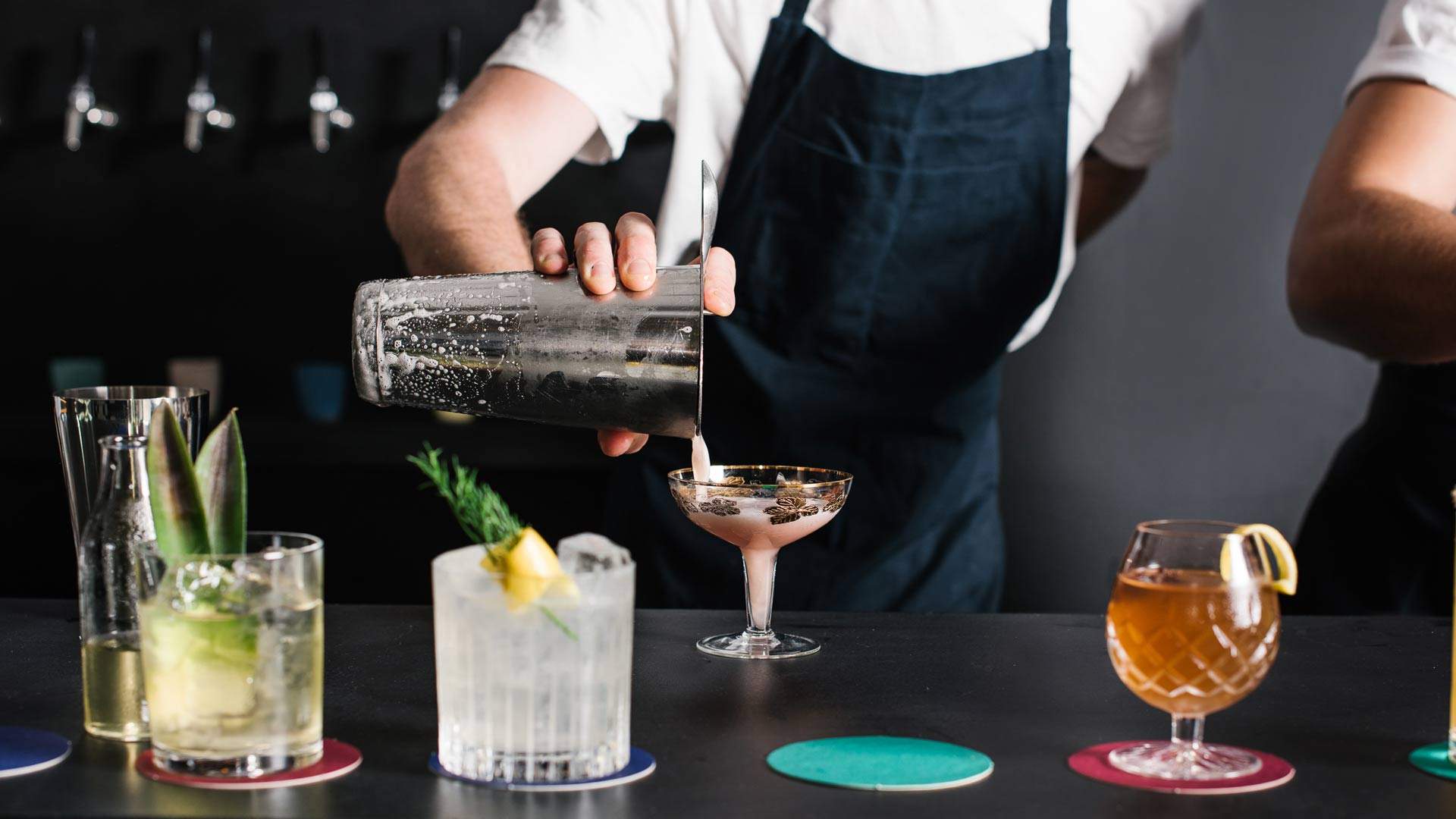 While the CBD bar has reopened to dine-in customers — albeit only 25, just over 40 percent of its maximum capacity — it's keeping some of its COVID-19 changes around for the time being, if not permanently.

"There are a lot of people that can make it into the city to drink at bars, but there are also people that want a nice cocktail but for different reasons can't make it into the city — whether or not they have kids, they live a little too far away or it's little too complicated to get out — so it's a really nice option to have delivered cocktails."

As well as the Sofa Series, PS40 has launched a Booze Cage (yes, in an actual cage) filled with takeaway alcohol. You can stop by the bar and pick up a bottle of Das Juice or Good Intentions Co, both from South Australia, for less than $30, or spend a bit more on a Gut Oggau — an Austrian wine label that's developed a bit of a cult-like status Down Under. While the CBD isn't short on nice places to drink wine, it's not overflowing with places to buy it to-go, so Chiem hopes the Booze Cage will remain popular well after Sydneysiders all return to work. Because of the bar's locality, many of its patrons are of the city-worker variety. With many businesses still working from home, though, the CBD isn't the hive of activity it usually is — and neither is the bar. As a result, the bar is now operating just four nights a week and it's producing a smaller menu.

The way the team is designing this newly compact menu is smarter, too, and more cautious of waste. "We're looking into our cool room and seeing what needs using each day, which has made us creatively come up with things differently," says Chiem. "We have a smaller list, but we're making those ones even better."

While the list rotates often, there are two drinks you're likely to catch if you head in this winter. One is a bar favourite, and a drink that Chiem says should be at the top of your list if you haven't tried it, called the Africola. Described as an upside-down irish coffee, it's warm on top, cold down the bottom and made with warm coconut foam, a really cold shot of Mr Black coffee liqueur and a splash of PS40 wattle cola. The second looks like a tart and tastes like a tart, but is cold and liquid — and is made with rum, rhubarb and lemon curd. Just exactly how Chiem manages to create this physics-defying drink, however, is best learnt in person.

PS40 is the first bar in Concrete Playground's new series 52 Bars in 52 Weeks, exploring COVID-19's impact on the city's bars and encouraging Sydneysiders to pull up a seat, every week.