Every year, the World's 50 Best Bars ranking outlines the innovative drinking spots and watering holes that should be on everyone's must-visit list, with three Sydney bars — Maybe Sammy, Cantina OK! and Bulletin Place — making the cut in 2020. That's one way of scoping out the top establishments and folks currently doing their thing in the hospitality industry; however, the organisation behind that rundown has just come up with another: the 50 Next, which picks the standout next-generation leaders currently shining bright in the food and drink world.

The inaugural list has just dropped, and Australia is represented here, too — with four Aussies named as part of the class of 2021. Fish Butchery's Josh Niland, ex-Oakridge Wines pair Jo Barrett and Matt Stone, and agriculturalist and farmer Josh Gilbert have all been highlighted as part of a selection that includes people from 34 countries. The 50 folks were chosen from a pool of 700 candidates, as sourced via applications, nominations and by scouting done by the Basque Culinary Centre.

Sydney's Niland — who is fresh off of winning the James Beard Book of the Year Award in 2020 for The Whole Fish Cookbook — has been showcasing his seafood prowess to Sydneysiders for more than half a decade. The chef first opened restaurant Saint Peter in 2016, then launched fishmonger Fish Butchery in 2018. Nose-to-tail seafood is his focus — so using not only the usual parts that end up in dishes, but the rest that's often disregarded as waste. Niland was named in the 50 Next's 'gamechanging producers' category. 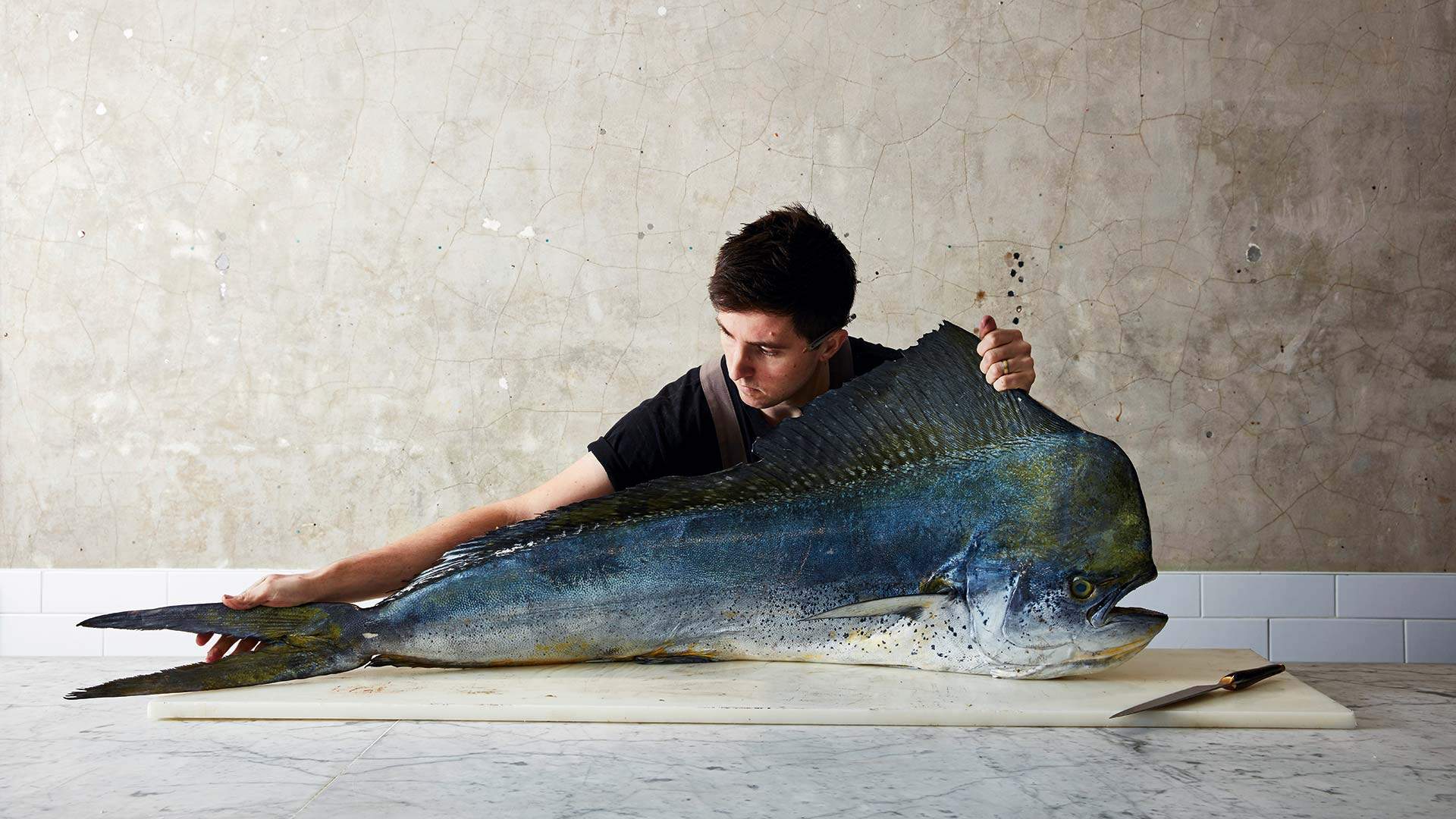 Jo Barrett and Matt Stone scored nods in the 'hospitality pioneers' field, with the acclaimed chefs considered among the forefront of change in the industry. In their current project, Future Food System, they're working with artist, activist and zero-waste restaurant pioneer Joost Bakker to reconceptualise the way food is grown, all in an attempt to move away from the reliance upon large-scale agriculture. That's meant living together in a house in Melbourne's Federation Square, and serving a daily dish from ingredients grown on the property.

Hailing from Gloucester in New South Wales, Worimi man Gilbert has been dubbed one of 50 Next's 'empowering educators' thanks to his focus on interweaving Indigenous knowledge and generational learning into farming practices. His work spans his senior consultant role with Pricewaterhouse Cooper's Indigenous Consulting program, and his efforts as an advocate for agricultural, environmental and Indigenous change — including busting stereotypes and demonstrating how the food industry can help battle climate change.

50 Next lists its fifty impressive next-gen leaders, but doesn't rank them, and aims to promote "positive, sustainable and visionary thinking". As well as the aforementioned categories, it recognises hospitality figures it deems 'tech disruptors', 'entrepreneurial creatives', 'science innovators' and 'trailblazing activists'. This year's selection features 24 women, 19 men and seven groups, with everyone included aged between 20–35.

Check out the full 50 Next lineup via The World's 50 Best website.