Premier Dominic Perrottet has announced that all adults across the state will receive a 'Stay & Rediscover' voucher to use on NSW staycations.

New South Wales residents, it's holiday time. After almost two years largely spent staring at your own four walls, you probably don't need much motivation to head absolutely anywhere else, but the State Government is giving you some anyway. In an effort to encourage everyone to take a vacation across NSW — including a staycation in the city, Sydneysiders — it's handing out $50 vouchers for accommodation.

Every adult in the state will receive a voucher, which'll fall under the NSW Government's Stay & Rediscover scheme — to the tune of $250 million all up. You'll need to apply, however, and the initiative won't open until March 2022. But, you'll be able to redeem your voucher at accommodation premises throughout the state.

Details are still fairly scarce for now otherwise, although the government has revealed that you'll only be able to use the vouchers at registered accommodation providers. Businesses with a physical location in the City of Sydney Local Government Area can sign up now, ahead of a pilot run in the area. Businesses elsewhere across the state will then be able to register from late January 2022.

Also, you'll need to be over 18 to get a voucher, and you'll only be able to redeem it for room bookings — not other products and services at hotels. That said, you can combine your own vouchers with your partner's or friends', to get more cash off your reservation. And, access-wise, you'll have multiple options — including via the Service NSW app, printed vouchers, PDFs and text messages. 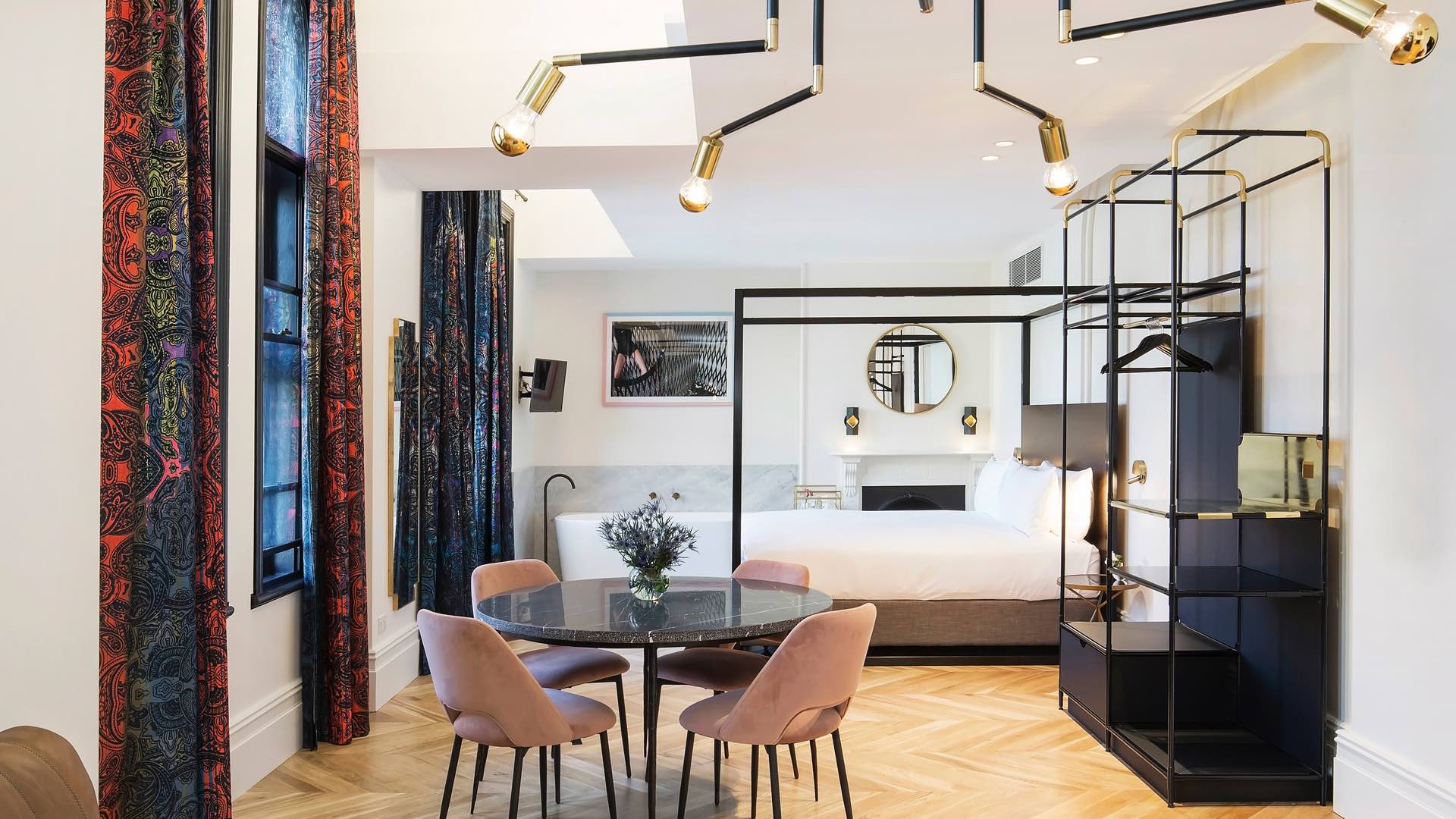 If this sounds familiar, that's because former Premier Gladys Berejiklian announced something similar in March. Back then, 200,000 vouchers worth $100 each were set to be handed out on a first come, first served basis around June, for use in Sydney's inner city. Then Sydney went into lockdown, followed the rest of the rest of the state.

Now resurrected just as Sydney has come out of an almost four-month-long period of stay-at-home conditions, the accommodation voucher program has two obvious aims: enticing folks in NSW to go venturing throughout the state, and helping support local businesses. Victoria and Queensland have also run similar schemes, too, because throwing some love towards the Aussie tourism industry has understandably been a big focus during the pandemic.

Announcing the news today, Wednesday, October 20, NSW Premier Dominic Perrottet said that "millions of people around the world dream of visiting Sydney and our regional areas. This package not only ensures they can, but that they'll experience the very best of what we have to offer."

He continued: "it's also great news for people right across our state, reviving events and businesses and bringing our major drawcards back to life. Importantly, more than 300,000 people rely on our tourism industry and our aim is to reclaim our position as one of the world's favourite destinations." As well as confirming the Stay & Rediscover vouchers, the Premier also announced a broader tourism and events support package — offering $530 million in total, including the $250 million for the accommodation scheme.

The announcement only covers the broad strokes for now, with the minutiae set to be revealed at a later date; however, $150 million will go to major events, including $50 million for events in regional NSW; $60 million is earmarked to give international airlines an incentive to restart flights to Sydney; and $6 million will be put towards bringing business events back to the city.

Also, $50 million will go towards supporting events and activations in CBDs across Greater Sydney and surrounding areas, $25 million is targeted at relaunching festivals and $10 million will be put into a marketing campaign — and an event saver fund will also be set up for organisers, for use if events are cancelled or disrupted by restrictions and lockdowns over this coming summer. Some of this funding overlaps with cash already announced earlier this week, on Sunday, October 17, which focused on supporting the arts industry as it reopens after lockdown.

The NSW Government's Stay & Rediscover scheme will kick off sometime in March 2022. We'll update you when further details are announced — and you can check out additional information via the Stay & Rediscover website.