Finally book that trip you’ve been planning and experience these wondrous NSW sites. Feeling hemmed into the daily grind without much respite? It's time to break free from our own four walls in favour of spectacular scenery. If you have your sights set on a New South Wales getaway, we've found eight other-worldly spots that'll leave you spellbound — from extraterrestrial-esque terrains to luminous caves, jewel-coloured oceans and prehistoric forests.

Here are some must-visit sites for your next NSW holiday that'll have you falling back in love with your own backyard.

Due to extreme weather events, some places mentioned may be closed or operating differently. Check websites before making plans to visit. You'll feel like you're on a space expedition wandering around the wind-sculpted sand dunes and millenia-old rock formations of this World Heritage-listed site. It's home to the 40,000-to-42,000-year-old Mungo Lady and Mungo Man, some of the oldest modern human remains discovered outside of Africa. Dive into the park's history at the Mungo Visitor Centre and learn about the cultural heritage of the area, which is shared by the region's Indigenous landowners, the Paakantji, Ngiyampaa and Mutthi Mutthi people. Choose a walking, biking or driving route to explore the blazing red earth landscapes and vast, dry lakebed.

Visitors can stay in the park's two campgrounds or the historic Mungo Shearers' Quarters, but numbers are limited. Or, find more accommodation in the nearby towns of Mildura and Balranald. It's quite the drive from Sydney — a solid ten or so hours — so, if you'd rather cut the highway drive, consider flying to Mildura or Griffith. 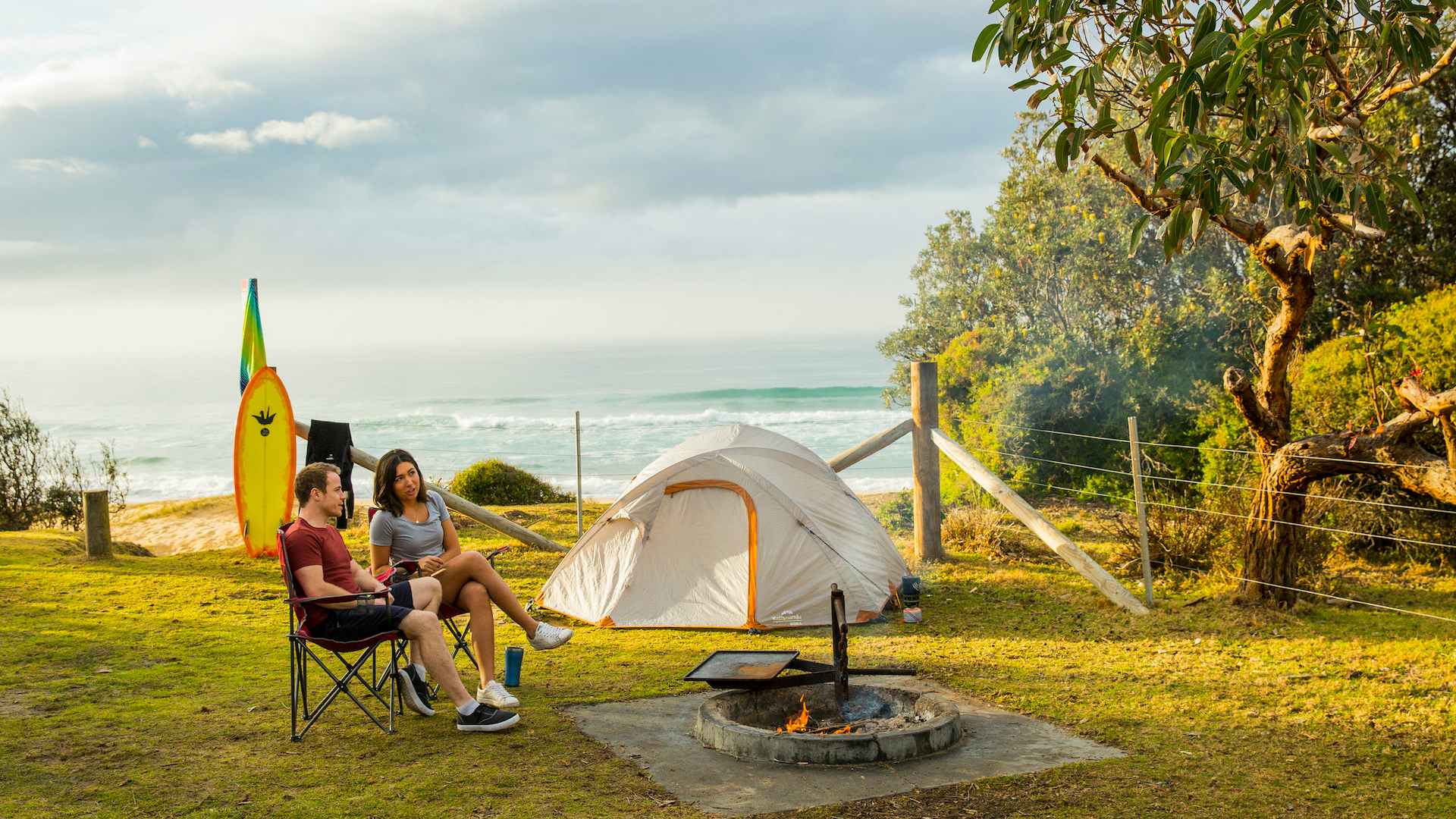 SWIM IN THE SAPPHIRE SEAS OF MIMOSA ROCKS NATIONAL PARK

Pack your camp gear, fishing rods and multiple sets of swimmers and visit this Sapphire Coast gem. You'll find idyllic inlets like Nelson Beach or Moon Bay, perfect for swimming, surfing and fishing. Picnickers and those prepared to paddle with a canoe or kayak should head to Nelson Lagoon. Or, if it's sea life you seek, stroll along the walking track to Wajurda Point lookout and spy whales and dolphins among the endless blue.

Park your pack at the campgrounds at Gillards, Picnic Point or Middle Beach for a canvas room with an ocean view. Or, you can book the historic Myer House by Lake Wapengo for up to 12 people. The nearby towns of Bermagui and Merimbula are good spots to stay for the less intrepid, too — and you can even fly straight into the latter if you're short on time. CHECK OUT A JAW-DROPPING CANYON AT CAPERTEE VALLEY

Regular Blue Mountains visitors and new explorers alike will be awestruck by the Capertee Valley, the second-largest canyon in the world. The mighty sandstone escarpment drops into a deep chasm of bush and grasslands that's a hiker's haven. If you're not so keen on climbing, easily accessible vantage points such as Pearsons Lookout let you gaze upon magnificent formations like Pantoneys Crown – a flat-topped monolith structure — without all the work.

Campers can set up at the main grounds by the Capertee River, or you can find charming private accommodation around the valley, including three bubble tents with 360-degree views and outdoor woodfired baths. Another jewel in the Sapphire Coast's crown is Barunguba, aka Montague Island, nine kilometres off the coast of Narooma. The nature reserve is home to a colony of fur seals, thousands of little penguins, more than 90 bird species and regular whale and dolphin visitors. This tiny island offers plenty of activities, from snorkelling and scuba diving to touring the lighthouse, fishing for tuna and marlin or wildlife spotting on the island walking track. 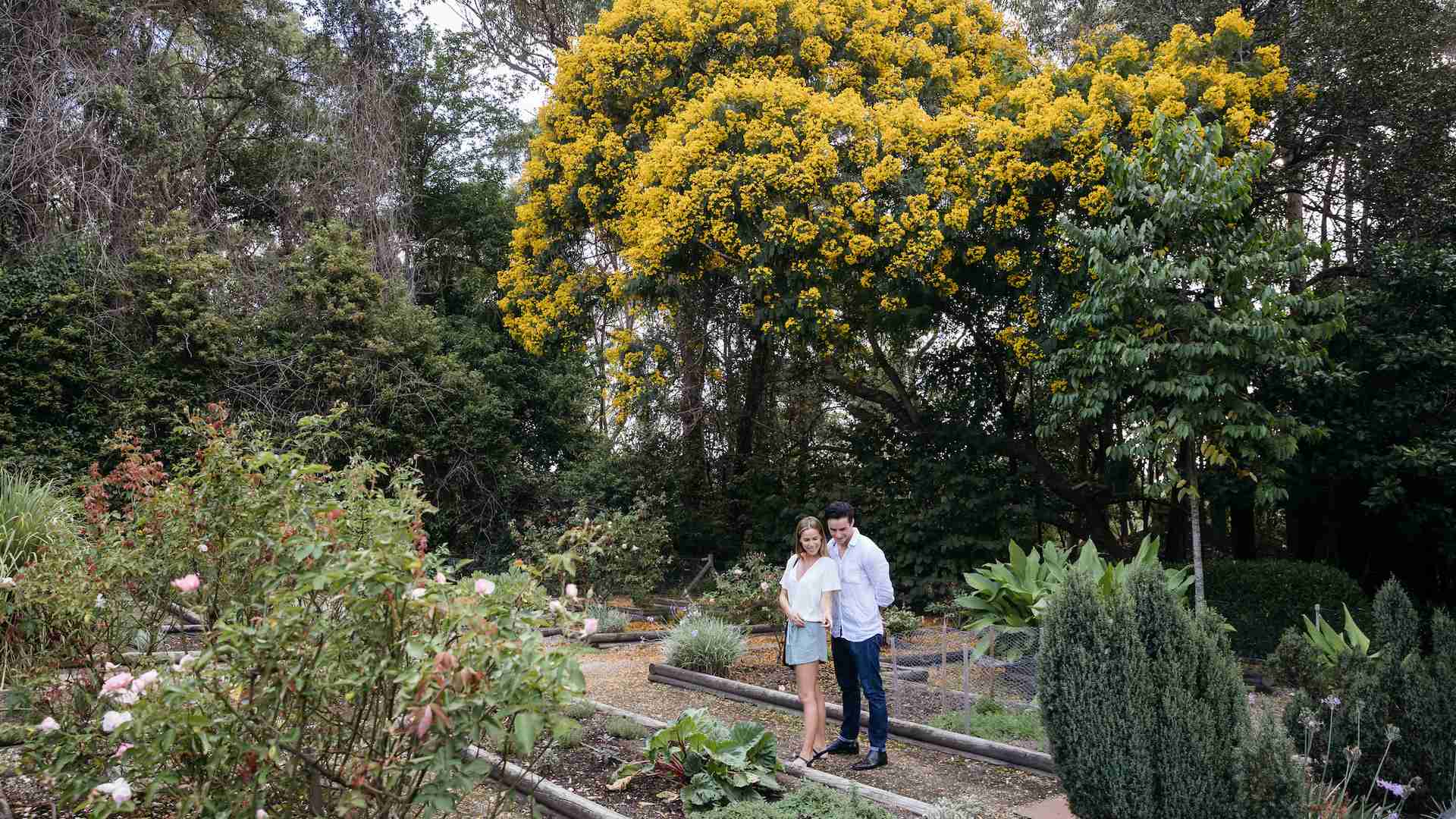 Get to know the botanicals that make a G&T really pop at this distillery hidden within three acres of lush gardens on the Central Coast. Take a turn around the leafy grounds where owner and herbalist Philip Moore grows ingredients for Distillery Botanica's range of gins, liqueurs and vodkas. Then, settle in for a tasting session at the distillery door, followed by a garden-inspired meal at the on-site eatery, Bar Botanica. Once you're done, bottle up the day and take it with you by purchasing your favourite spirits.

Sure, you could just visit on a day trip but, with the Central Coast offering up pristine beaches, national parks and next-level food and drink options, it'd be remiss not to extend your stay. The climbing vines and giant rainforest ferns of Dorrigo National Park are Jurassic Park-level. Drive an hour inland from Coffs Harbour and you'll feel like you're walking with dinosaurs as you hike past 600-year-old trees or brave the suspension bridge to feel the spray at Crystal Shower Falls. Well-kept boardwalks lead to uninterrupted views across the rainforest canopy and provide perfect birdwatching platforms. If a cool-down dip is in order, head to Dangar Falls where a crater within undulating farmland has produced a 30-metre waterfall cascading into a pristine swimming hole.

If you're coming from the city, it's about a six-hour car ride, or you can fly into Coffs Harbour. Where to stay? The quaint, colourful town of Bellingen is just 30 minutes from the park and has plenty of accommodation — from campgrounds to luxe farmstays. 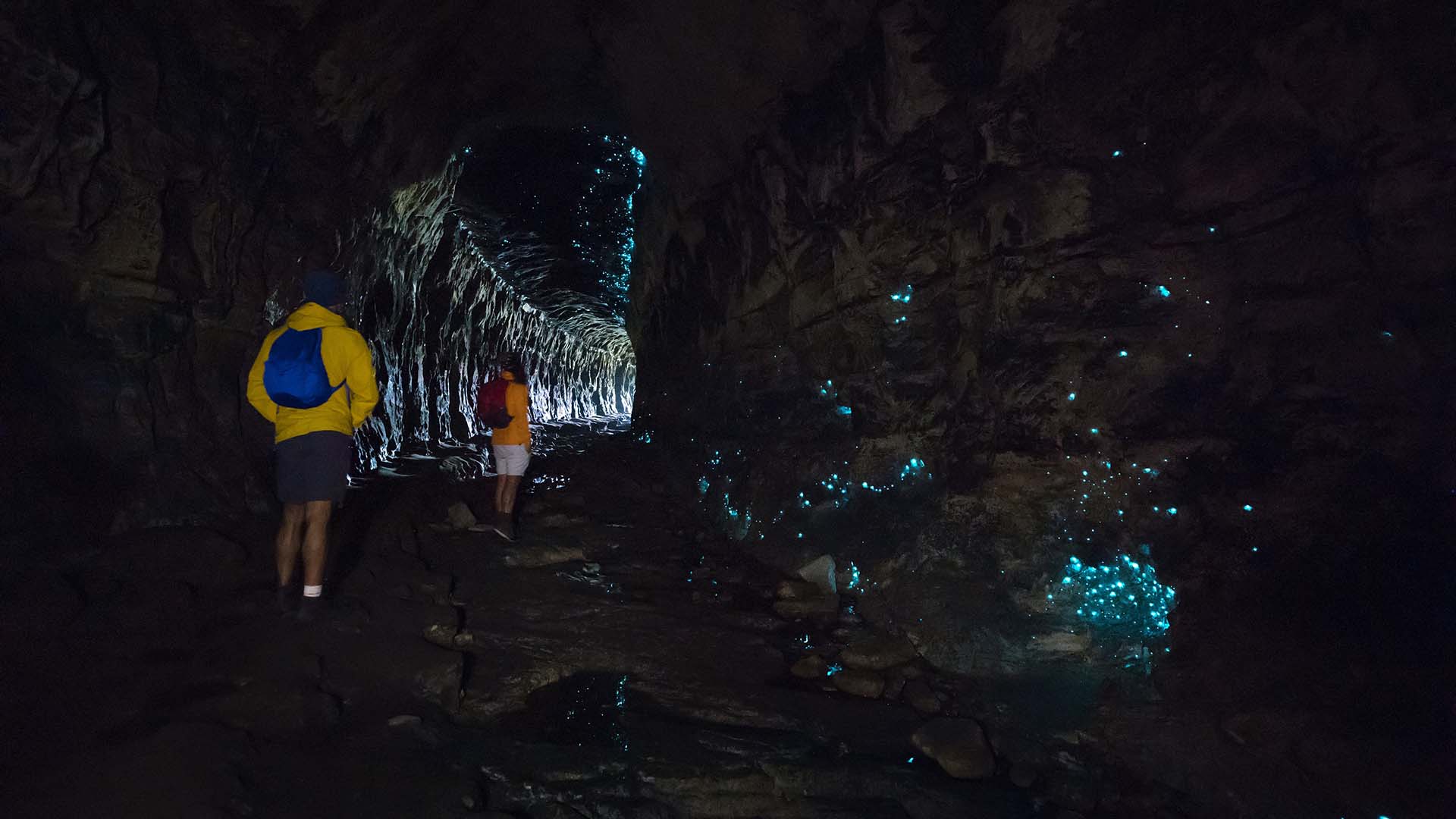 Daniel Tran via Department of Planning, Industry and Environment

The creeping ferns shrouding the entrance to the Blue Mountains' Glow Worm Tunnel provide a mystical air to this historic site reclaimed by nature. Speak in whispers and keep the lights low once you enter, and an army of glow worms will create a constellation of blue light along the surface of the 400-metre tunnel. This dreamy experience in Wollemi National Park is an easy one-kilometre walk from the car park at the end of Glow Worm Tunnel Road. If you'd prefer a guided tour, Blue Mountains Glow Worm Tours offers one-hour expeditions for $65. Beyond the transformed railway tunnel, you can explore the park's lush rainforests and stunning rock formations, all within an hour's drive from Lithgow. Just over an hour's drive south of Sydney, Wollongong thrums with an element of city bustle. But all that drains away once you enter the grounds of the Wollongong Botanic Garden. The peaceful rainforest-like oasis has semi-arid succulents and delicate rose gardens that have been carefully cultivated for 50 years. Horticultural enthusiasts can spend hours exploring the flora — some local to the Illawarra and many more from as far as Japan, Africa and North America. It all sits at the foot of the escarpment under the watchful gaze of Mount Keira. You can head to the summit lookout for views across the city and Wollongong's glistening coastline, too.

If you are looking for more places to feel free in New South Wales, head to visitnsw.com.