Sydneysiders, it has been a long two months — and the city's lockdown is still set to continue until at least the end of September. But Premier Gladys Berejiklian has been talking up New South Wales' path forward, and the way out of the current statewide stay-at-home rules, with high vaccination rates identified as the key tactic. Wondering what that means? Today, Wednesday, September 1, the Premier provided a few more details.

Already, NSW residents had been told that something would change once the state hit six million jabs. And, come 12.01am on Monday, September 13, that'll indeed be the case. The Premier has already advised that the rules around outdoor gatherings will change slightly — allowing people who live outside of Sydney's Local Government Areas of concern to enjoy outdoor recreation in groups of five, as long as all adults are fully vaccinated, and fully vaxxed adults in LGAs of concern to go outside for outdoor recreation in family groups for an hour a day.

From there, the next big milestone arrives when 70 percent of people in NSW who are eligible to get the jab have had both of their doses — and that's when more significant changes are set to kick in. In August, NSW Police Minister David Elliott revealed that allowing restaurants, bars, pubs and gyms to open to fully vaxxed NSW residents at the 70-percent threshold was part of the plan, and the Premier has now expanded upon the strategy.

"Obviously, New South Wales always takes a responsible approach, but the national plan does say at 70-percent double-dose vaccination that you can expect to go out and have a meal, you can expect to attend a public event, you can expect to go and get services that you can't expect now — but obviously we'll take a very responsible approach," Berejiklian said today. "We know that indoor gatherings or people coming to your home are high-risk. But outside of that, there are many, many things we can't do now that we should be expect to be able to do when we have 70 percent of the adult population vaccinated."

"That's what the national plan says," the Premier continued. "Of course, at 70 percent there will be density requirements, QR code check-ins, validation that you're vaccinated, mask-wearing in certain settings, so there will be obviously constraints and restrictions in place. But compared to what we're going through now, life will be much better at 70-percent double dose than it is now — and I'm calling out to businesses to say let's have September the month we all get ready." 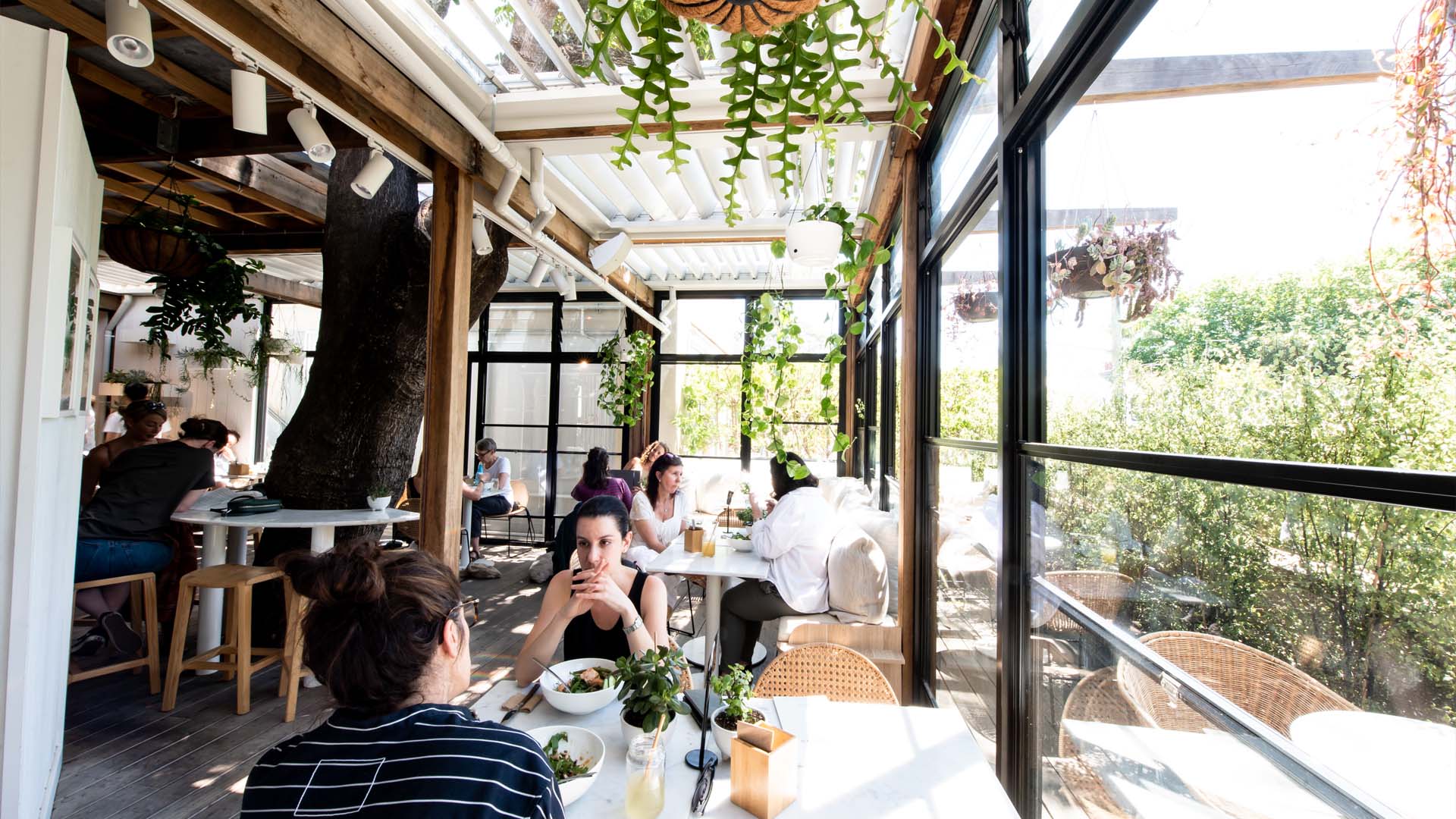 If you're in a hotspot Local Government Area, however, there hasn't been any clarity on whether the relaxed rules at the 70-percent threshold will apply in parts of Sydney dubbed LGAs of concern. The Premier didn't directly respond to a question on that exact topic, but did say that "everybody should expect a level of freedom which they don't have today."

She continued: "it will depend on a number of other factors but let me be clear — no matter where you live in New South Wales, please expect to have much more freedom than you do now as long as you're vaccinated fully and as long as 70 percent of residents are vaccinated, and details will be provided in the next little while."

The Premier has been promising to release a roadmap outlining how NSW will ease rules moving forward, and how it will come out of lockdown, since mid-July. In late August, she was also set to reveal the roadmap, but announced the extension of Sydney's lockdown and the eased outdoor gathering rules instead. But, as Berejiklian keeps mentioning, the plans hinted at so far fall in line with Australia's new 'National Plan to transition Australia's National COVID Response' that was announced in July.

It's worth noting that the national plan requires all of Australia to reach each vaccination threshold overall before an individual state or territory that's met that milestone can ease restrictions. Whether NSW will stick to that requirement hasn't been revealed. Today, the Premier said that NSW "can get back to life at 70-percent double-dose vaccination, which we anticipate will happen somewhere around the middle of October."

In all the discussion so far, exactly what eased rules at the 70-percent mark will mean in NSW in practical terms still hasn't been revealed, but outdoor dining is likely to be a big feature, as it was in 2020 when NSW reopened after lockdowns. Also, vaccine passports may play a part, with Prime Minister Scott Morrison announcing after Australia's last National Cabinet meeting on Friday, August 20 that work will now move forward regarding "incorporating the proof of vaccination status into existing state and territory check-in apps."

If you're wondering were you can currently get vaccinated, there's a handy online map that helps you find your nearest clinic.