Go from absurdist mazes to a town that doubles as an openair gallery.

Tasmania is an evocative place. The tiny island state is easily one of Australia's most diverse landscapes, featuring everything from white, sandy beaches and the inspiring peaks of Cradle Mountain to hidden wonders like Little Blue Lake. But it's not just the terrain that offers up surprises; Tasmania is also a haven for the unconventional. With Hobart's globally renowned Museum of Old and New Art (MONA), the large botanical mazes and rural towns turned into openair galleries, Tasmania knows its way around the weird and wonderful and isn't afraid to revel in it come rain, shine or snow. With that in mind, we've created a jam-packed winter guide to Tassie's most eclectic cultural and artistic experiences. So strap yourselves in (and put on your warmest winter woollies), it's going to be a strange ride.

THE MUSEUM OF OLD AND NEW ART — HOBART

Affectionately referred to as the 'museum of sex and death', MONA isn't your stock-standard cultural institution. Instead, it's more like a sprawling underground playground that could easily double as a Bond villain's home (just look at its imposing void-like entrance and spiral staircases). Each exhibition has been specially curated to provoke — from James Turrell's permanent, mind-bending light installations in the newly minted Pharos wing to the bold, ever-changing seasonal shows like Greg Taylor's famous vaginal sculptures. As MONA is the host of Australia's most sinister festival, Dark Mofo, winter is the ideal time to visit, with numerous artists and works freshly displayed within the museum's walls as well as sprawled across Hobart. And once you've finished expanding your mind, you can also expand your stomach at one of MONA's many eateries. The combination of Faro's Spanish and Greek tapas (try the martini garnished with pig eyes if you're brave), waterfront views and stark architecture is fantastic. History often dwells on the lives of men rather than women, but that's not the case at the Cascades Female Factory, located at the foothills of Mount Wellington. Built in 1828, the factory was once a women's only convict facility and workhouse, so it seems fitting that it's now one of the only sites in Australia that is fully dedicated to highlighting the trials and tribulations of female convicts. Daily tours offer a glimpse into the day-to-day lives of the thousands of women and children that once lived and worked on the factory grounds. Or, if you love a little drama, make sure you're bundled up for the outdoors and catch the spooky two-person theatrical tour Her Story that takes place across the factory's grounds every day at noon. 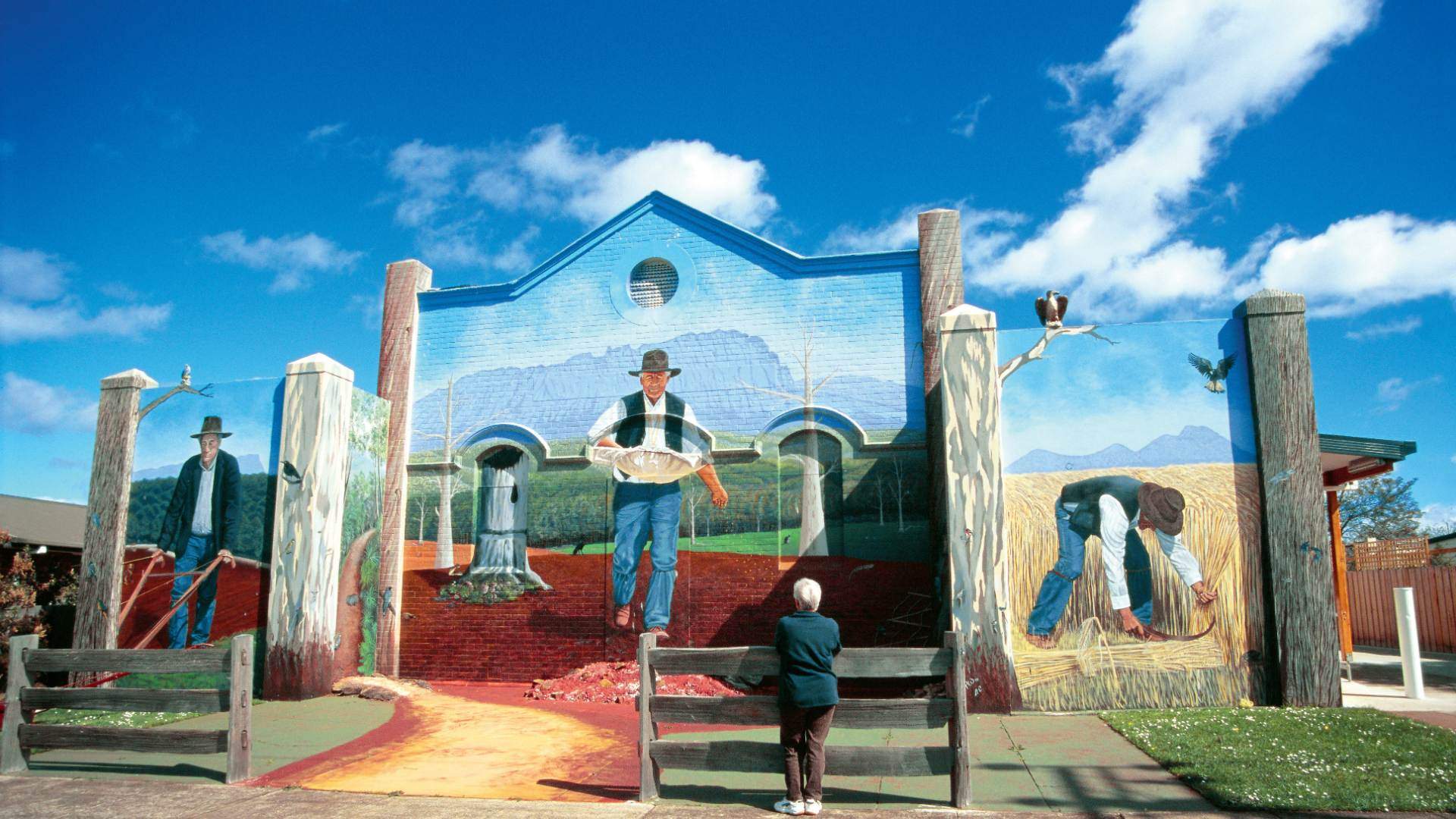 If there's one thing that you can always rely on in Tasmania, it's that the small island knows how to exceed expectations, particularly when it comes to art. So it's no surprise that the town of Sheffield is a totally normal rural Tasmanian town, except for the fact that it also doubles as the most impressive openair gallery. Covered in murals from head to toe — or from sheds to churches, to be more accurate — the 'Town of Murals' is a colourful wonderland that is well worth the one-hour drive from Launceston. Plus, each winter there are new murals to see, with the annual mural fest occurring at the end of April. THE SHIP THAT NEVER WAS — STRAHAN

Whoever said history had to be boring? Certainly not the people behind Australia's longest-running play, which turned 25 earlier in 2019. Filled with cheeky convicts and comedic tragedy, The Ship That Never Was immerses you in the true story of the great escape from Sarah Island. Intrigue, twists and laughter abound in this hilariously dramatic tale that manages to impart some interesting historical facts about the convict settlement of Macquarie Harbour while keeping the audience endlessly entertained. So get snug with one of the blankets and heat packs provided (you'll need it) and settle in for some educational entertainment. 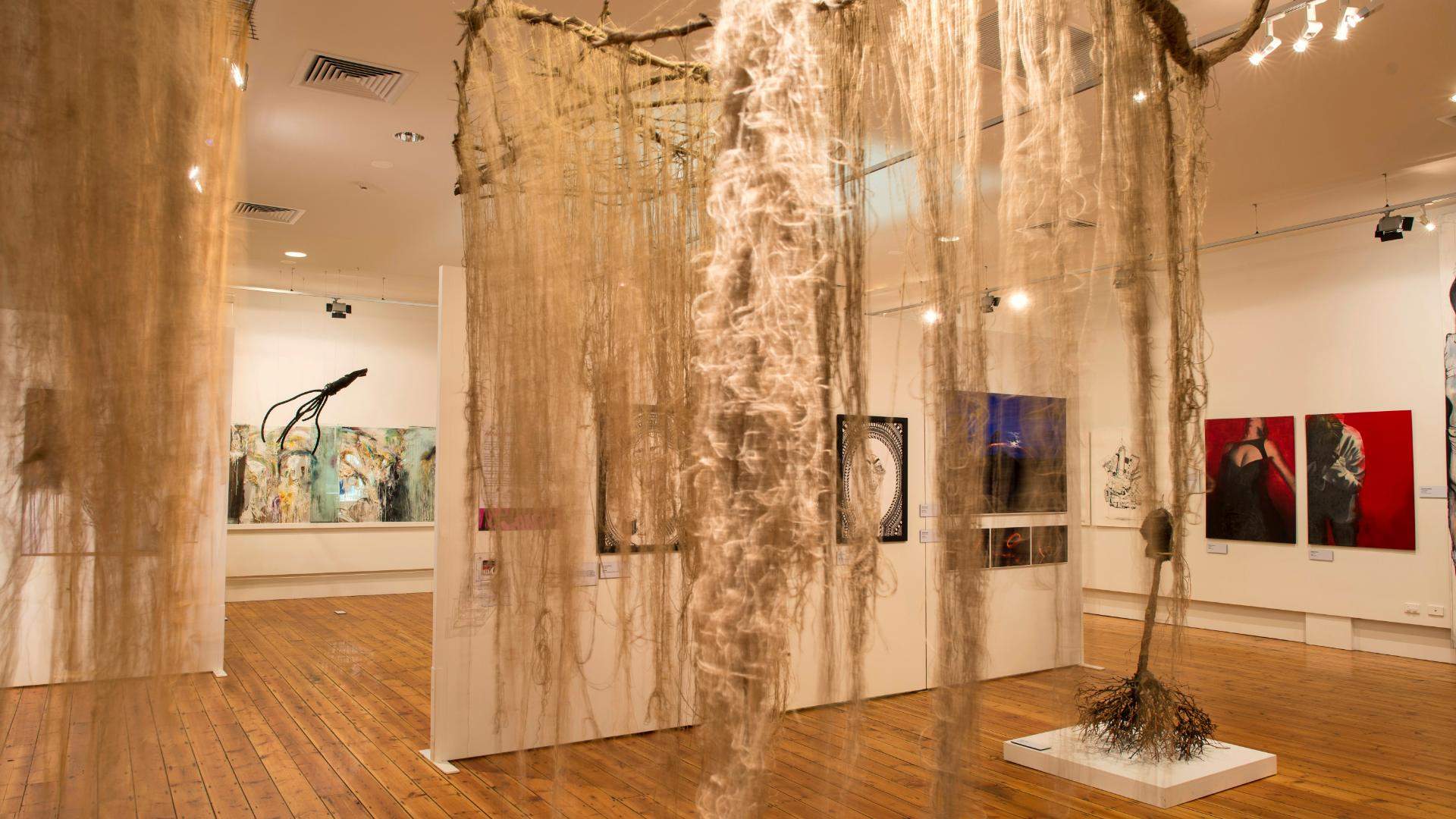 If you've come to Tasmania, then chances are you're at least a little bit intrigued by the state's interesting past. If that's the case, then the Queen Victoria Museum and Art Gallery should be your first stop during a trip to Launceston — or stops, rather. Split into two locations — the QVMAG Museum at Inveresk and QVMAG Art Gallery at Royal Park — this arty institution is a great way to get up close and personal with Tasmania's heritage and culture. Plus, both spots are great indoor options if the weather is just a bit too chilly. An exhibition by local artist Angela Casey that's full of dark sentiments and sinister depictions, The Enquiring Light will be showing throughout winter alongside the permanent archaeological exhibition, which includes life-size dinosaur replicas. Get ready to live out all of your Jurassic Park fantasies. TASMAZIA AND THE VILLAGE OF LOWER CRACKPOT — PROMISED LAND

Get lost. No really, do it — but not just anywhere. Do it at the self-proclaimed 'largest maze complex in the world'. Set against the beautiful backdrop of Mount Roland, the strange tourist site that is Tasmazia is actually pretty fantastic. There are eight mazes to lose yourself (and your mind) in, plus the Village of Lower Crackpot. The miniature town's charming exterior hides a darkly subversive humour that is slowly revealed through hilarious nods to the absurd — like its monument to whistleblowers and its School of Lateral Thinking. Our favourite is the Lower Crackpot's Correctional Centre, which is filled with plush guillotines and fake punishments. THE WALL IN THE WILDERNESS — HOBART

Staring at walls isn't generally considered a stimulating activity, but the Wall in the Wilderness isn't your average roof-holder. Using a series of timber panels, artist Greg Duncan has hand-carved a 100-metre-long depiction of the history of Tasmania's central highlands, creating a wall like no other. From the area's Indigenous people to the early pastoralists and hydro workers, the astounding artwork commemorates the people that lived in the harsh region. It has been critically compared to Michelangelo's painting of the Sistine Chapel — so you know it's worth the trip.