Ask any long-term Brisbanite, and they'll rattle off a list of great things about this fair city of ours. The glorious year-round weather, the plethora of spots to relax by the water, the ability to head either up or down the coast for a quick weekend away — they're all certain to rate a mention. So too should Brisbane's abundance of places where you can take a relaxed hike through nature. Just because you live in a city, that doesn't mean you don't want to go for a scenic mosey without straying too far from home, after all.

We all love wandering well beyond our own backyards, of course (and, when it's permitted, travelling much further afield). But during the pandemic, sticking to nearby turf has become a reality. Brisbane's COVID-19 restrictions have been fluctuating regularly, too, which makes all those nearby hiking trails look particularly attractive. So, next time you grab your partner and/or housemates, pack yourselves a picnic, jump in the car and get ready to start breathing in the fresh air while putting one foot in front of the other, odds are you'll be doing so by staying local. To help, we've rounded up five ace locations that fit the bill.

If you're heading out and about, have a look at the latest COVID-19 rules and social-distancing guidelines from the Queensland Government. For some, heading to Mt Coot-tha is all about wandering through the Botanic Gardens, driving up to the lookout and having a meal at the summit-top restaurant. For others, Brisbane's inner-city mountain is a hub for walking and hiking (and stopping for a bite to eat on the grass if you've come prepared, which we recommend). Towering above the city just 15-minutes drive from the CBD, Mt Coot-tha Reserve spans across 1600 hectares, and features plenty of walking trails and a hefty number of picnic spots. If it has been raining, you might also spy flowing creeks and rushing waterfalls — all while meandering along tracks that take anywhere from 15–90 minutes to complete. Previously known as Brisbane Forest Park, D'Aguilar National Park stretches over 36,000 hectares, which means there's always somewhere to walk. And, it starts right next to the aforementioned Mt Coot-tha Reserve, so this is another place where you can go wandering without leaving the city limits (if you prefer). Choose which part you'd like to see, or add them all to your list — whether you're eager to hike around Mount Nebo, feast your eyes on the water at Enoggera Reservoir, or head to Samford and Mount Glorious. If it's a lake, some grassy trails and a nice picnic spot you're after, you can also venture west to Lake Manchester, which is connected to the nearby dam around 15 kilometres north of Ipswich. No prizes for guessing what kind of creatures inhabit this patch of greenery in the Redlands region — which means that, while you're walking, you'll want to keep your eyes peeled. Even if you don't spot a furry, cuddly, big-eared Australian animal in Brisbane Koala Bushlands, you might just find plenty of other wildlife, as well as a whole heap of the native vegetation that wallabies, bandicoots, gliders, rosellas and kingfishers call home. On one of the bushlands' walks, you can stand on the boardwalk and peer out over Stockyard Creek. On another, you'll mosey past rainforest, wildflowers and ridges. Two of the site's tracks are also open to horse riders, too, so you might just have some equine company trotting along nearby. 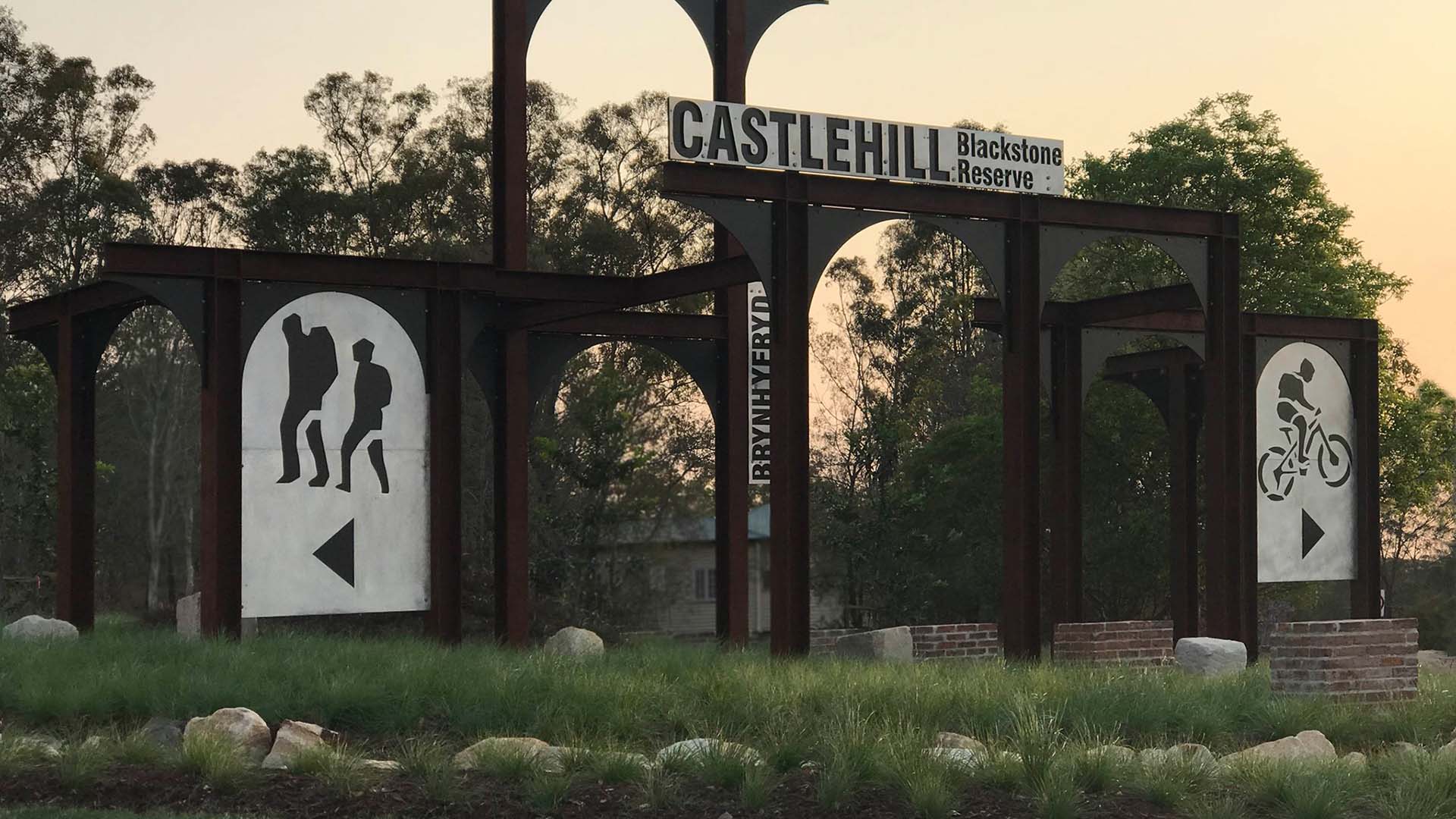 Hit the highway and drive west, and you can tick two things off of your to-do list at once. Firstly, you can get out of Brisbane without travelling more than 50 kilometres away. Secondly, you can find somewhere picturesque for a stroll — or, if you'd rather, a mountain bike ride. Castle Hill Blackstone Reserve boasts spaces for both, including four kilometres of foot trails that double as a walking museum. While you're hiking, you'll be enjoying a slice of history, dating back to the area's coal-mining past. And, you'll see the remnants of Brynhyfryd, the three-story mansion built in the late 19th century that was considered a castle — hence the region's name. Fancy getting out of the house not only for a change of scenery, or to get some exercise, but in the name of creative inspiration? If so, you might want to take a trip to Poet's Rock in Karawatha Forest. You don't have to start composing rhyming lines once you've strolled there, of course, but you'll be in a mighty eye-catching spot either way. Wetlands filled with frogs, flower-filled lagoons, and plenty of other flora and fauna are also part of this 900-hectare parcel of bushland, which is located in Brisbane's outer southern suburbs of Karawatha and Kuraby. And walking-wise, you can pick from eight different tracks, ranging from 20 minutes to one hour in duration.

You can check what other National Parks and State Forest site are open over at the Queensland Government website.