Get festive with your plus one at a Christmas market or a holiday-themed degustation.

Whether you're taking someone on a second date or doing the 100th with your significant other, we've got some stellar Sydney date ideas for this week, no matter your budget. Just think of us as your cultural wingman. EXPLORE THIS FREE EXHIBITION THAT MEDITATES ON RADICAL CARE

With 2022 coming to a close, Sullivan+Strumpf is presenting its final major solo exhibition. Featuring the works of Sydney-based artist Karen Black, Gentle Pulse showcases the artist's take on radical care — being more kind, soft and loving. The painting process of her pieces was intentionally slowed down in order to deliver a softer touch through the mind and hand.

Additionally, Black notes that each brushstroke on her canvas reveals a side of vulnerability. The exhibition will also feature Black's towering raw clay sculptural installation, which will be constructed over the course of two days. You can check these colourful and heartfelt pieces out in Zetland until Saturday, December 17. 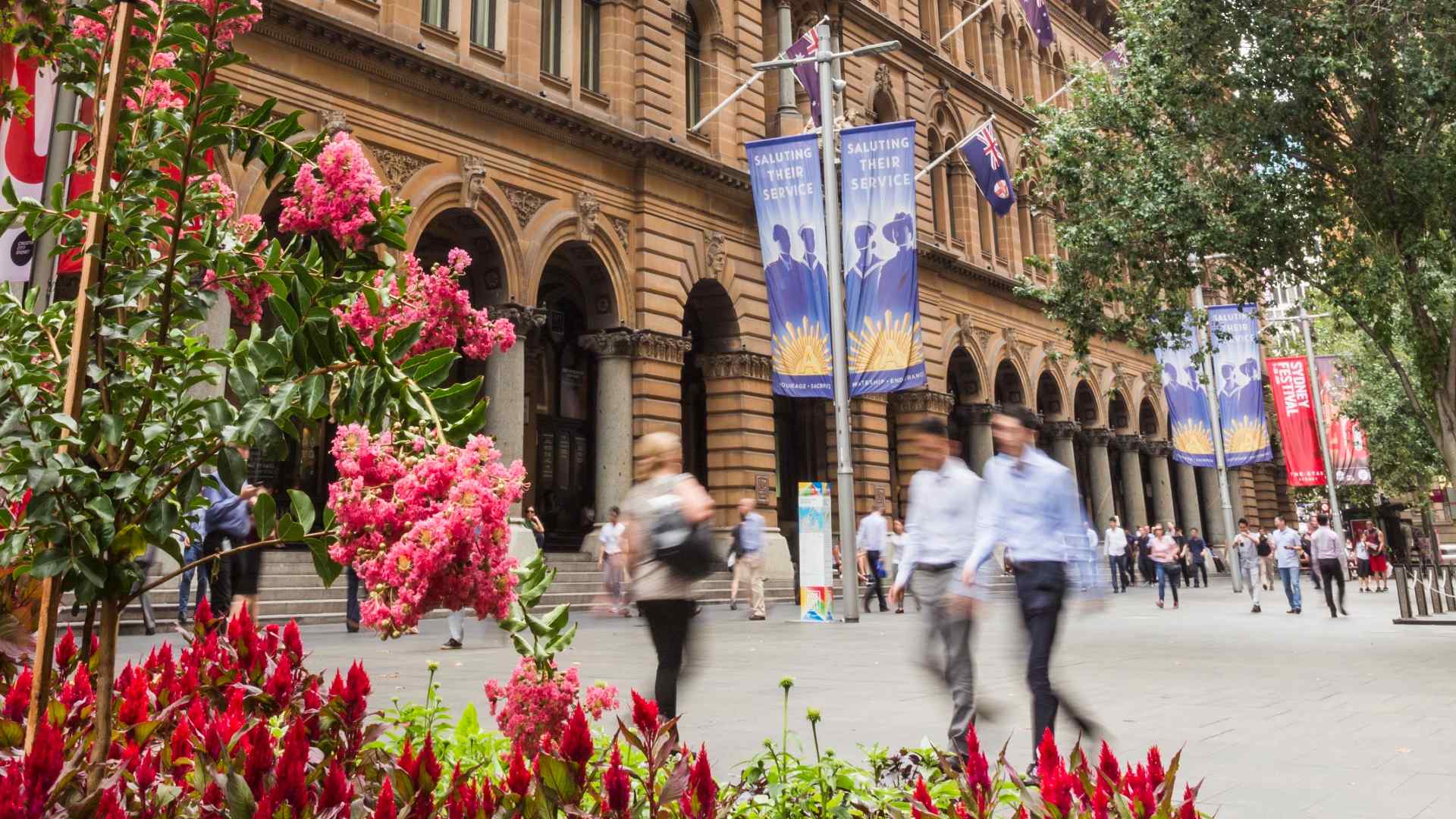 HEAD TO MARTIN PLACE FOR A HUGE NEW CHRISTMAS MARKET

Oh, Christmas, how we missed you dearly. The cold is slowly fading while the distant sound of Mariah Carey is rising. From November 26, the CBD is getting in on the festive spirit and becoming a winter (summer) wonderland with the help of the Martin Place Christmas Markets. The market is bringing 40 stalls of food, fashion, gifts, homewares and much more to the bustling boulevard — as well as performers and carollers roam the stalls and decorations deck the halls.

The markets will be running from 11am to 8pm every Thursday, Friday and Saturday right up to Christmas Eve (and 9am to 3pm on that day), with a regularly rotating offer of stalls ensuring no two nights are the same. And on the opening night, revellers can bear witness to the lighting of the Martin Place Christmas tree and a festive firework show to usher in the season. Entry is free, but be warned, you may end up spending more than you had planned on this year's gifts once you see all the goodies on offer. If you missed its opening run of progressive arts and culture program, Pleasures Playhouse is a vibrant pop-up venue in an abandoned Chinatown cinema. After closing in October 2022, there was a huge wave of support to make it a permanent fixture in Haymarket, and while the venue hasn't been able to confirm it'll be sticking around long term, it has announced another six weeks of parties running until the end of the year.

The second run of programming will kick off on Wednesday, November 23 with Hannah Reilly and Jonny Hawkins' night of speeches I'd Like to Say a Few Words which will feature appearances from the likes of Jane Caro and Nina Oyama. From there, Heaps Gay will be hosting a relaunch party on Saturday, November 26, Sydney collectives like Leak Your Own Nudes, Superficial and AM//PM will be throwing parties and the Send Noods Cinema will be returning among a whole range of different events. You can check out everything that's been announced so far over at Pleasures Playhouse's Instagram, with the venue promising that there are more events to come. UNCOVER THE WONDERS OF SHARKS AT THE AUSTRALIAN MUSEUM

Australian Museum has launched an exhibition that explores the ancient predators of the ocean: sharks. Highlighting the diversity of the aquatic species, the exhibition features an array of activities for all ages. Guests are greeted with eleven life-size shark models – Hammerhead, Reef, Great White, Sand Tiger, Bull and Whale sharks – and specimens from the Australian Museum collection. Interactive experiences, workshops and activities are also available during your visit, along with monthly talks about the future of sharks featuring a panel of renowned shark scientists and cultural experts.

With industrial fishing and water pollution at their peak, ocean life is in danger more than ever. Thankfully, you'll be able to uncover how to protect these friendly giants through the knowledge of the First Nations and Pasifika Peoples. Plan ahead and book your ticket now via the Australian Museum website. The Sharks exhibition will run until Tuesday, January 31, 2023. GET FESTIVE AT NEL'S CHRISTMAS-THEMED DEGUSTATION

If it works for KFC and Moulin Rouge!, it can work for Christmas: that's Sydney fine-diner nel's approach in 2022. Earlier in the year, it served up a luxe 11-course degustation that riffed on the Colonel's finest. And, when Moulin Rouge! The Musical first arrived in town, it also went with a decadent nine-course array of dishes dripping with French nostalgia. Now, with the festive season upon us, the restaurant is getting merry.

Available until Friday, December 23, the CBD institution's new Christmas menu features a turkey dinner in miniature stack form, for instance, plus a savoury gingerbread house and a spin on the Aussie favourite that is the shrimp cocktail. There's also a dish featuring lamb rolled in gold, leek hay, myrrh oil and smoked pea puree that nods to the nativity story — yes, it comes with gifts from three wise men — plus a flaming 'Santa's Beard' and a snowy 'Walking in the Air' scene.

Sydneysiders can tuck in for $165 per person, with another $165 each on top for the booze. Or, there's a non-alcoholic matching drinks selection for $85 per head.