The 'Killing Eve' star plays a brilliant young barrister in this scorching one-woman play, which'll screen in cinemas Down Under in July.

Love theatre? Desperate to see all the latest and greatest shows that London's West End has to offer, or the British theatre scene in general? Live in Australia, rather than the UK? If you answered yes to all of these questions, and you can't afford to zip over to Britain and back to indulge your stage fix — because who can? — then you're probably a huge fan of National Theatre Live.

Since well before the pandemic, this theatre-to-cinema program has beamed live versions of hit London stage productions into Australian picture palaces. If you watched Danny Boyle's phenomenal version of Frankenstein starring Benedict Cumberbatch and Jonny Lee Miller, as everyone should've, then this is how you saw it. If you caught Carey Mulligan and Bill Nighy in the also-phenomenal Skylight, it was thanks to NT Live, too.

(And if you found yourself streaming other British theatre shows during lockdowns, that's because National Theatre set up its own online platform when we were all at home as well.)

NT Live's Aussie cinema program has been back up and running as the venues themselves have been doing the same, and it has something massive in store in July: Prima Facie. The one-woman play marks the West End debut of Killing Eve star Jodie Comer, who plays a brilliant young barrister. And it'll be showing in movie theatres Down Under from Saturday, July 23. 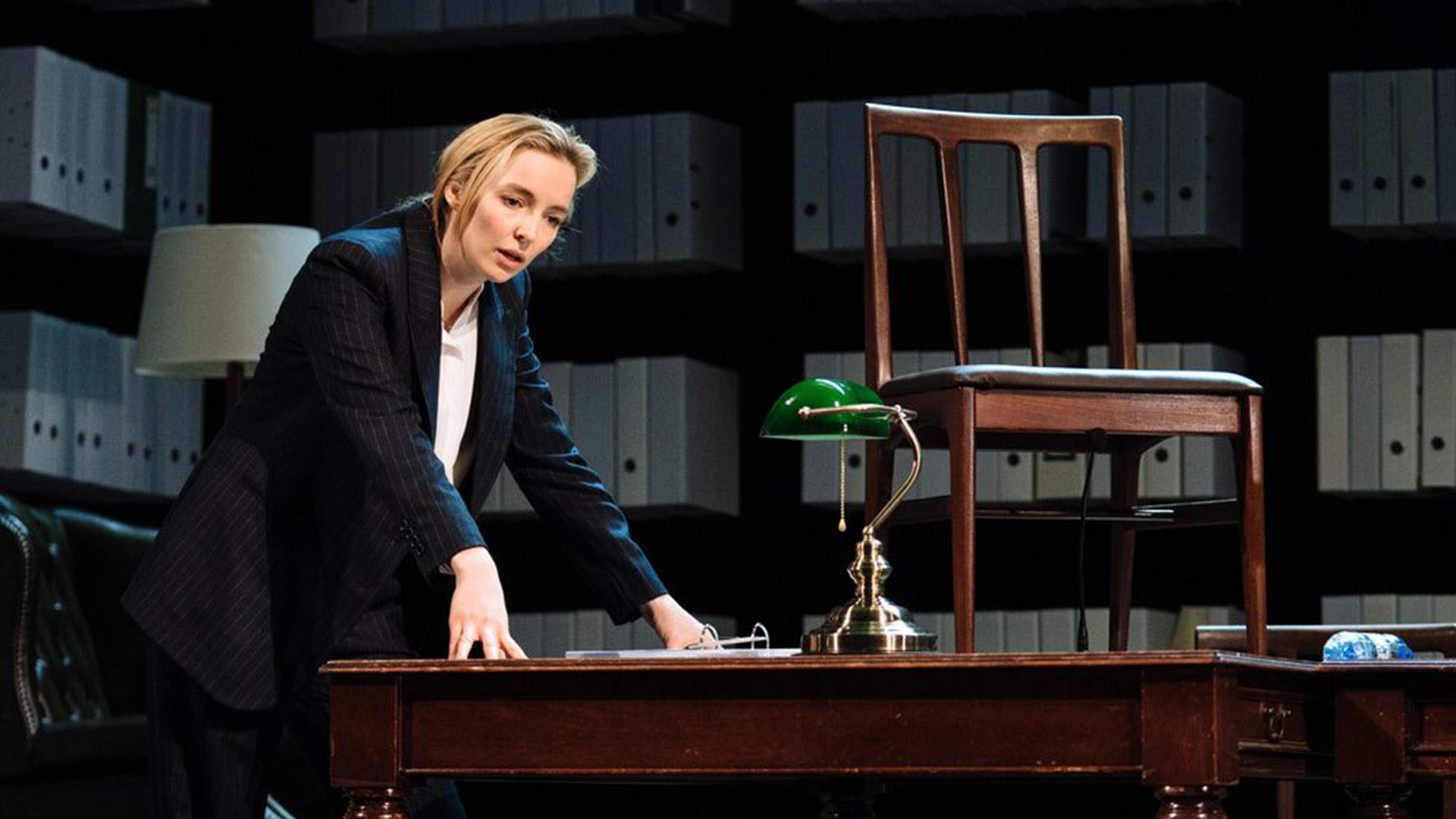 Penned by Australian British playwright Suzie Miller — and an AWGIE winner in 2020 at home for its Griffin Theatre premiere season — Prima Facie also sees Miller herself make her West End debut. Her play follows legal eagle lead Tessa (Comer, The Last Duel, Free Guy), who has succeeded in her field after working her way up from working-class origins. Then, thanks to an unexpected event, she's forced to examine power dynamics, the patriarchal force of the law, morality and burdens of proof.

NT Live's recording of Prima Facie was captured live at the Harold Pinter Theatre — and, as all such stage shows that make the leap to cinemas as filmed versions of the original plays, the visual presentation is designed to make you feel like you're really there. It'll also show in Palace Nova Eastend in Adelaide, as well as Luna Leederville and Luna on SX in Perth.

And if you're wondering what else is on NT Live's schedule, it's doing Shakespeare — Henry V starring Game of Thrones and Eternals' Kit Harington, in fact — from Saturday, June 25.

Check out the Prima Facie trailer below:

Prima Facie will screen in Australian cinemas from Saturday, July 23.