Hang an iconic Japanese artwork on your wall — made out of plastic bricks.

One of the most famous artworks in the world is coming to your home, ready for you to peer at whenever you want. Even better: you don't need a hefty bank balance or to be a Glass Onion-style tech mogul to afford it. You will have to build the iconic piece yourself, however, and it will be fashioned out of plastic bricks — all thanks to the latest addition to Lego's art range.

That masterwork: The Great Wave off Kanagawa by Katsushika Hokusai, aka the woodblock print that dates back to 1831, is part of the artist's Thirty-six Views of Mount Fuji series and is instantly recognisable. Depicting a stormy sea with Mount Fuji in the background, the piece might just be the best-known Japanese artwork ever, with original versions on display everywhere from the Tokyo National Museum to the British Museum in London and the Metropolitan Museum of Art in New York. The Great Wave is certainly one of the most reproduced in history, but making the leap to Lego is a first. 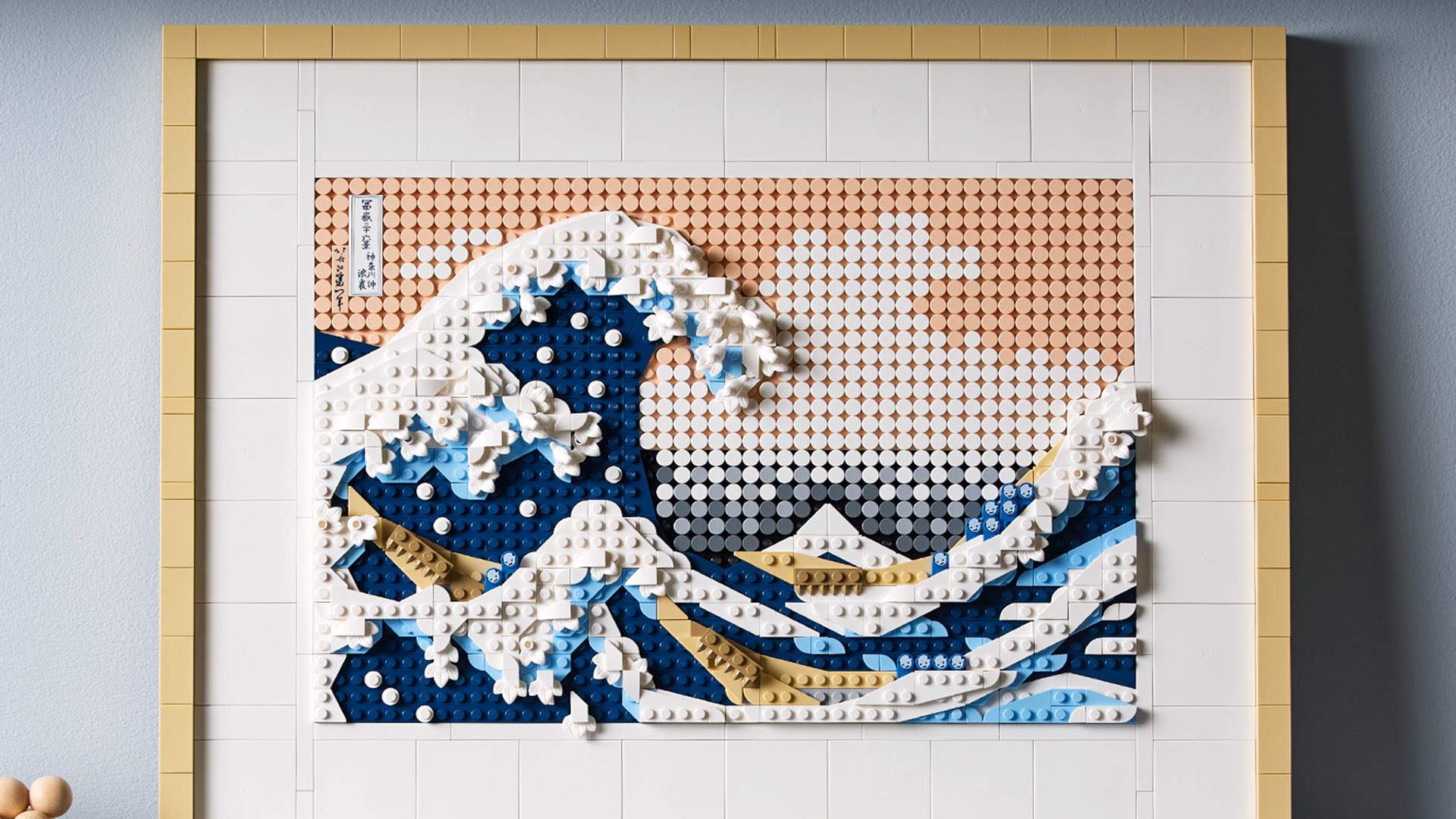 How many bricks does it take to turn such a beloved nearly 200-year-old print into a Lego creation? That'd be 1810, including tiny circle blocks for intricate detail. Indeed, this layered 3D set doesn't just recreate just the design of Hokusai's original, or the overall image, but its lines and depth as well.

The Lego Art Hokusai: The Great Wave kit has started hitting stores worldwide, and will be available Down Under from Wednesday, February 1. Genuinely big enough to hang on your wall, The Great Wave set is unsurprisingly aimed at adults — a group that Lego has been courting for years, including with succulents, orchids, bouquets and bonsai fashioned out of bricks, because the toy brand knows that you don't ever really grow out of its interconnecting blocks. Lego's latest artistic reimagining follows in the footsteps of the company's The Starry Night set in 2021, which gave Vincent van Gogh's masterpiece the same treatment.

Also included in The Great Wave kit, which'll cost AU$169.99 / NZ $179.99 when it goes on sale: a decorative tile with Hokusai's signature. Plus, Lego has created a soundtrack to go with it, so you can listen along as you build, as part of its ongoing focus on adults using its bricks to relax. For more information about Lego's new 'The Great Wave' kit, which goes on sale on Down Under on Wednesday, February 1, head to the company's website.