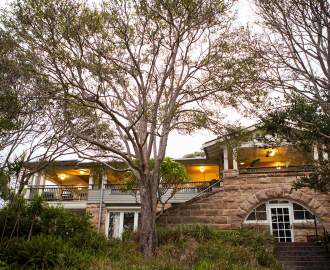 Newtown's beloved brewery is about to have solar power on tap, all day, every day. The City of Sydney is running a new project to help community sustainability organisation Pingala build a solar power plant on top of the Young Henrys brewery. Yep, that's a whole lot of Sydney awesomeness in one sentence.

Thanks to a grant from the City of Sydney, the Young Henrys brewery will be somewhat powered by electricity generated by the solar photovoltaic panels. This will apparently shirk 127 tonnes of greenhouse gas emissions from the Wilson Street brewery per year. Cheers to that.

It's all down to the enviro-conscious folks at Pingala, a Sydney-based community organisation who fight tooth and nail to make Sydney more sustainable, move the city away from fossil fuels and bring solar farms and plants to Sydney. The Pingala crew hope to set a precedent for other similar businesses across the city, who'll hopefully be inspired by the Young Henrys project to make their own breweries or the like cleaner. Plus, Sydneysiders will be able to more easily understand what Pingala can actually do.

“Our vision is for a clean energy future where everybody can share in the benefits that come from solar,” says Pingala volunteer Jake Steele. “It’s exciting to give non-traditional solar owners an opportunity to participate in a local project. Now anyone from renters to students to pensioners can get involved in solar energy in their own neighbourhood."

Young Henrys, with their longtime dedication to keeping things local and reducing their environmental impact, were an obvious choice for the project. They're already running a pretty damn sustainable joint— they not only encourage growler refills to save on glass but they donate around one tonne of spent grain to local farmers as chicken feed daily (instead of simply chucking the waste in landfill).

The Pingala/Young Henrys project is all part of the City of Sydney's Sustainable Sydney 2030 plan, which has seen solar power installed in 28 Sydney sites so far, from libraries to swimming pools. “It’s an amazing concept for us to be reducing our carbon footprint and producing local beer from locally owned, renewable green energy in the heart of our community," said Lord Mayor Clover Moore. “This project shows it’s technically and economically feasible for Sydneysiders to get on board with community energy."

Find out more about what Pingala do in this handy CP feature.

Published on November 02, 2015 by Shannon Connellan