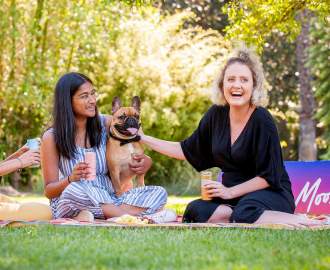 Master filmmaker Ken Loach is back with another heartrending exercise in social realism.

Master filmmaker Ken Loach is back with another heartrending exercise in social realism.

There's a reason that veteran British filmmaker Ken Loach likes to shoot his characters from afar, and frame his socially minded features in a way that makes audiences think they're peering at reality. The director behind the likes of Kes, My Name is Joe and The Angels' Share might've spent his five-decade career largely telling fictional tales, but there's nothing more interesting to him than getting to the truth.

That's why, in this year's Cannes Film Festival Palme d'Or winner I, Daniel Blake, viewers spend much of the movie watching the eponymous figure (Dave Johns) navigate his surroundings. Dan spends his days chatting with his neighbour, seeking assistance from the local welfare office, and helping a single mother, Katie (Hayley Squires), as she struggles to get by. And yet, through Loach's lens, this everyman's ordinary life couldn't be more revealing.

Working with American Honey cinematographer Robbie Ryan, Loach observes things from a distance. At the same time, in collaborating once again with screenwriter Paul Laverty, he rifles through intimate details. As such, the film pulls off an illuminating and empathetic balancing act, exploring the minutiae of Dan's quest to receive financial support after having a serious heart attack on a building site, while placing his plight in the context of an uncaring system seemingly designed to punish rather than aid those in need.

Accordingly, I, Daniel Blake starts with a scene that evokes both horror and humour, the two emotions that underscore every part of the film. The screen remains black as the opening credits roll and Dan answers questions from a woman about the state of his health. They're standard questions, read straight from a form, that ignore his individual circumstances and are clearly designed to deem him fit for work, despite his doctors' advice to the contrary. Dan gets frustrated and angry, and eventually starts joking around when it's clear that nothing else will work. By the time Loach pairs the sounds of their conversation with the corresponding imagery, the absurdity and the injustice of the situation is already clear.

Whether they're charting Dan's conversations with unhelpful government employees, or chronicling Katie's efforts to start a new life for her kids, there's no doubting where the sympathies of Loach and Laverty reside. There's also no avoiding the passion and fury that drives I, Daniel Blake, or its attempts at shining a light where it's needed most. This isn't just a feature about the specific characters at its centre and the many others they represent. It's also a movie filled with small acts of kindness and amusing human antics that rally against the pervading culture of institutionalised cruelty and austerity.

As always, Loach favours stark naturalism — in both the bleakly lit Newcastle offices and homes that provide the film its backdrop, and in the organic performances offered by his cast. It's an aesthetic choice that helps heighten the sense of despair, while also ensuring that every fleeting moment of on-screen happiness feels earned. As portrayed with grim pain, wavering determination and an intermittent sense of levity by Johns and Squires, this is ultimately a film about people; whether they're beaten down by bureaucracy, making the most of what they've got, or doing whatever it takes to claw their way back up again.