A Look Inside Mary's Underground, the Fancy New CBD Restaurant and Jazz Bar from the Mary's Crew

As well as a full French-style bistro menu, it also has a seafood bar and gigs running six night a week.

When long-running live jazz spot The Basement announced it was closing in March last year, a wave of sadness rippled through the Sydney live music community. It seemed the Circular Quay venue was set to be another empty space. But then Mary's hospo duo Jake Smyth and Kenny Graham (also responsible for resurrecting The Lansdowne and The Unicorn) stepped in, announcing they would take over space and reopen it as Mary's Underground. And this week, the venue officially opened to the public

It's probably not what you expected from the Mary's crew. There are no burgers on the menu (though you can find them upstairs at Mary's CBD) and it's more of an eat-with-cutlery situation. Smyth and Graham have diverted slightly down the bistro route for Mary's Underground — making it a place where you can do dinner and a show as well as just a drop-in drink on a rowdy night out.

As promised back in February, the venue will keep The Basement's commitment to live music going, with gigs running every night except Sunday (when the bar is closed). To give you an idea of what the programming has in store, this week's schedule includes a six-piece Afro-Cuban band, a ten-piece South London jazz performance and a New Orleans-inspired house brass band. 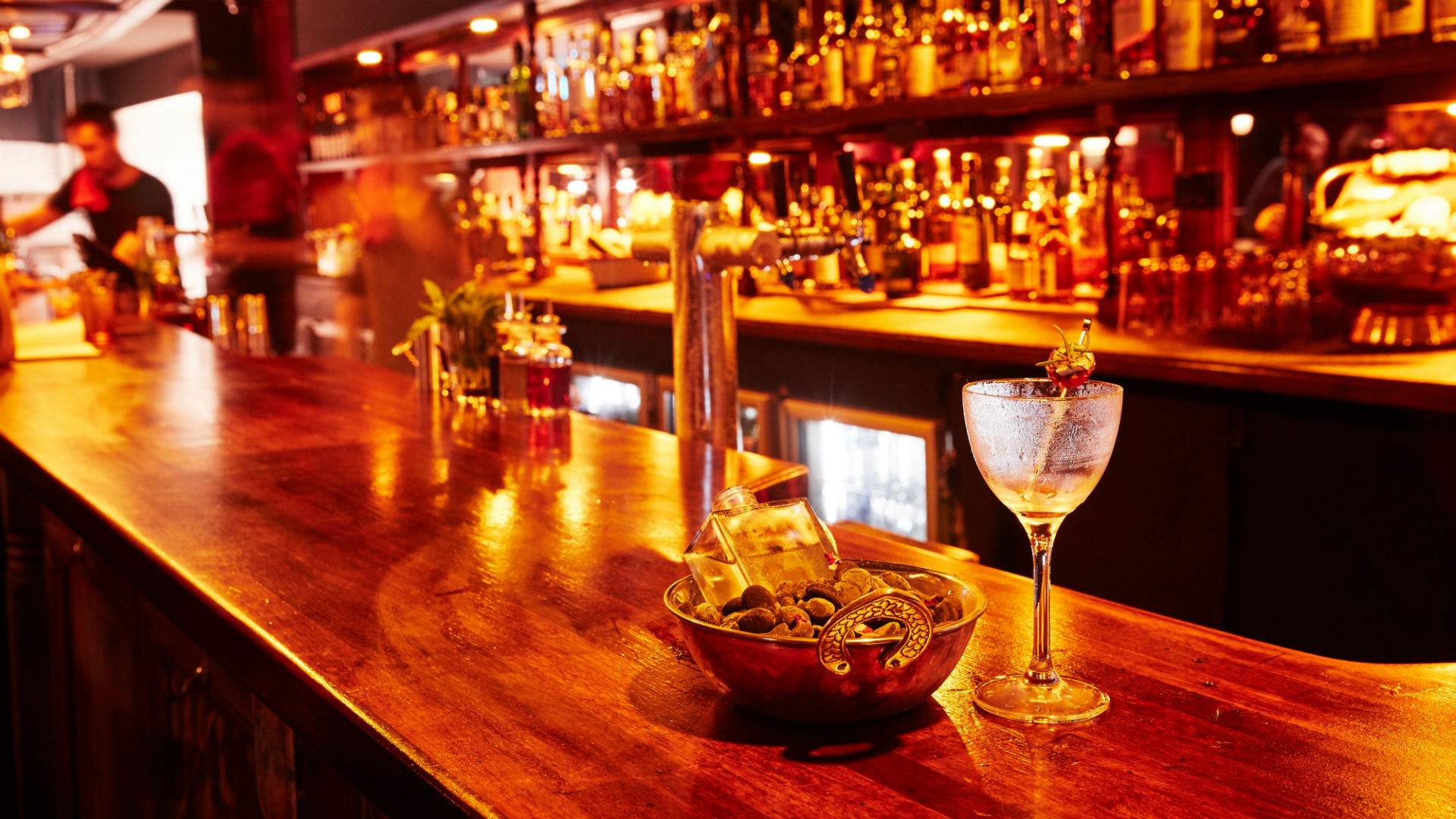 But apart from the focus on live music, the venue isn't going for a theme other than "Sydney 2019". According to Smyth, he and his team — which consists of award-winning sommelier Caitlyn Rees (ex-Fred's), bar manager Karl Coombe and head chef Joel Wootten (both ex-Rockpool) — "aren't trying to recreate another time or another feeling", wanting the venue to instead "scream 'now'".

Still, the menu has a distinct French vibe that's hard to ignore (and similar to that of Restaurant Hubert around the corner). Think caviar, oysters, lobster and a $300 seafood tower. Unlike at Mary's, you won't be able to get a meal for less than 20 bucks here.

But if money is no object, the gents suggest trying the a serve of the Tasmanian sea urchin, the rock lobster potato salad and the Spanish tortilla (with the addition of blue swimmer crab, naturally). For mains, the French-style breaded whiting and the rotisserie duck with persimmon and star anise ($70 half, $140 whole) are Smyth's go-to. He also suggests ordering all of the seven sides — which include hasselback carrots and a parsnip and macadamia gratin — and finishing off with rhubarb and rosella mille-feuille for dessert. Yeah, you'll need to bring a few mates along if you're planning to follow in these footsteps.

If you're just after some seafood, find a spot at The Clam Bar, a 30-seat wine and oyster bar down the back. This has a dedicated chef shucking, slicing and plating fresh market seafood before your eyes.

If you'd rather something quick and casual — or vegan — you can always pop up to Mary's Circular Quay upstairs. As well its cult fave beef burgs, the bar also serves Mary's first ever completely plant-based burger. On the wine side of things, Rees — whose accolades include the 2018 Gourmet Traveller Sommelier of the Year — has designed an extensive eight-page wine booklet (which includes a whopping 37 bottles of chardonnay) and every bit of it is organic or biodynamic. She's working towards keeping the list at half-Australian and half-international producers, the latter being mainly Italian and French varietals.

Offsetting the enormous wine list is a succinct list of six cocktails — three specialty and three lesser known classics — that will change monthly. The list, according to bar manager Coombe, will showcase the bar team's tastes, as well as classics that it feels have "been overlooked or underrated by the hospitality community".

Those include the Rum Uppercut (a mix of smoked rum and Plantation overproof rum with amaro, spiced pineapple syrup, bitters and Young Henrys cloudy cider) and Coombe's version of a Lychburg Lemonade (Jack Daniel's No. 7, Cointreau, lemon and soda). A regular classic is set to be the Filth and Fury, which is the venue's signature dirty martini. It infuses Poor Toms gin with Adelaide Hills Distillery dry vermouth, Australian bush tomato and edible seaweed.

While certainly a more grown-up venture than the group's previous venues, you can still expect Mary's usual party vibes to prevail. "Our target market is people who want to feel like they are appreciated — people who want to spill wine on their dress while dancing, and people who don't give a fuck about being seen doing so," Graham says. "We want people to come and celebrate and connect and revel and party and forget the bullshit."

Find Mary's Underground at 7 Macquarie Place, Sydney. It's open Monday to Thursday from 5pm–1am and Friday to Saturday from 5pm–3am.