It was trialled in The Rocks and Broken Hill, then rolled out to the Sydney CBD, northern beaches and Bega Valley — and now the New South Wales Government's Dine & Discover program is becoming available statewide. The scheme provides $25 food and entertainment vouchers, and had been earmarked to expand across the state in March. Today, Friday, March 19, Premier Gladys Berejiklian confirmed that it was proceeding as planned.

Different local government areas will gain access to the program each week, starting with 67 LGAs around the state right now.  The list of areas currently able to nab vouchers includes Campbelltown, Sydney, Hornsby, Ryde and northern beaches in Greater Sydney, plus everywhere from Byron and Lake Macquarie to Narrabri and Snowy Monaro — with the rest of the state due to be added in the coming weeks. Everywhere across NSW will have access by the end of March.

To take advantage of Dine & Discover, you'll need to be a NSW resident over the age of 18 — with everyone who falls into that category becoming eligible to receive $100 in vouchers when the program hits their area. You'll then score four $25 vouchers, with two available to use at restaurants, cafes, clubs and other food venues from Monday to Thursday, and the other two specifically for cultural institutions, performing arts, cinemas and amusement parks seven days a week.

The vouchers can be used at a hefty list of spots — including Dendy Newtown, the Enmore Theatre, Sydney Opera House and the Australian Maritime Museum. Also on the list: Earl's Juke Joint and The Bank in Newtown, Love, Tilly Devine and Lankan Filling Station in Darlinghurst, Ria Pizza and Wine in Potts Point, Since I Left You in the CBD and Lilymu in Parramatta. 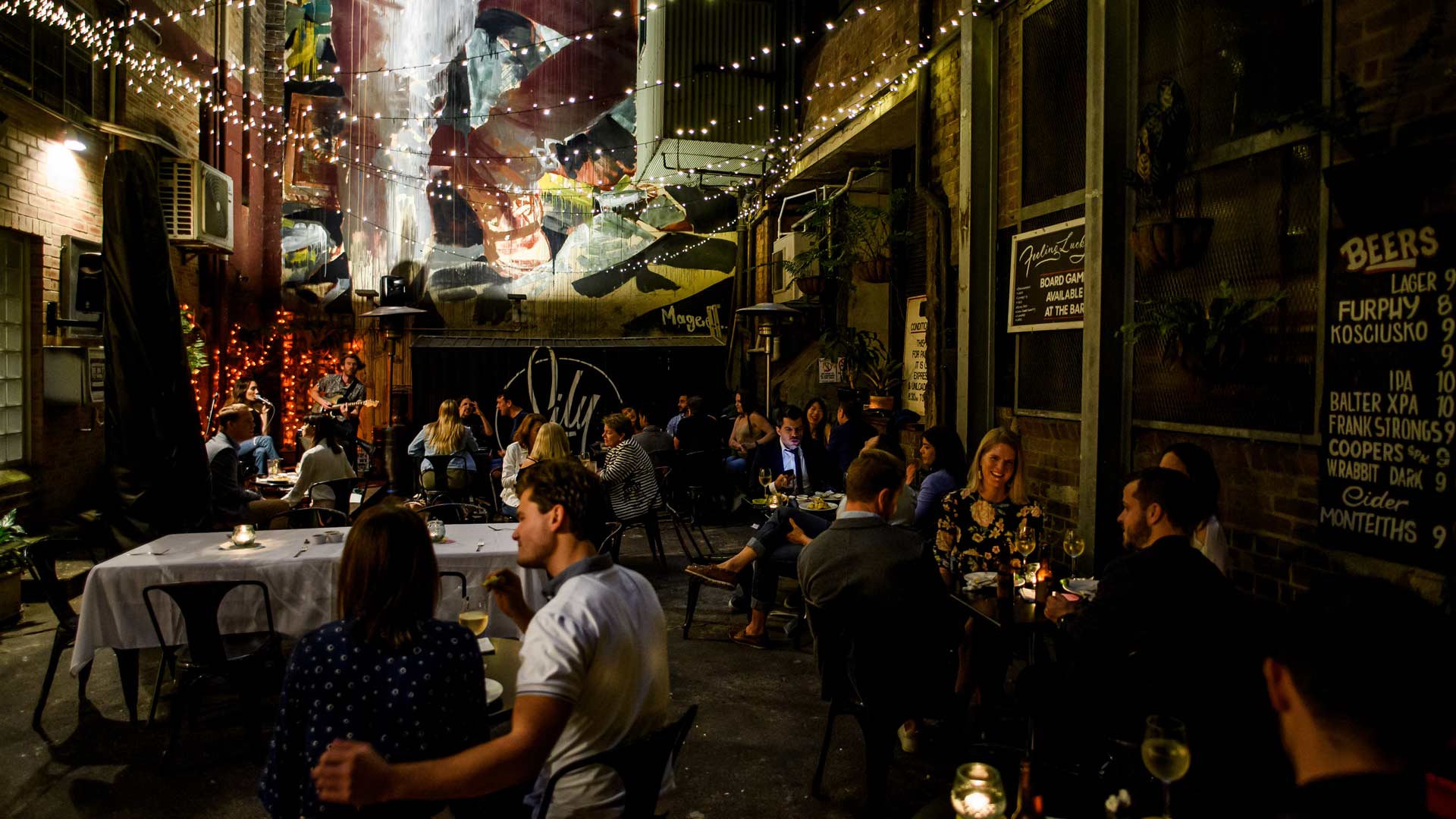 Since I Left You

There are a few caveats, understandably. The big one: you have to use the vouchers by June 30, 2021. If you were thinking of redeeming the vouchers over Easter, though, you'll need to revise your plans — as you can't redeem them on public holidays.

You also can't use them on tobacco, alcohol or gambling. And, you can only use each voucher once, including if your transaction totals less than $25. You'll need to use your vouchers separately, actually, because the idea is to get NSW folks heading out several times to several different places.

To access the vouchers, you'll need a MyServiceNSW account — and the corresponding Service NSW app, so you can use the vouchers digitally. You can only redeem them at participating and COVID-safe registered businesses, however, which are listed online. Businesses can still register to participate.

Hospitality company Sydney Collective has already announced that it'll double the value of the vouchers at eight of its NSW venues — so it'll give you an extra $25 on top of each $25 voucher.

The Dine & Discover program was announced as part of the NSW Government's State Budget 2020–21 in a bid to help NSW's hospitality and entertainment businesses, which had a rough run during COVID-19. Originally called Out and About, the program is designed to encourage folks to head out of the house, have a meal, and see a movie or show. And, to do so on multiple occasions.

The NSW Government's Dine & Discover scheme is now being rolled statewide. For more information — including which Local Government Areas now have access to the program, and which businesses are participating — visit the government's website.