Even when your boss keeps you chained to the desk till sundown, the day needn't be filed as a write-off. Sydney isn't only good for clandestine beaches, idiosyncratic water holes and splashing about under falls, it has night swimming on tap, too. Here are five spots where you can take a dip after dark, with enough light to see, while protected from nocturnal sea life.

Before we dive in, though, a word of warning. While night swimming can be all sorts of fun, it can also prove dangerous. It's definitely not recommended for the intoxicated or for those lacking in swim-confidence. We've swum frequently at each of the following locations at night, but conditions can change: lights go out, surf reaches scary heights, shark nets are only nets — not concrete walls. Take people with you and keep your judgement handy. It might be a tangle of action during the day, but, after 11pm, Bronte is as tranquil as a mountaintop monastery. There's no pub or hostel to attract raucous types, so, once the eateries wind down, it's all empty streets and quiet parks. The pool, however, never closes. It makes for fantastic night swimming because you have the reassurance of four walls, yet you're close enough to the surf to experience a sense of wildness. Even better when the moon's full. Bronte Pool lies at the southern end of Bronte Beach. Like Bronte, Ross Jones combines the security of solid enclosure with an absolute oceanfront position. Your swim comes with panoramic views across Coogee Bay and out to the horizon, through walls that mimic the battlements you might find on expert sandcastles. The pool was built back in 1947 and has since been photographed extensively by the likes of Ian Lever and Ken Duncan. Find Ross Jones Memorial Pool at the southern end of Coogee Beach, just next door to the SLSC. 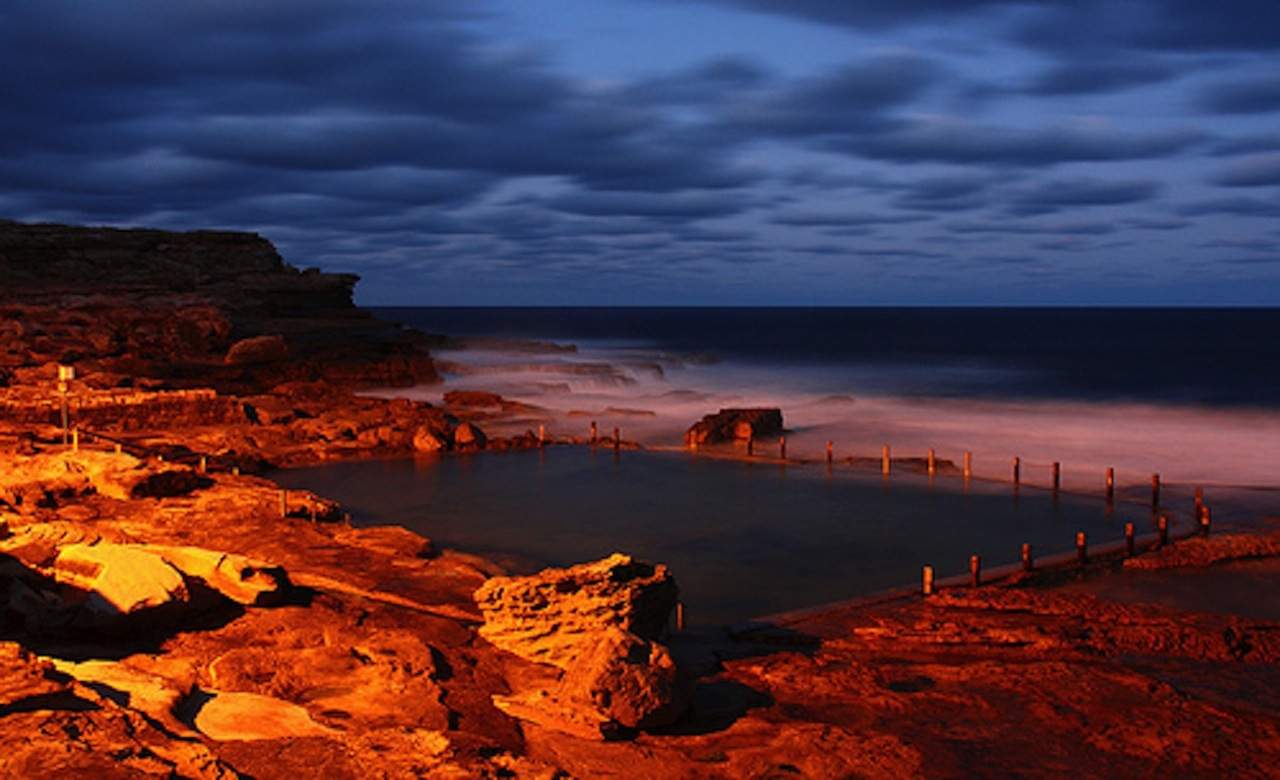 For even more wildness, head further south to Maroubra's Mahon. It's one of Sydney most invigorating ocean pools – when the tide's high and the swell's raging, waves come crashing over the walls. Plus, being hidden away at the bottom of a headland and occupying an especially exposed position, it really does feel a long way from the city. Flood lighting provides visibility at night. Take care when walking around — wet rocks are slippery rocks. To reach Mahon Pool, descend the staircase on the coast side of Marine Parade car park. 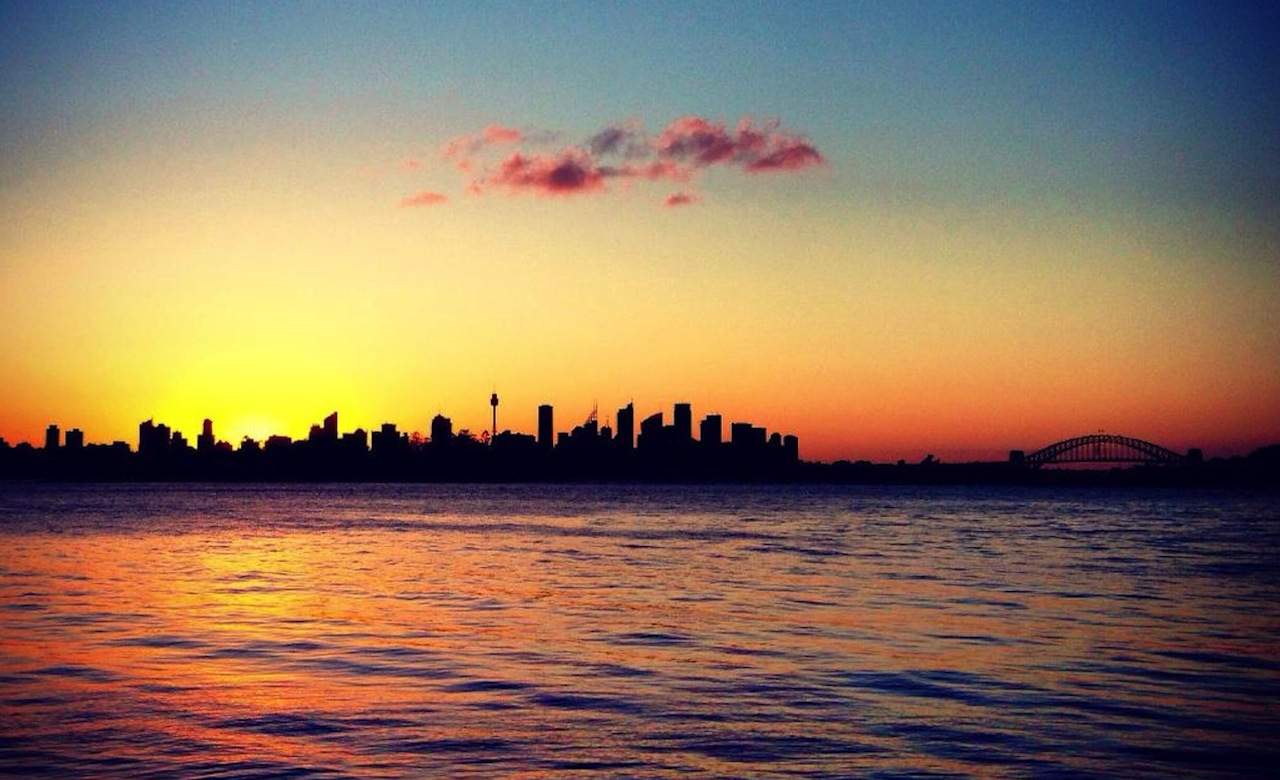 For a spangled city skyline, Sydney Harbour's Shark Beach is hard to top. The view extends all the way from the titanium glow of Sydney Tower to the Bridge, foregrounded by national park. Don't let the name frighten you off – the swimmable part of the beach is hemmed in by floor-to-surface netting in summer. Floating about freely in the deep, inky water – where I definitely wouldn't be hanging around in the absence of anti-shark protection – is kind of exhilarating. Beg your boss for an early mark, so you can catch the sunset. Shark Beach is off Nielsen Park, Greycliffe Avenue, Vaucluse. When the Watsons Bay Baths were revamped in 2010, they gained Olympic proportions. So, if you're the next Ian Thorpe, pop down here for some mean midnight lap training. Alternatively, float about at your leisure, taking in the city views, or sprawl out on a pontoon. They're intended for sunbathing but are equally effective for stargazing. Once you're done, the Watsons Bay Boutique Hotel is just a warming trot across the grass. Let it be emphasised that pub sojourns should take place after — and not before — swimming. You'll find the Watsons Bay Baths on Marine Parade, just opposite Tea Gardens Cafe.

Published on February 27, 2015 by Jasmine Crittenden