From mighty five-kilometre trails to sweet little spots for beginners, Australia doesn't fare too poorly on the snow front.

These spirited answers just go to show that, despite having an international reputation for sun and surf, we don't fare too poorly on the snow front either. In fact, the country just had a stellar start to the ski season and , in the middle of winter, all of the snowy bits of the Aussie Alps are actually bigger in surface area than Switzerland. Take that, Northern Hemisphere.

So, now you know that Australia is actually a secret winter wonderland, where should you head for some frosty good times? We take a look at ten of the country's best resorts, helping you choose the one that suits you — whether you're looking for gnarly vertical drops or a massage and a glass of fine wine between runs. If you're into extremes, then get yourself to Thredbo. Here, you'll find the longest run in Australia — the mighty, five-kilometre-long Crackenback Super Trail — as well as the country's highest lifted point, Karel's T-Bar, at 2037 metres. Then, for complete and utter terror, there's the super-steep Balls to the Wall pitch as well. Beginners are catered to, too, thanks to friendly Friday Flat, where many an Aussie has conquered his/her first snow plough. All in all, more than 50 runs weave their way across the resort. In between skiing and snowboarding, try snow-shoeing in back country, tobogganing in the Snow Play Park, eating at Australia's highest restaurant or apres-skiing in Thredbo Village, where you can sip champagne while star gazing in the Alpine Hotel's outdoor jacuzzi. The resort also has a heap of events going on all season, which you can check out here. Reckon size matters? Make tracks to Perisher, the biggest ski destination in the Southern Hemisphere. It became so in 1995 when the four resorts within it — Perisher, Smiggins, Blue Cow and Guthega — joined forces. You get 1245 hectares, 47 lifts, seven mountains and five terrain parks to carve up on. One of the trickiest runs is Olympic, on Back Perisher Mountain, while, for newbies, Smiggins Holes makes falling over not-too-scary. If you're keen to take a break from down hill skiing, there are 100 kilometres of marked cross-country tracks to try. On-snow sleepovers abound, but Perisher also allows the affordability of a stay in Jindabyne (try this cabin). From there, drive to Bullocks Flat and catch the Ski Tube. Charlotte Pass is the fine wine of ski fields. Just 50 hectares in size, with only five lifts, it doesn't attract the crowds and hype of Thredbo or Perisher. But, it does have the magical advantage of being the only snowbound resort in Australia. A car won't get you there; you have to catch an over-snow buggie from the Skitube. Thredbo might have the nation's highest chair lift, but Charlotte Pass isn't far behind — at 1765 metres at its lowest point and 1954 at its highest, it makes for rather reliable snowfall. The limited accessibility is definitely an excellent excuse to stay on-snow in the irresistibly cute Charlotte Pass Village. For affordability, Selwyn is hard to beat. Here, $599 buys you a pass for the entire season. That said, Selwyn doesn't offer the excitement of Thredbo or the scale of Perisher. Like Charlotte Pass, it's on the compact side, with just ten kilometres of runs in total. However, it's closer to sea level, the lowest point being 1492 metres and the highest 1614 metres, which makes the season shorter. If you're new to skiing or boarding, though, and are looking to develop your skills, Selwyn's a top choice. Overall, the terrain is pretty gentle and you won't have to worry about aggressive types cutting you off while you're bravely snow-ploughing your way along screaming internally with your eyes firmly closed. 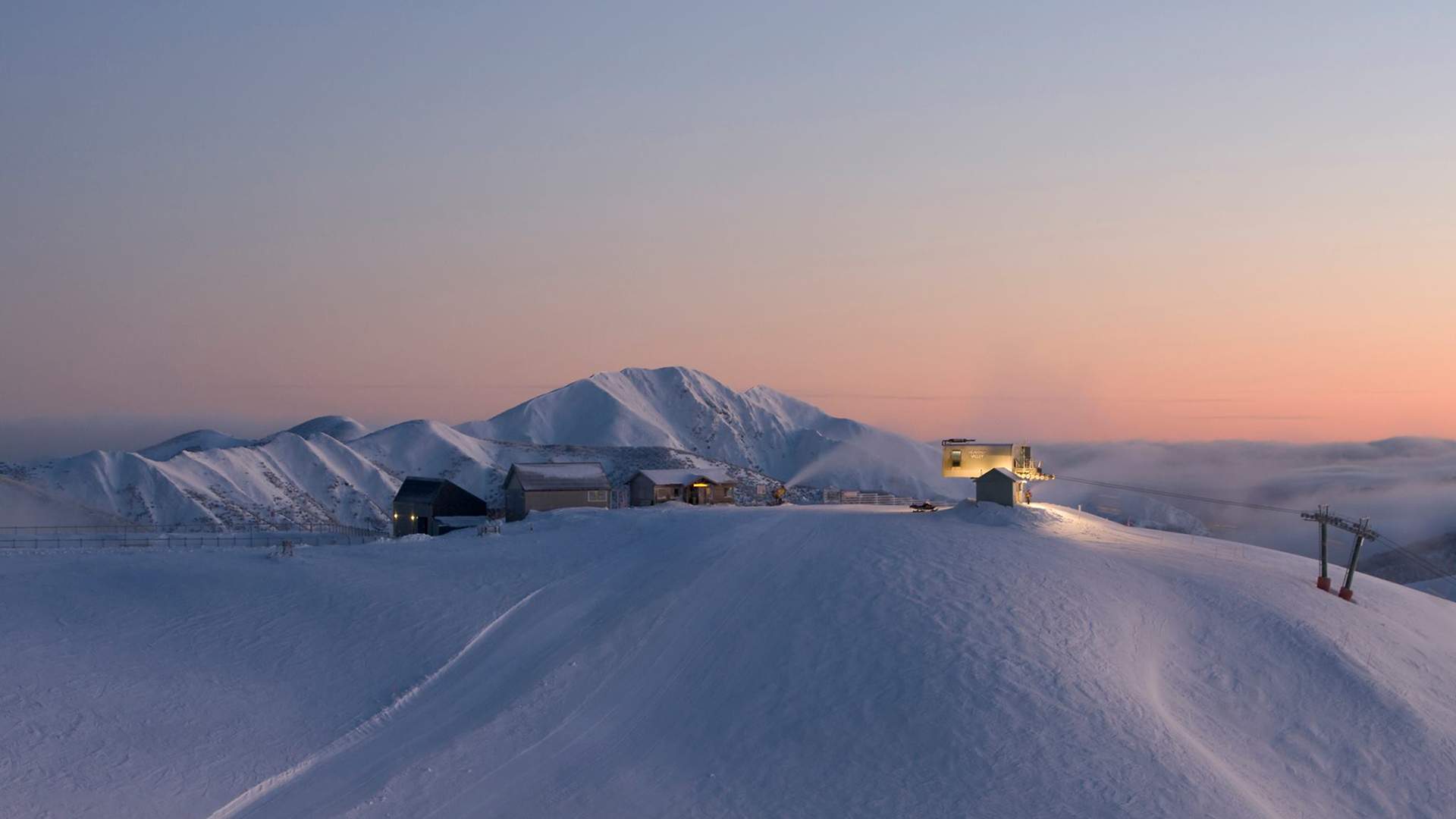 Another spot that'll have you towering above mere, grass-bound mortals is Hotham, the highest resort in Victoria. Like Thredbo, it comes with spectacular vistas and, on good days, promises bucketloads of powder. If you're keen to take a break from doing all the work yourself, casually join a dog sled ride, which involves a bunch of huskies whooshing you across the snow, or book a snow mobile journey in back country. In between conquering the mountain, you can slip into an on-snow day spa or grab a gluhwein (a traditional Austrian beverage with red wine, cinnamon, oranges and cloves) in your pick of 20 bars and restaurants. There are a bunch of hotels, lodges and chalets on Mount Hotham; alternatively, hob nob at Dinner Plain, a village ten kilometres away that specialises in luxury stays, pretty snow gums and an outdoor onsen. 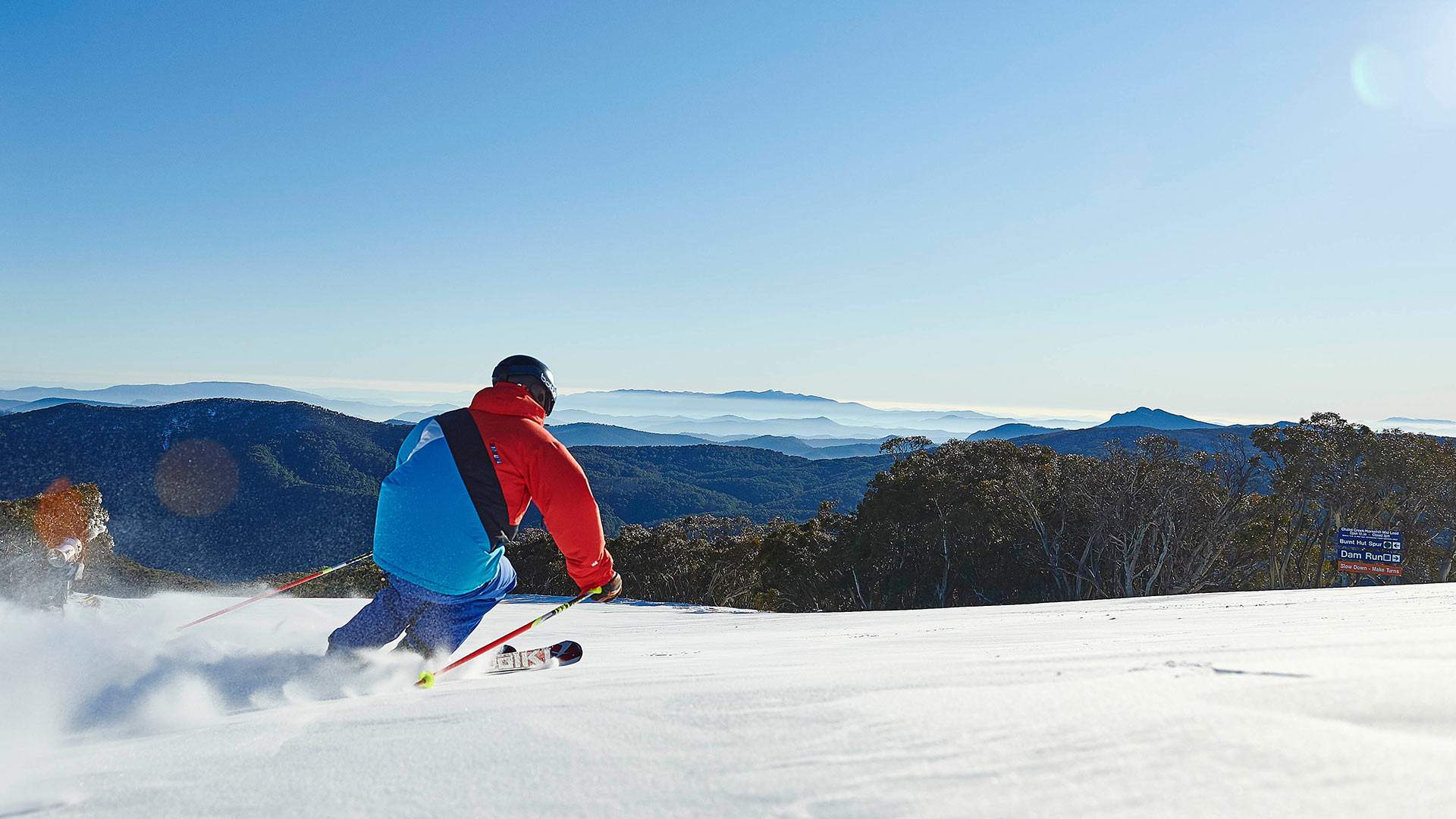 Mount Buller is only three hours from Melbourne, so you can ski it as part of a day trip if you don't mind an early start. It's also got more lifts than any other Victorian resort, with 22 lifts across 300 hectares. Pro skiers should head to the south side of the mountain, where they'll find plenty of black (read: difficult and scary) runs, while intermediates will be happier on the northern side, scooting down blue runs. If you've never even so much looked at a pair of skis before, grab a Discovery Pass, which includes a lesson and access to eight beginner's lifts. You can do husky rides here, too. Off-snow, you can take five in Australia's highest day spa, go rock climbing and hop between 30 bars and restaurants. Not keen to drive back to Melbourne? There are 7000 beds in Mount Buller Village. 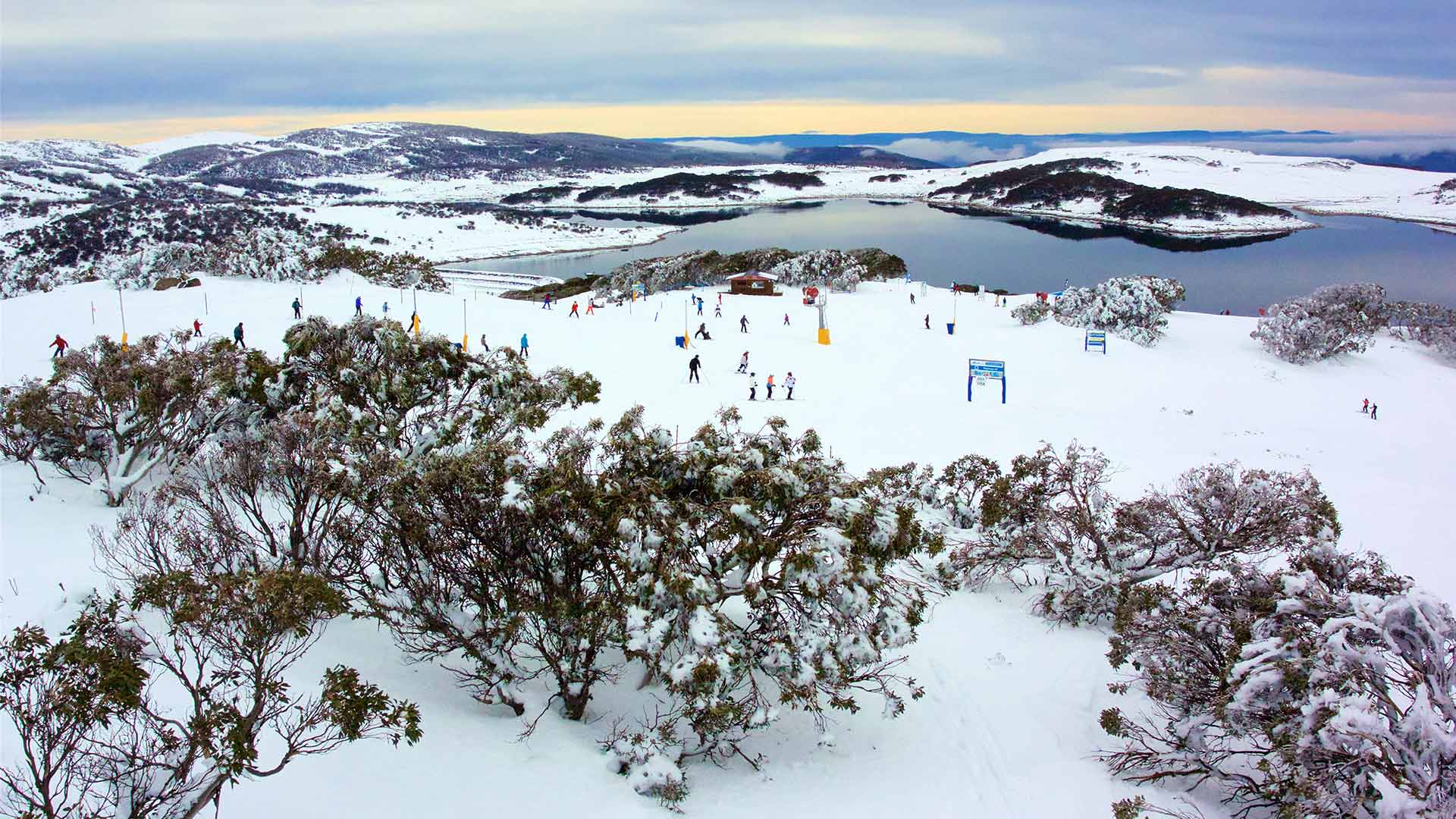 Falls Creek might be a third of the size of Perisher, but it's still the largest ski resort in Victoria. 450 hectares give you 15 lifts and more than 90 runs. The terrain is less dramatic than at other spots, which means that a whopping 80 percent of it suits beginner and intermediate skiers. And, in between downhill escapades, you can investigate 65 kilometres of cross-country trails. If you're around at the end of August, check out the Kangaroo Hoppet, a marathon 42-kilometre-long ski race which happens to be the Southern Hemisphere's biggest snow sport event. If your main objective is to get to snow — any kind of snow — as quickly as possible, then head for Lake Mountain. It's just two hours' drive from Melbourne, so it's an even easier day trip than Mount Buller. However, the terrain is for cross-country skiing only, which means no downhill thrills. The adventure here is more about strapping on a pair of cross-country skis or, if you'd prefer to walk, snow shoes, and having a bit of an explore of the 37 kilometres of trails. There's also a park dedicated to snow people and a flying fox that bears you through the air for 240 metres. Mount Baw Baw is officially the closest downhill ski resort to Melbourne, being just two-and-a-half hours' drive away. It's not as vertical as Mount Buller, but less flat than Lake Mountain. Plus, like Charlotte Pass and Selwyn, it's little, offering just ten kilometres of runs. So, it's another sweet spot for beginners, especially nervy ones. When you're ready to take a break, go careering around back country in a sled led by huskies, experiment with snow shoeing or swing by stunning Red Rock Spa, surrounded by giant-sized granite boulders and snow gums. Despite being our southernmost and therefore coldest state, Tassie isn't well-known as a skiing destination. There's no shortage of snow though, and the resorts are small, laid back and friendly. Plus, if you go in June, you can combine your skiing with a moment or two at Dark Mofo. The best-known resort is Ben Lomond, on Tassie's second highest peak, and getting there is an adventure in itself: it's at the end of a long, narrow road that twists and turns its way up the mountainside. The scenery is epic, but just don't expect fancy facilities, as at Australia's major resorts — things are kept pretty simple and rustic here.

Ben Lamond is about 220 kilometres or three hours' drive north of Hobart.

Published on June 17, 2018 by Jasmine Crittenden