Winter Sports World is planning to open in Western Sydney in 2025, complete with a 300-metre indoor ski slope and a restaurant with snow views.

Right now, if Australians want to spend a day carving up the snow, there are a few prerequisites. Frosty weather is a must, and so is getting to one of the country's ski resorts — but that could change from 2025.

For Sydneysiders, that snowbound routine usually involves jumping in a car for at least five hours, heading to one of New South Wales' ski spots. Jumping on a train to Penrith, where a new $400-million indoor Winter Sports World has been proposed for the city, will be much, much easier. The centre has also received Penrith Council's official endorsement and is now waiting on NSW Department of Planning and Environment approval — and the team behind it has just unveiled how it'll look. The resort's features have been highlighted before, including a 300-metre indoor ski slope, a winter wonderland play area, a competition area for snow spots, and both ice and rock climbing facilities. And yes, to answer the key question, Winter Sports World will indeed use real snow.

A food and drink precinct featuring bars, restaurants and cafes, and a 120-room hotel have also been included in the proposal — all with snow views. The just-released designs show how Winter Sports World will appear from the outside, however, complete with touches by Sydney architecture firm Collins & Turner to resemble the venue's' alpine inspiration. The 300-metre-plus northern facade is set to glow at night, takes inspiration from snow clouds on a hill and will apparently look like a blizzard, while the centre's public area and curved lower-level facade will resemble melting ice. Ice shard details are also set to feature.

Due to be built in Jamisontown on the corner of Jamison Road and Tench Avenue, Winter Sports World will include water streams, networks of paths and eight-metre-high message sticks as well, with telling First Nations' stories about living on Dyarubbin part of the design. The development, which sought public feedback in 2020 and is being put forward as a new major attraction for the area, is part of the Penrith City Council's plan to double visitors and tourism revenue in the area by 2025.

Once built, the facility is hoped to provide a boost to Australia's Winter Olympians and their training, providing a venue for alpine skiing, freestyle skiing and snowboarding. The Winter Olympics haven't traditionally been one of Australia's sporting strong suits — the national team first competed in 1936 and didn't win its first medal until 1994. 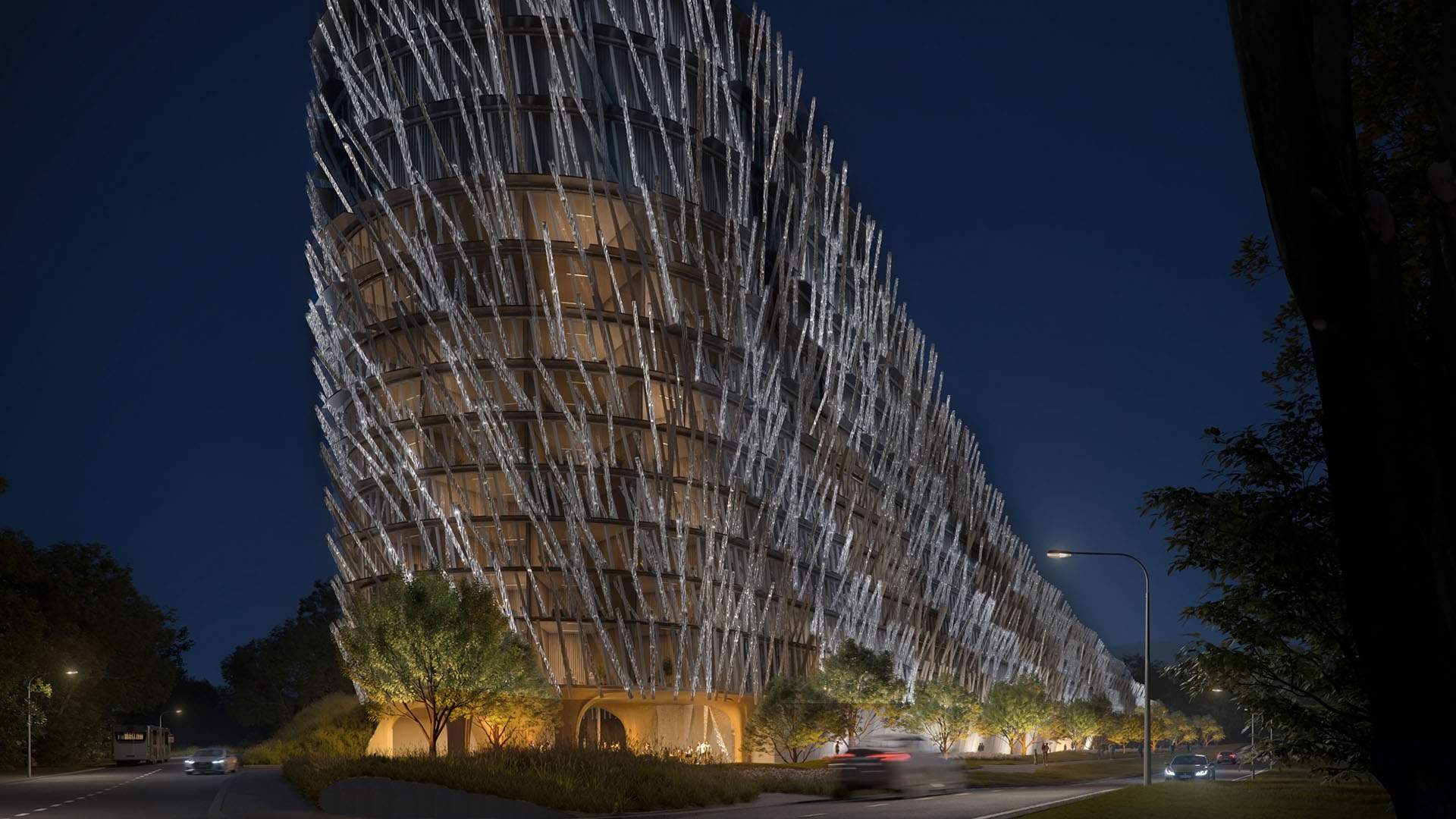 The proposal for Winter Sports World has been in the works since November 2018, with site owner and developer Peter Magnisalis lodging a development application with the NSW Department of Planning and Environment this month.