Watch the latest eerie thriller from the 'Get Out' and 'Us' filmmaker from your couch.

Apologies to your usual streaming queue — and to everything from the past month you're still trying to catch up with, too — but if you're a horror fan, there's only one acceptable way to spend your viewing time during October. Filling every spare second with unnerving flicks new and old is what the lead up to Halloween is all about. Scary movies work all year round, of course, but this is their season.

Here's one to add to your list for your next couch session: Jordan Peele's Nope, the comedian-turned-filmmaker's third stint behind the camera, and a movie that's just as great as his Oscar-winning Get Out and equally exceptional Us. Yep, when it comes to making the leap from an iconic sketch comedy series to helming horror fare — and having a hand in bringing everything from BlacKkKlansman and the ace latest Candyman flick to Hunters and Lovecraft Country to our eyeballs, too — the former Key & Peele has been having a helluva time of it. Nope only hit cinemas in mid-August, and it's actually still showing on the big screen — so it joins the list of films that've been fast-tracked to digital while still gracing picture palaces. That's no longer a rarity, given that everything from Dune, The Matrix Resurrections, Spencer and West Side Story through to Everything Everywhere All At Once, The Unbearable Weight of Massive Talent and Elvis have done the same thing this year.

Still, the timing of this digital release couldn't be better, especially if you've spent the first few days of October working out which chilling movies you're going to enjoy all month. 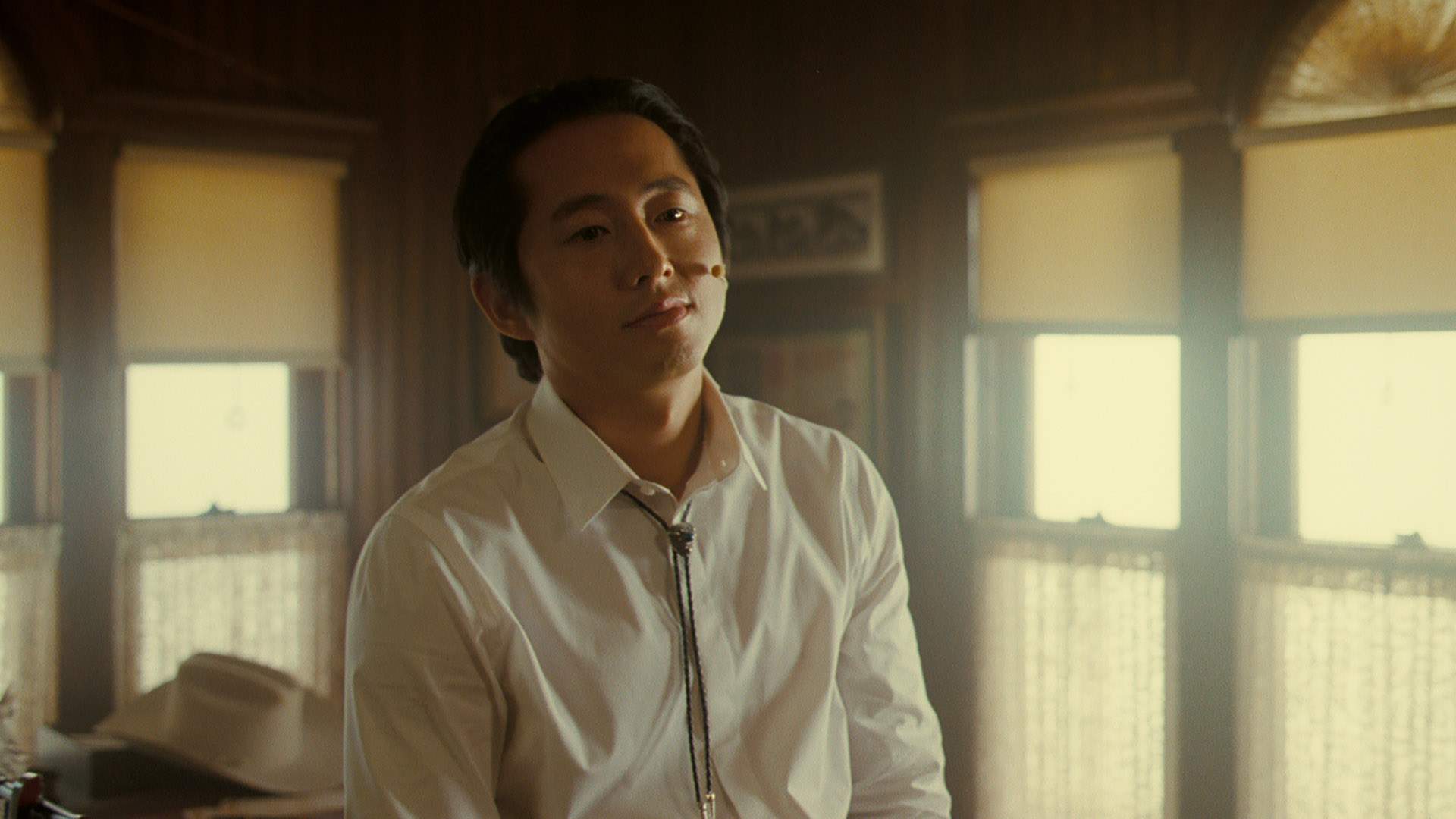 The film reteams Peele with Get Out star and Judas and the Black Messiah Oscar-winner Daniel Kaluuya, with the latter playing Haywood's Hollywood Horses trainer OJ. His family ranch is proudly run by the only Black-owned horse trainers in show business (with Hustlers' Keke Palmer as his sister Emerald), with their connection to the industry dating back to the very birth of cinema. But their remote patch of inland California soon becomes home to a disturbing discovery — and the fact that everyone spends a fair amount of time either looking up in horror or running away from something chilling in the sky in the trailers says plenty.

Emerald decides that they need to capture what's happening on film, which is where Michael Wincott (Veni Vidi Vici) and Brandon Perea (The OA) come in — one charged with standing behind the lens, the other selling tech equipment. And, the Haywoods aren't the only California residents seeing this uncanny presence in the sky, with neighbour, rodeo cowboy and former child star Ricky 'Jupe' Park (Steven Yeun, The Humans) also peering upwards.

As with all of Peele's celluloid nightmares so far, the less you know going in, the better. Get ready for a whirlwind of unsettling imagery, though, including fields of colourful inflatable tube men waving in the breeze, the creepiest of clouds and shadows, and a big leap into X-Files territory.

Nope is currently screening in Australian cinemas (and NZ cinemas), and is also available to stream online via video on demand — including via Google Play, YouTube Movies, iTunes and Prime Video in Australia, and Neon, Google Play and iTunes in NZ. Read our full review.