New Zealand's South Island is home to some of the most beautiful sights one could ever imagine. There are some spectacular wineries, plus it's home to a burgeoning network of craft breweries and distilleries that are making beers and spirits to a remarkably high standard. So, where exactly are these innovators of imbibing located? Well, you can find them scattered all over the island — if you're planning a big trip around the whole South, we've found a spot for you. To help you on your drinking journey, we've crafted the ultimate brewpub itinerary. Let's start at the top and work our way south. 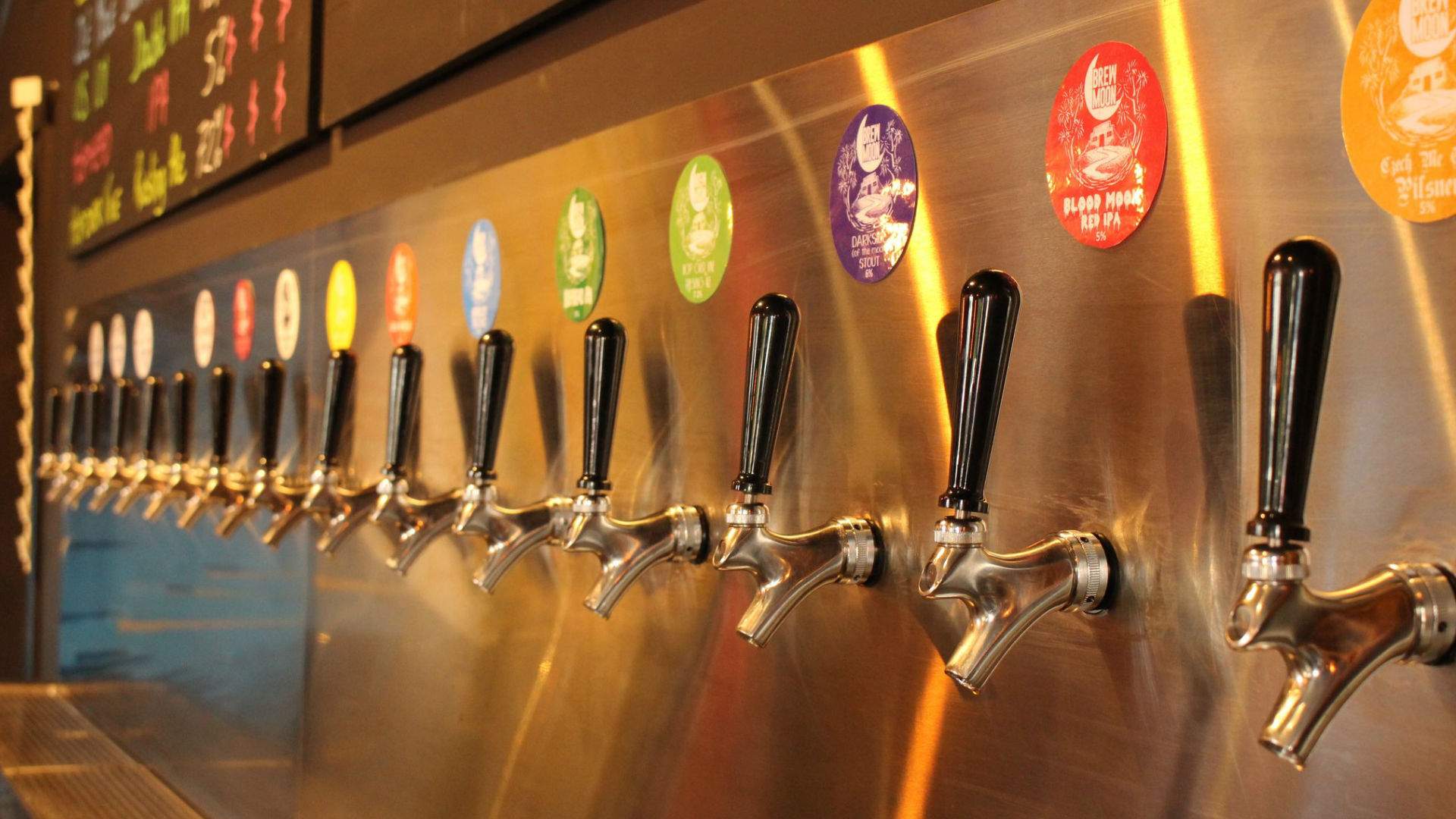 Established in 2002, the Brew Moon Brewing Company is a family-owned brewery and taproom in Amberley, North Canterbury. Brew Moon tinnies are available all over New Zealand, but visiting the Brew Moon site gives you the opportunity to try taproom-only seasonals and exclusives. The taproom holds 16 taps and pours beer straight from the brewery to your glass — doesn't get much fresher than that. The menu at Brew Moon only serves woodfired pizza to go with its craft beers, but really, it's a winning combination so there's no complaint here. 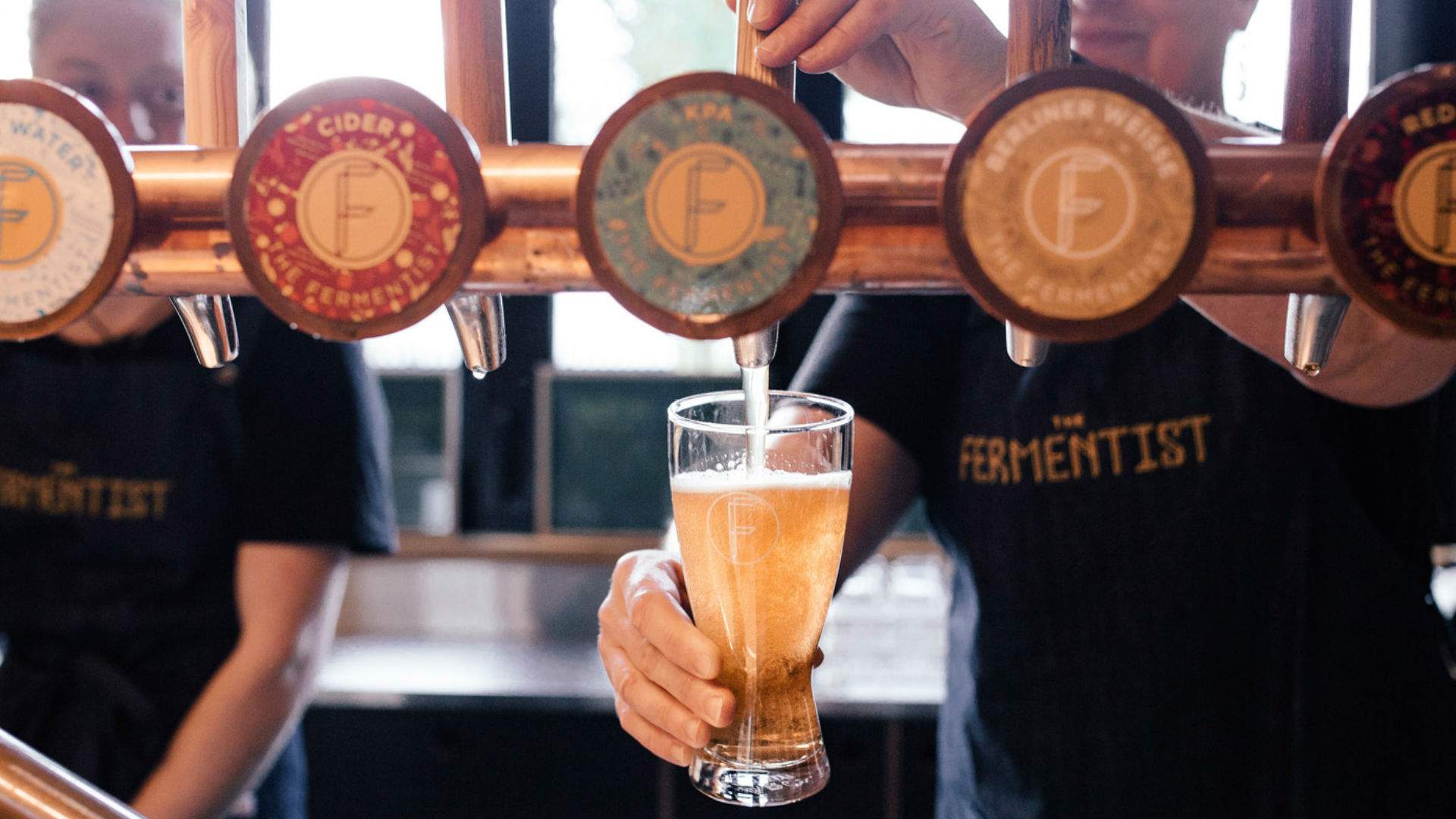 The Fermentist microbrewery in Christchurch is the newest craft kid on the block and aims to create great beer in a sustainable and environmentally friendly fashion. The brewery has implemented solar panels, composting, rainwater gathering, waste minimisation recycling and even tree-free toilet paper. The kitchen sources South Island hops and malt for brewing and local ingredients for the taproom kitchen. The Fermentist also has a female head brewer — which is not all that common in the craft beer community. The taproom is open daily and boasts an extensive menu of food and beer, as well as a fill-your-own station if you want to take home a growler of fermented delights. 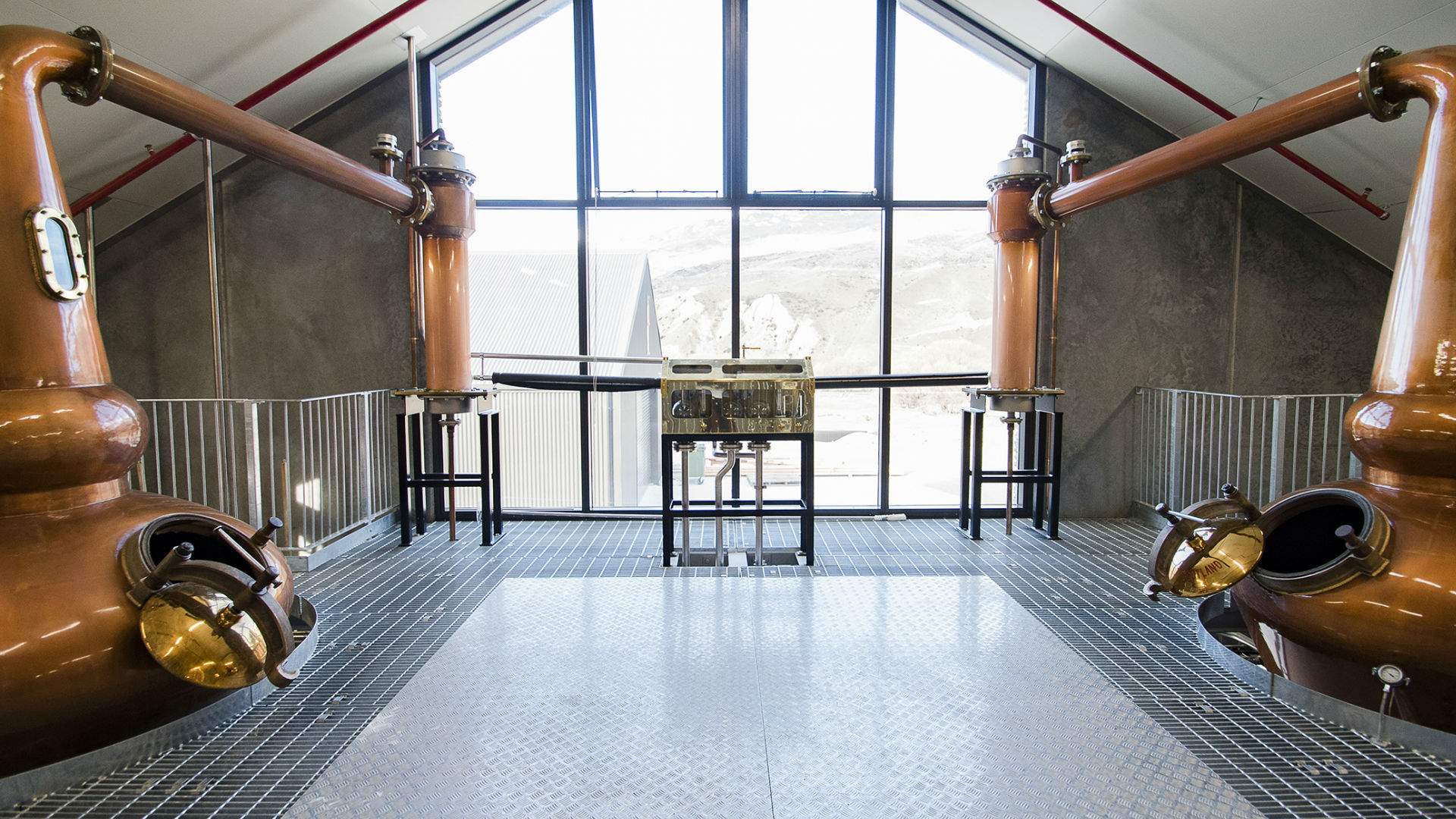 A little further south in Otago, you'll find the Cardrona Distillery — a family-owned boutique distillery creating premium artisanal spirits. Situated within the remote Cardrona Valley, the distillery produces whisky, gin, vodka and liqueurs — all of which are handcrafted onsite. A tour of the facility costs $25 and takes 75 minutes, during which you'll learn about all aspects of spirit making — from grain to glass — and be treated to a guided tasting of each of the Cardrona spirits at the end. 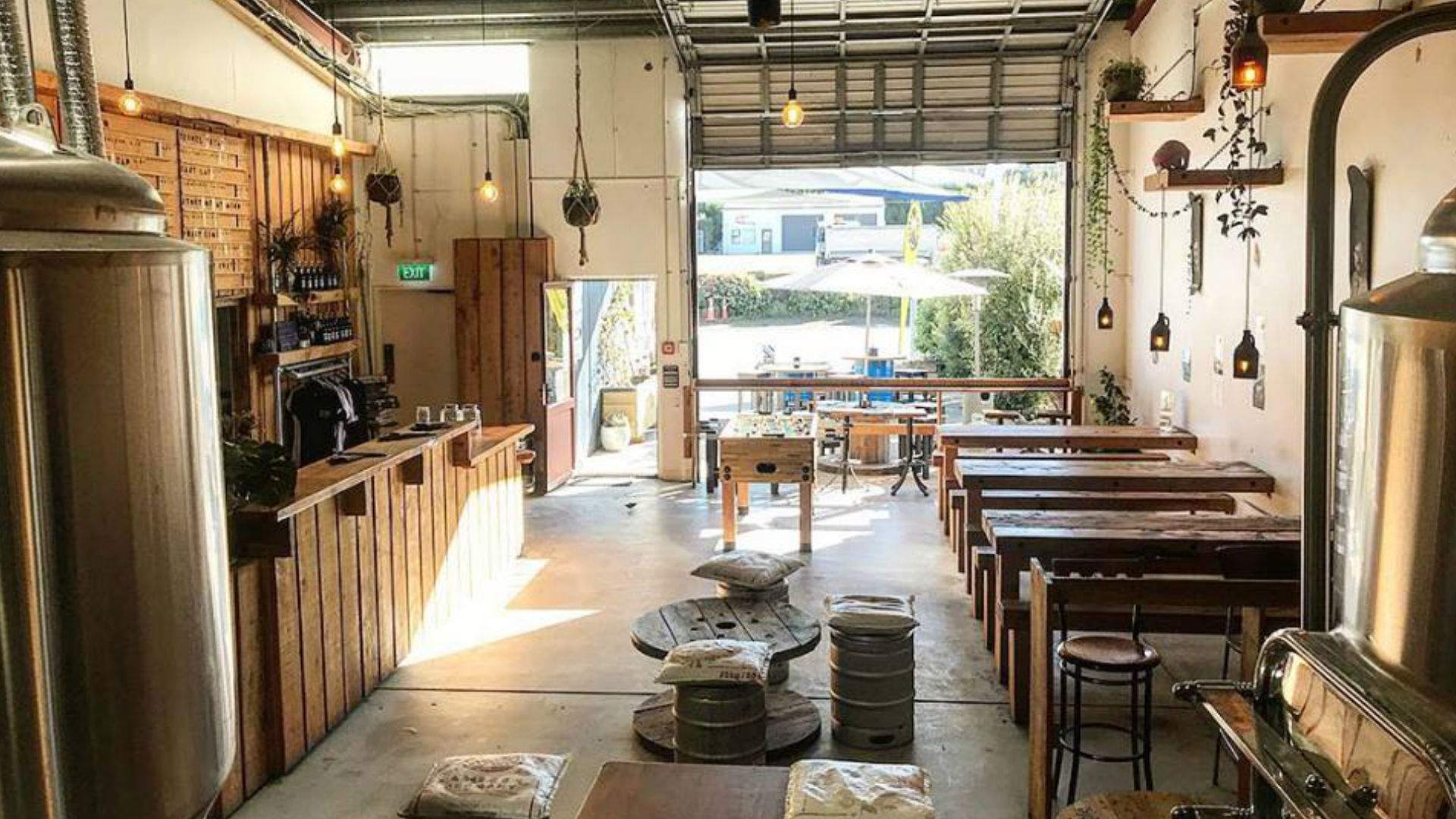 While it's only been open for just over a year, Wanaka brewpub Rhyme and Reason is already a firm favourite in the region. Open daily from midday, it serves tasting paddles and pints from the ten taps, as well as 'hoppy' hour specials and cheese plates. The venue even allows BYO food if you're hankering for something specific to match with your beer. The team at Rhyme and Reason is all about creating a beer-loving community, best illustrated in the epic beer garden, which boasts everything from giant Jenga and foosball to the occasional food truck festival and even free community yoga on Sunday mornings. Tours are available but no set times exist, so just contact the brewery to book. 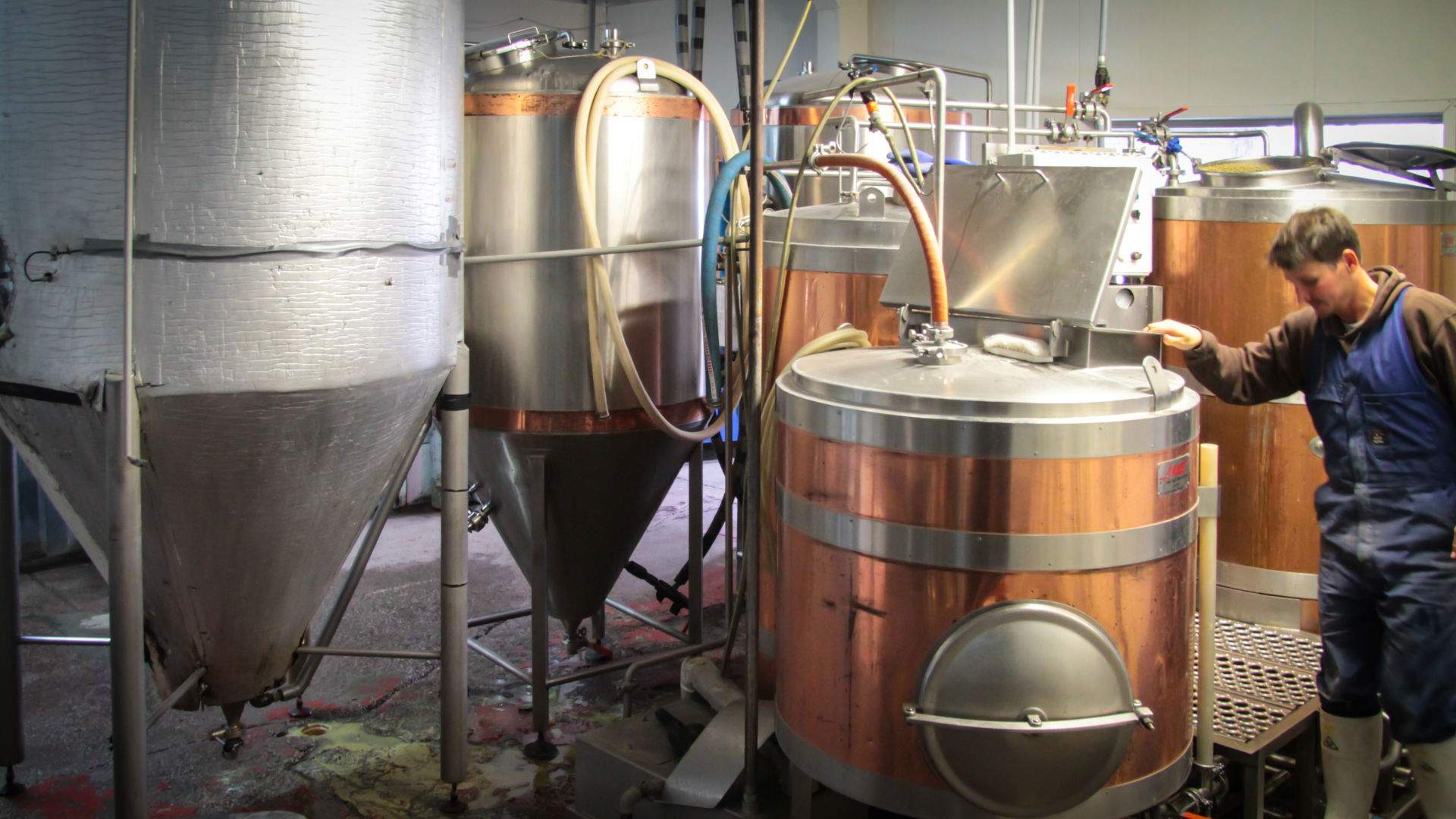 Celebrating its 20th year brewing, Wanaka Beerworks knows how to please the people. Using the freshest ingredients and pure alpine water to create extremely tasty beer, this microbrewery produces small-batch brews under the brands Wanaka Beerworks and Jabberwocky with the flagship beers always available, alongside the occasional seasonal. Tours run Monday to Saturday, and take you through the entire beer-making process with, of course, the option to sample one or two at the end at the tasting room and bar. 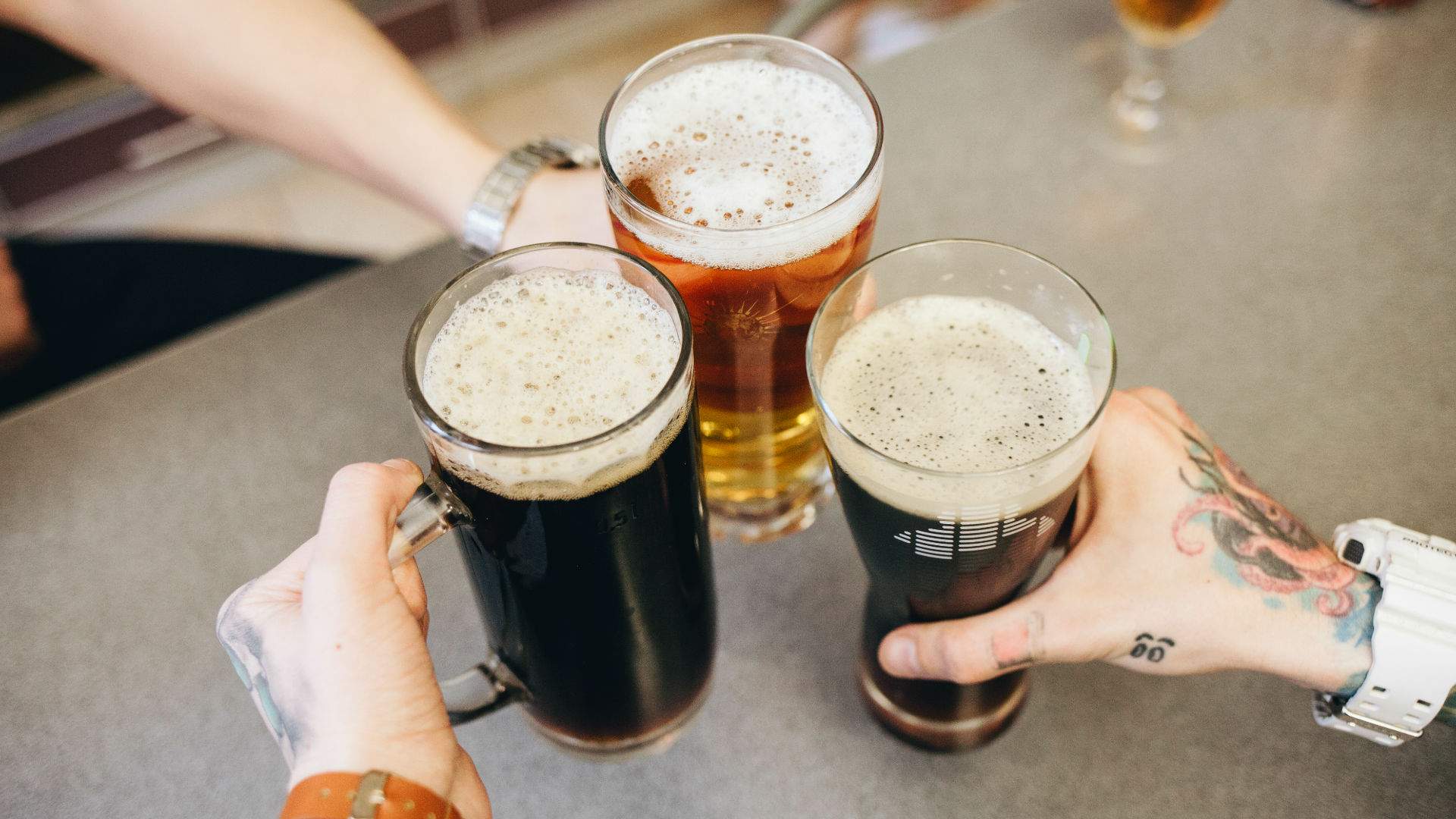 If there's a godfather of New Zealand craft beer it's Richard Emerson, who went from brewing beer in his parents' garage in Dunedin to owning his first brewery in 1993 and onto building Emerson's Brewery and Taproom in 2016. Emerson's boasts a restaurant, a bar with more than 20 beers (each matched to a menu item), and a 12-tap cellar door for your fill-your-own requirements. Tours of this state-of-the-art brewery run multiple times daily and include the opportunity to get your hands dirty in the workshop, a unique sensory experience and a guided tasting of six famous beers. Bookings are recommended. 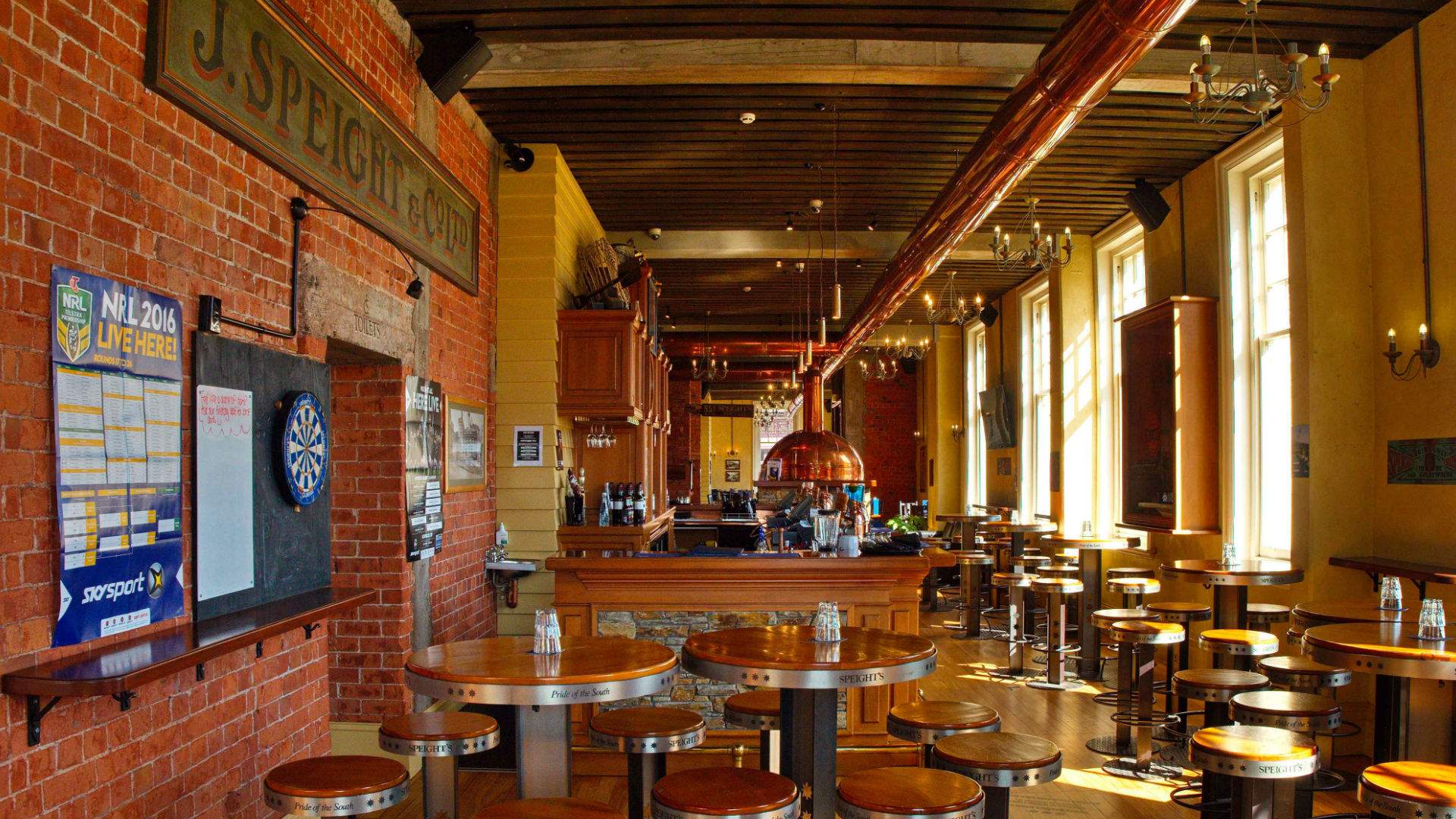 So, it's not exactly a craft brewery, but no beer lover's trip to the South Island would be complete without visiting Speight's in Dunedin. Speight's is the epitome of the kiwi beer scene and has been brewing beer in the south since 1876 — this long and remarkable history is outlined during the tour which takes place at various times daily. The tour ends with not just beer tasting, but the opportunity to pour your own beer in the new tasting room and some great pub grub from the Speight's Ale House. The facility has just undergone a multimillion-dollar renovation to improve the visitor experience, so this South Island veteran is looking better than ever, even after 141 years. 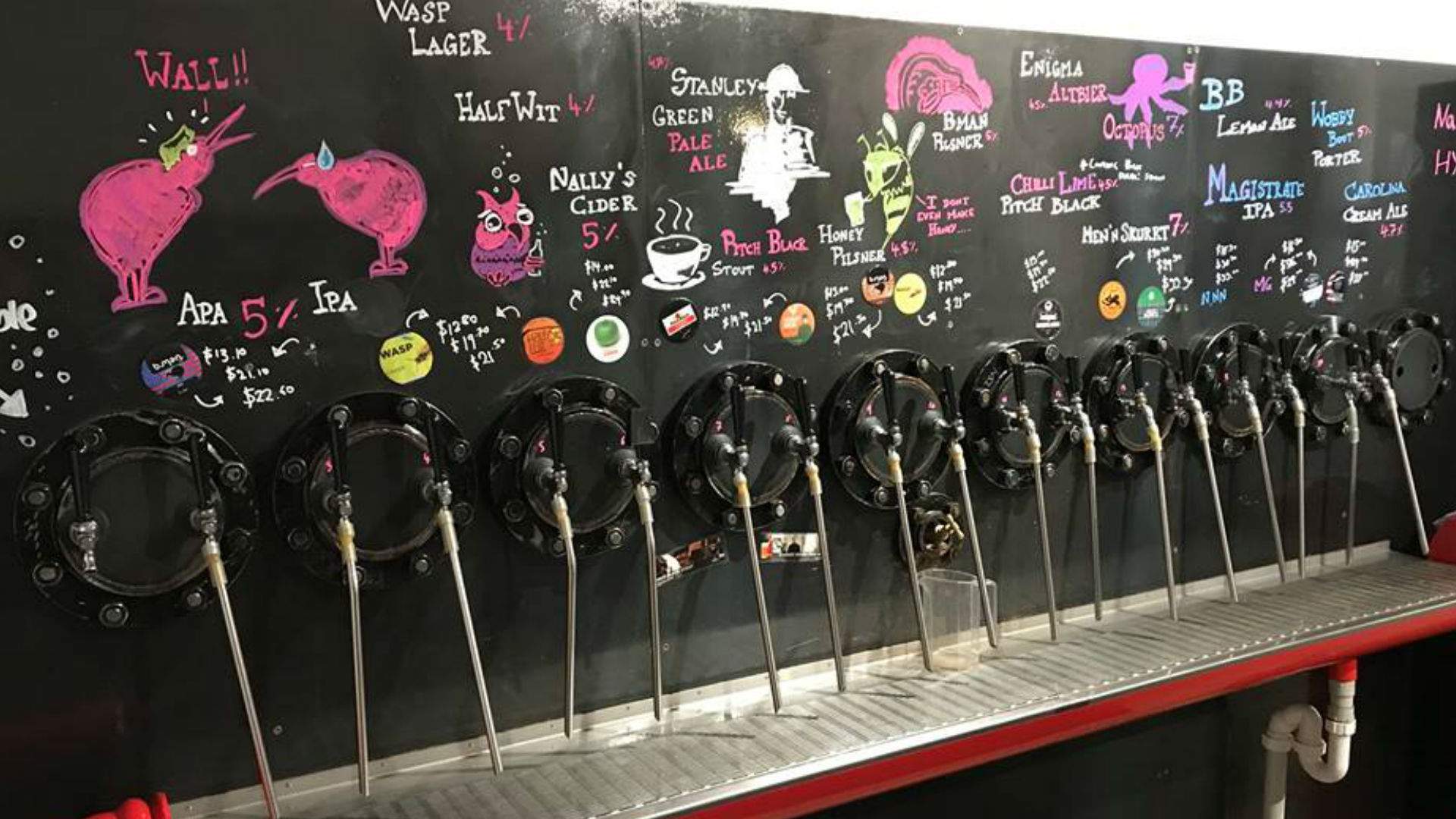 As far south as possible lies the Invercargill Brewery, a place that's been applying new-world flavours to old-world beer styles since 1999. This brewery and taproom is dedicated to all things local, being sustainable and, most importantly, making amazing craft beers and ciders, both stalwarts and seasonals. The venue also has a newly opened events space called Asylum which hosts bands, comedy evenings and art exhibitions. Brewery tours are available on request. 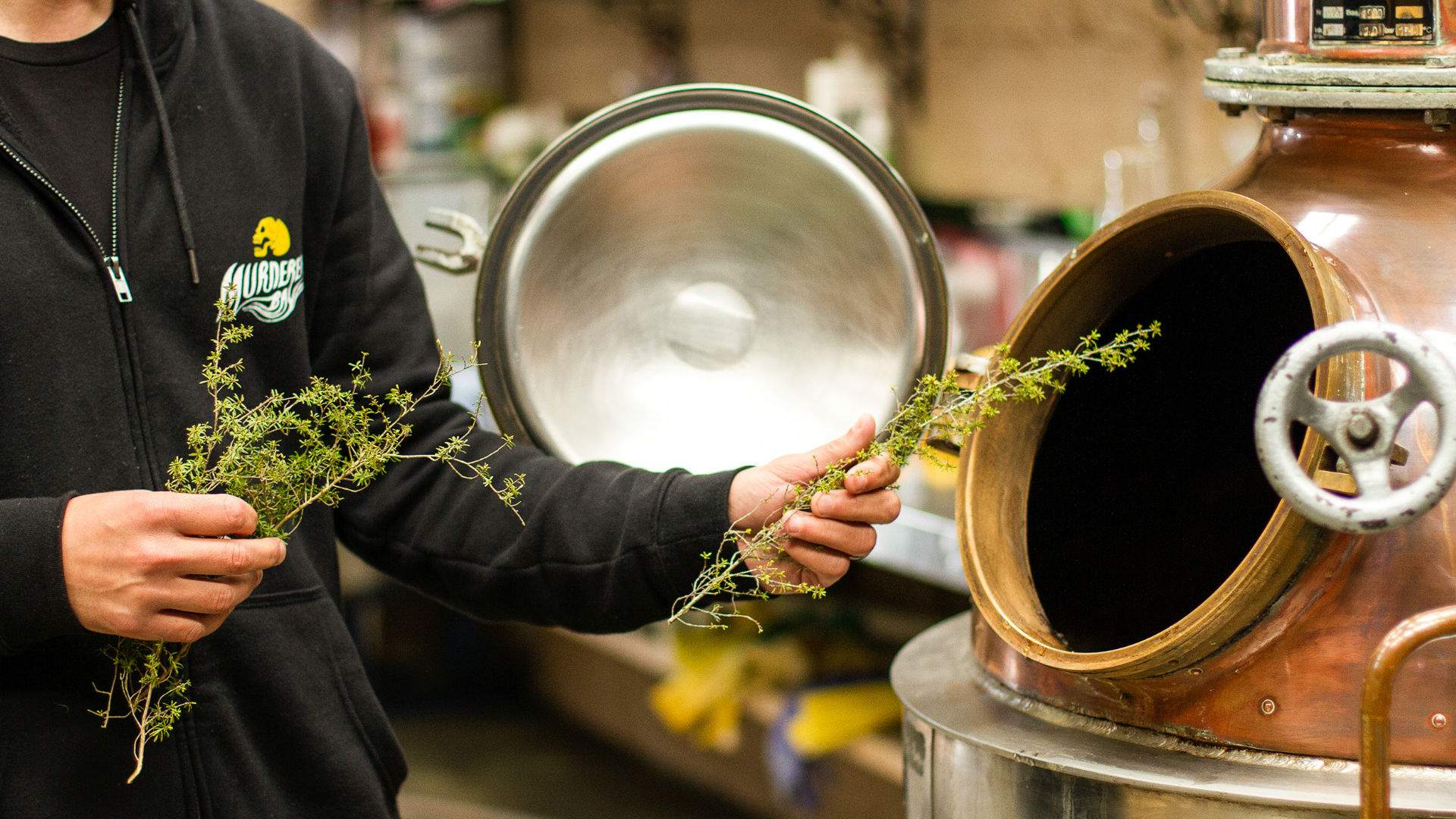 Run by husband and wife team Ben and Sarah Bonoma, Dancing Sands Distillery is situated in Takaka at the top of the South Island. The couple small-batch distil using a 150-litre copper still imported from Germany and age the spirits in a combination of French and American oak barrels. Dancing Sands' focus is on purity and sources its water from one of the clearest sources in the world, Pupu Springs. Ben and Sarah make vodka, gin and rum under the brands Dancing Sands, Sacred Spring and Murders Bay. And, the team is does some pretty innovative things, particularly under the Dancing Sands brand — wasabi gin, anyone? 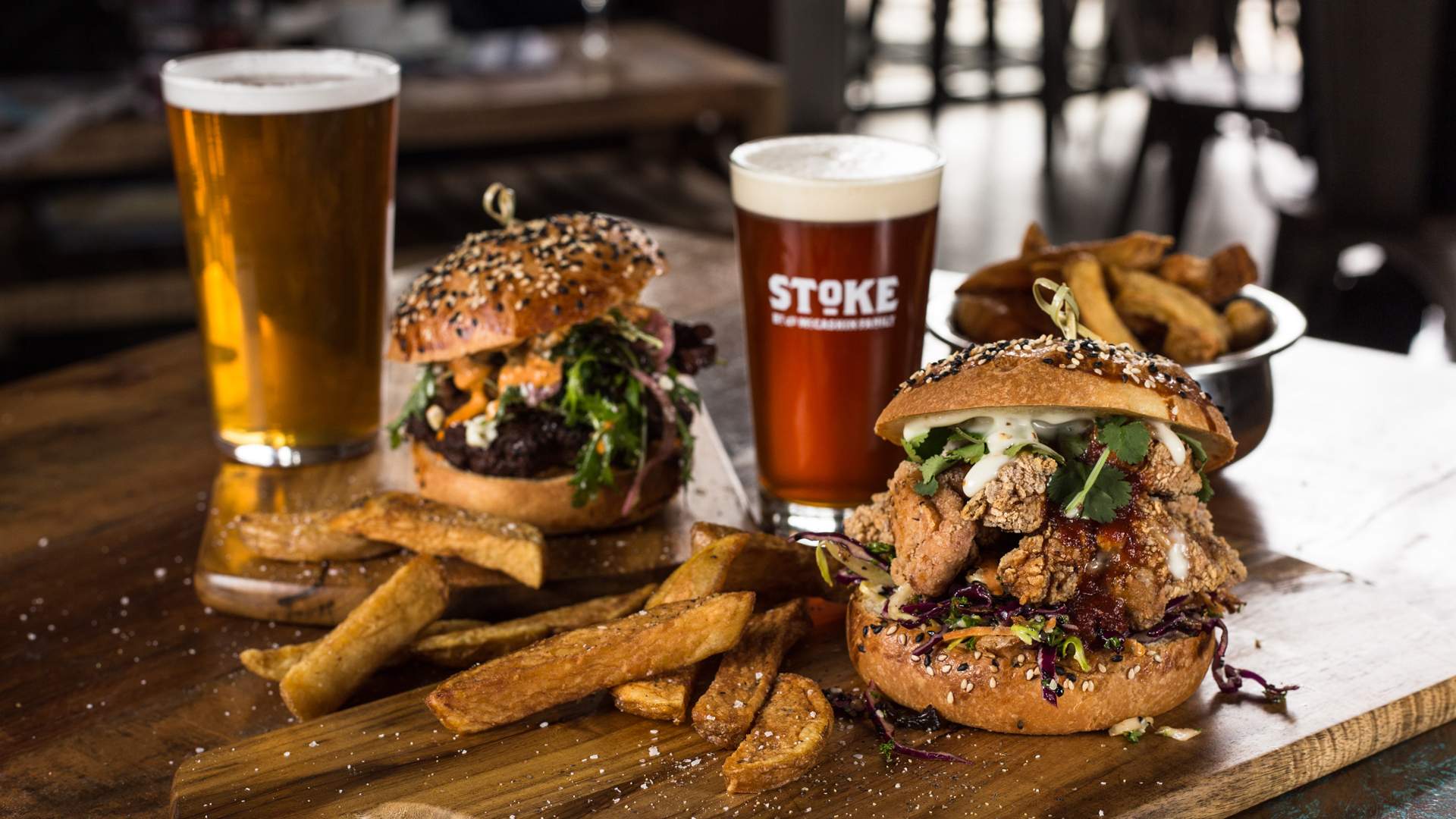 Just down the road in Nelson, McCashin's Brewery has been brewing craft beer since the 1980s — long before it was trendy. McCashin's makes both beer and cider under brands Stoke and Rochdale, the latter of which is New Zealand's oldest cider. The onsite kitchen and bar serves food, coffee and, of course, beer and cider that can be enjoyed inside the brewery or sitting in the beer garden with that famous Nelson sunshine. Tours run daily, Monday to Friday, and cost $25 — that includes the guided tour, a post-tour beer and cider tasting and a souvenir glass which is yours to keep. Tour bookings are recommended.

Published on October 08, 2018 by Mary-Therese Blair