Few things excite the summertime senses of Sydneysiders more than ice cream. Aside from beer and the beach, it's one of the most definitive features of an Australian summer.

While a Golden Gaytime from 7-Eleven will always hold a place in our hearts (and rightfully so), it's hard to fit one in with all the flavours that need to be sampled around town. Think black sesame and champagne sorbet and tahini ice cream you eat with a fork.

To help you make the difficult decision as to just what ice cream to eat today, we've compiled a list of our favourite ice cream and gelato joints in Sydney. Venture forth on this icy sojourn and work your way through this list over summer. This Newtown ice cream joint is scooping quality gelato with a focus on sustainable ingredients. Italian-born owner Matteo Pochintesta is an architect-turned-gelato maker who trained under the owner of Milan's gelateria Ciacco — and returned to Sydney last year to put his skills to the test. Sure, there are plenty of gelato shops along King Street, but Mapo brings a purist's sensibility to the local ice cream game, focusing on the highest quality ingredients and all seasonal fruit.

Signature flavours include the pistachio, made with certified premium Sicilian nuts, and the single-origin chocolate gianduja — both are vegan. Other traditional Italian flavours include the fior di latte and the stracciatella (chocolate chip). Flavours are limited to 12–14 at a time, with plenty of specials on offer, like its cold brew coffee gelato collab with Potts Point's Room Ten. As the choices are quite straightforward, it's suggested you mix two — and, with the 'one scoop with two flavours' option only costing 50 cents extra, there's really no excuse not to. Sure, people were making gelato in Sydney before Gelato Messina — but it was Messina that made it cool. And, even though it's grown from a single shop in Darlinghurst to an ice cream empire that includes 12 stores in Sydney, it's still just as popular. The epic cabinet is always stocked with 40 flavours at a time — 35 regulars and five weekly specials — that are all made with Messina's own milk. While the bigger players dominate much of the attention in Sydney's gelato scene, the smaller businesses, like Redfern's Ciccone & Sons, are harbouring some of the city's most lickable delights. Ciccone's menu, displayed on an old-school red felt letter board, is limited to all seasonal flavours that are churned on-site daily using jersey milk.

It is serious about quality ingredients elsewhere too, using fresh fruit, whole nuts and fine chocolate across the board. In summer, things lean a little more to the fresh and fruity side with coconut and watermelon granitas and sorbettos making an appearance. The gelataria is also licensed, and you can now grab a Ciccone negroni from the takeaway fridge — along with gelato-on-a-stick and tubs for two. 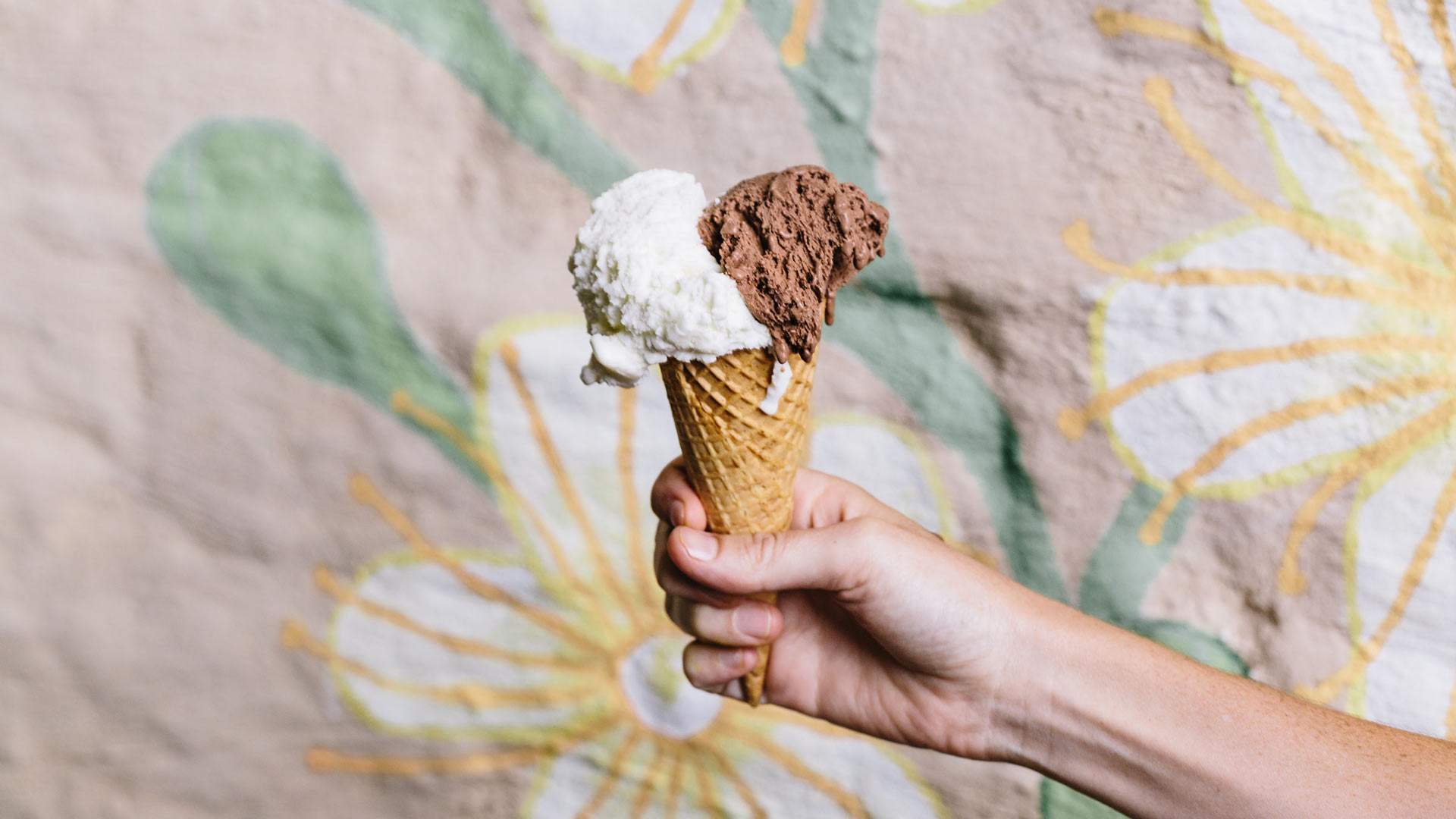 If you're happy to travel for your gelato — or happen to be spending a weekend on the Central Coast — head to Mr Goaty Gelato. Founded by Dan Hughes, formerly a chef at Sydney's Three Blue Ducks, the award-winning brand is known for its signature flavours made using goat's milk, which are lighter in sugar, but equally creamy.

You'll find it in the gardens of Distillery Botanica, a stunning venue from the distiller behind Mr Black cold drip coffee liqueur — which you can sample and purchase here, too. The gelato and sorbet are made in house daily and the flavours rotate often. Expect the likes of honeycomb and lavender, lemon myrtle macadamia and raspberry brioche on offer. Check out the full menu here. 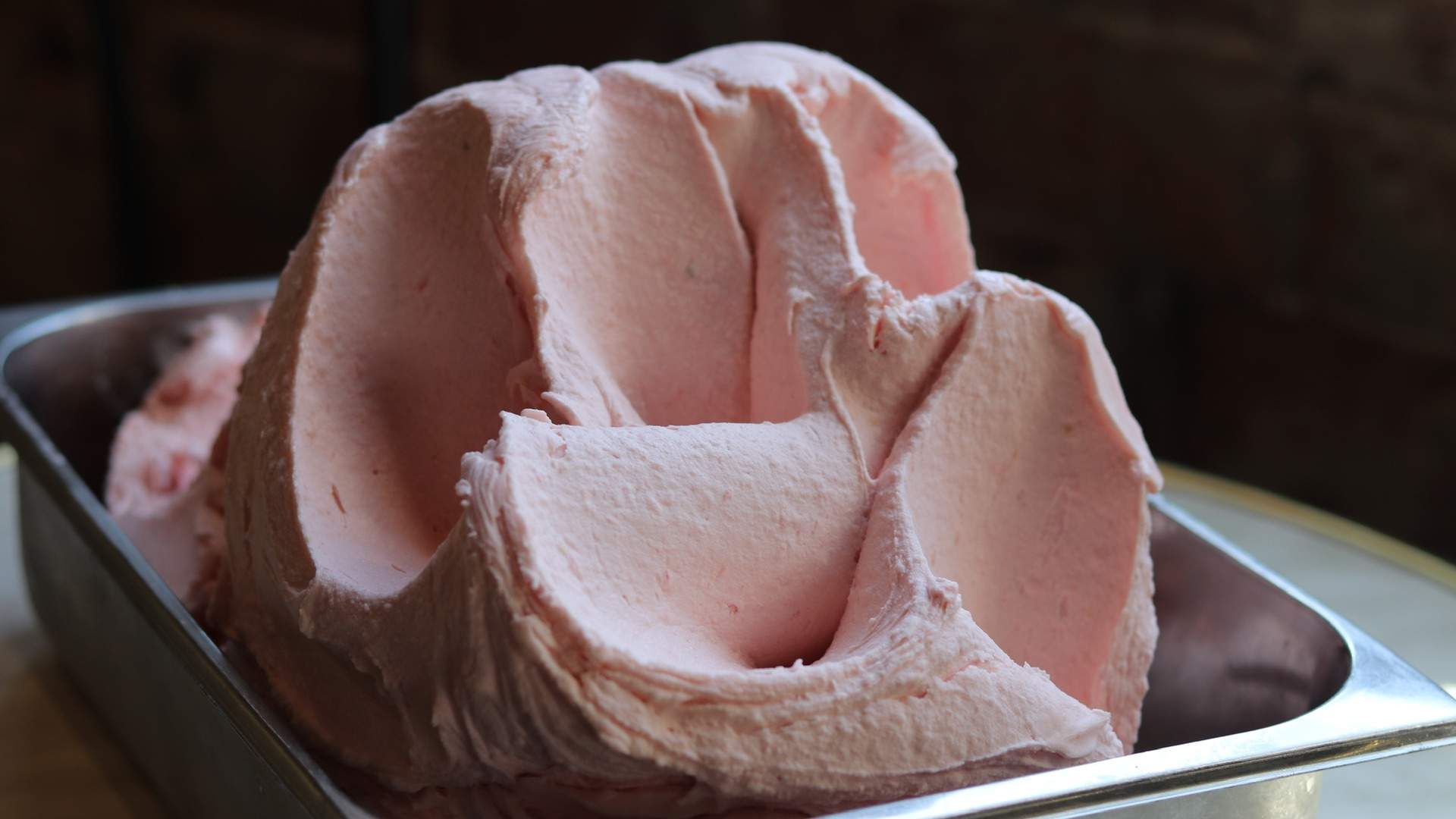 This tiny shop on Enmore Road looks fairly inconspicuous from the outside, but it is a true local gem. Cow & the Moon make all of its gelato in-house using a recipes developed over the past 27 years. The traditional flavours are all winners here — including the gianduia, pistachio and tiramisu — as are the raspberry white chocolate and the strawberry balsamic pannacotta. In the lucrative field of sorbets, the chocolate is one of the best around. Cow & the Moon also turns out Single O coffees, affogatos and gelato cakes to boot. Grab a cone and a seat out front to enjoy your gelato while you watch the Enmore locals in action. If you're a purist when it comes to gelato, Cremeria De Luca is the gelato spot for you. The De Luca family ran gelaterias in Italy before continuing the tradition in Sydney — it had shops in Leichhardt and Bondi before opening in Five Dock in 2013. The cremeria is best known for its gelato burger, and it's unquestionably what you should order; one or two scoops of gelato are squeezed inside a brioche bun, along with Nutella and whipped cream. Don't ask us how to eat it, it's bound to be a messy affair. Of course, you can still get a scoop sans bun; plus granita, cannoli and Italian hot chocolates, too. 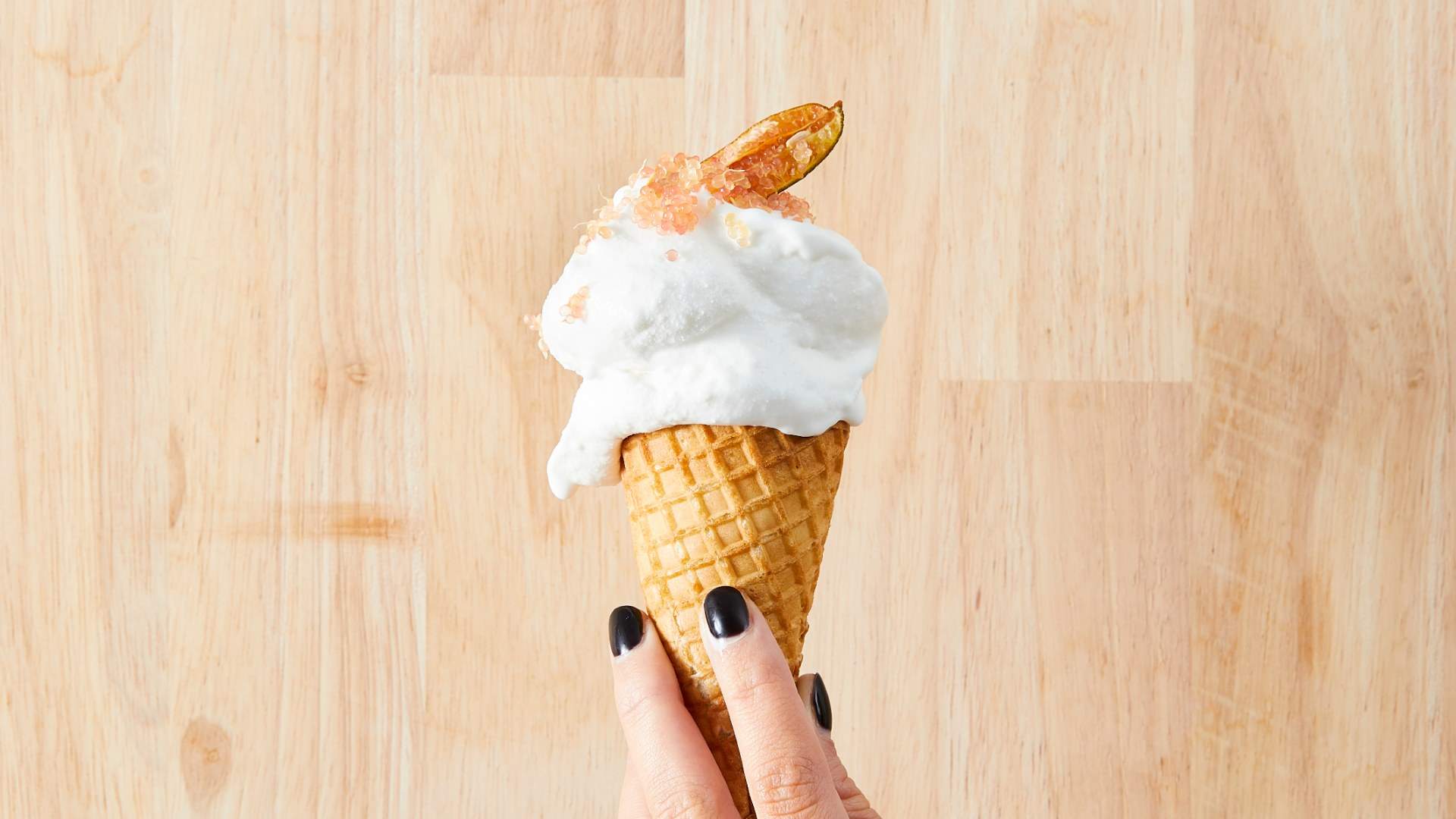 There aren't many foods that can bring a smile to a Sydneysider's face quite as quickly as gelato. Australian-born, Italian-influenced entrepreneur Kieran Tosolini knew this all too well when he brought his Bologna-based chain Rivareno back with him to Crown Street. Each flavour is made in small batches daily. The most popular varieties include the mascarpone — which comes with a splash of Sicilian dessert wine, Arabica coffee and dark chocolate slivers — and the Cremino Rivareno, which offers swirls of white chocolate and hazelnut ganache. If you're after something more refreshing, try a sorbet or granita, made using fresh fruit. Sweet-toothed Sydneysiders with a love of Instagrammable treats should make tracks to Chatswood's Aqua S. It ticks the boxes for both taste and novelty with its signature sea salt-flavoured soft serve — this cloud-like dessert is topped with a pillowy bed of fairy floss, sweet popcorn, popping candy and grilled marshmallow.

Other than the sea salt soft serve, Aqua S churns out new specialty flavours every two weeks. Recent specials have included burnt basque cheesecake, royal milk tea, Milo and raspberry lavender. Keep things simple with a single serve or choose a blended swirl of each, then pick from a range of OTT toppings like mochi, Oreo, berry meringue and brownie bites. Newtown's cult favourite Turkish ice creamery Hakiki has been impressing Sydneysiders since early 2015. It has earned quite the reputation for its traditional Maras-style ice cream — which is smooth and creamy, yet drip-free and melt-resistant, until the second it hits your mouth. The signature serve is so thick, it's best tackled with a knife and fork. The ingredient that gives the ice cream this unusual texture is an orchid root grown in southern Turkey.

Alongside classic Anatolian treats like baklava, turkish delight and rich coffee (which are each gelato flavours as well), the team whips up a range of traditional and innovative ice cream varieties — from old favourites like pistachio and hazelnut to the ever-popular melon and feta and the moreish grape molasses and tahini. 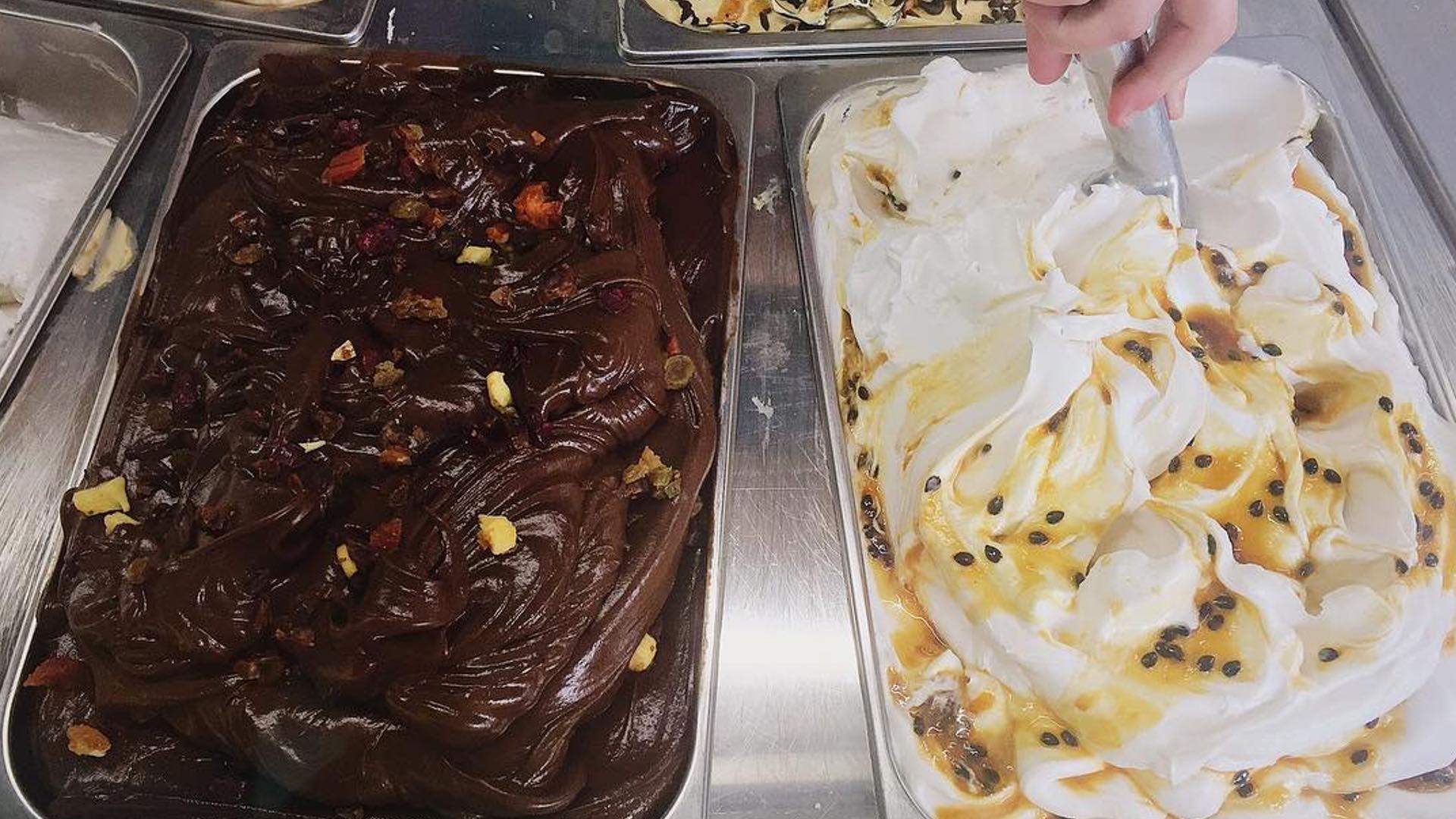 Newtown's Gelato Blue has been a fan favourite for years. But, when it kissed all animal products goodbye and went 100 percent vegan back in 2016, it became even more beloved by Newtown's vego masses. Now, coconut milk provides the basis for its creamier scoops at this plant-based gelateria. Flavours aren't lacking lustre without dairy, either, with the menu featuring everything from spiced pumpkin pie to carrot cake and even liquorice varieties. Gelato Blue is slinging all of classics too, as well as fruity sorbets for summer, custom-made gelato cakes and a vegan dessert display to boot.

Published on November 27, 2020 by Concrete Playground