The beloved underground venue has announced a program of farewell events, including a massive closing party and a midweek gig from Wolfmother.

It's news that we knew was coming, even if we were dreading it: iconic Sydney venue Frankie's Pizza has officially announced when it'll be shutting its doors — and it's less than a month away. The underground CBD bar, pizza joint and concert venue's last night of service will be on Sunday, December 11 before it closes to make way for the Hunter Street metro station.

This final night also coincides with Frankie's tenth birthday, and will follow a run of farewell shows kicking off on Thursday, December 1 with a night that's labelled The Beginning of the End. Following this, FreakFlag Events is hosting The Final Feast on Sunday, December 4; Frankie's World Famous House Band will play one last gig on Monday, December 5; TNT Trivia will come to a close on Tuesday, December 6, offering a grand prize of a year's worth of Young Henry's beer; and on Wednesday, December 7, 2000s Australian rock icons Wolfmother will be performing at the venue alongside Hard Rock Karaoke. 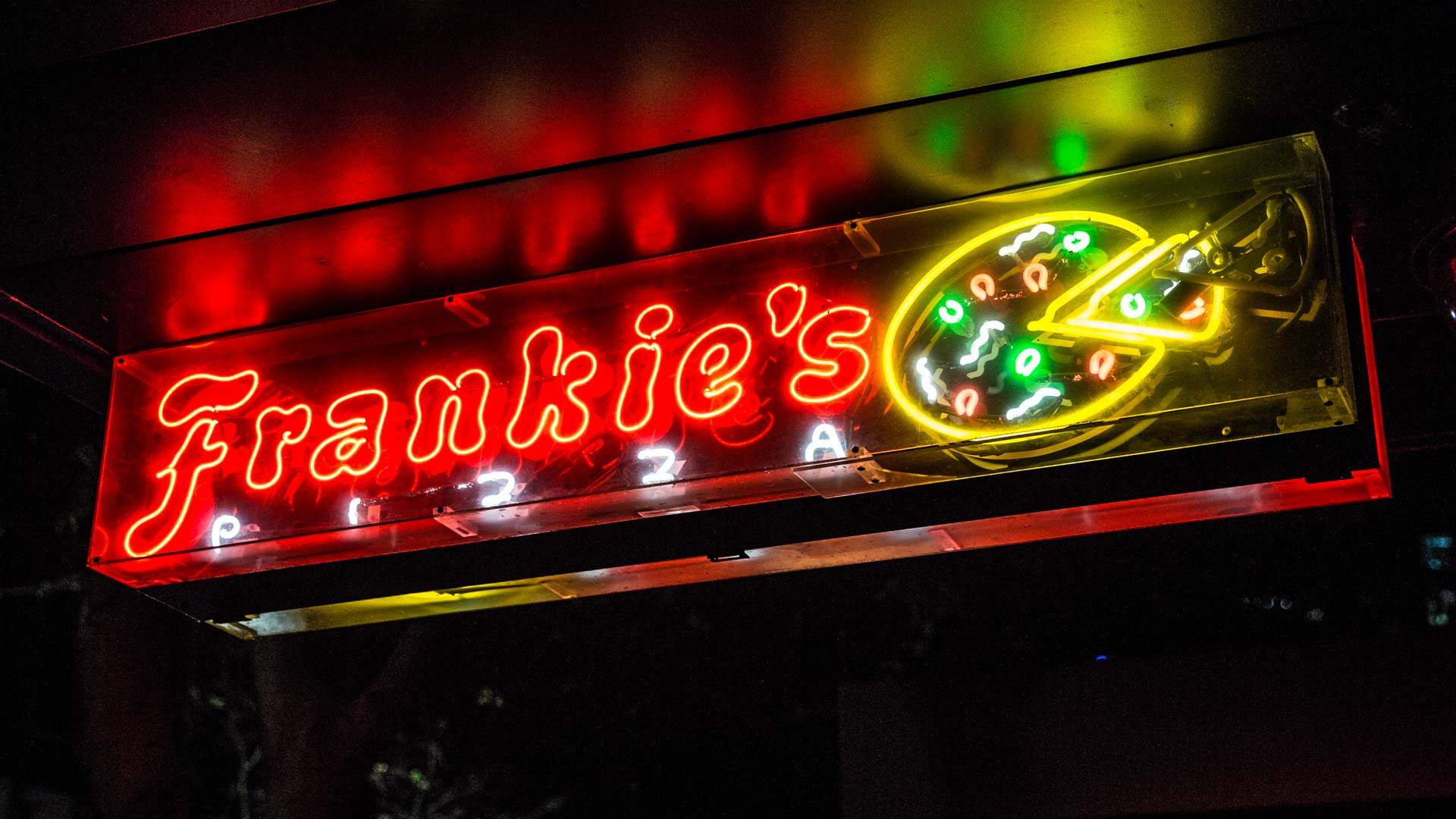 Frankie's first announced it would be closing last year, confirming that it was to be demolished to make way for the new Metro Station alongside neighbouring Sydney stalwart Malay Chinese Takeaway.

A favourite among laksa-lovers in Sydney, Malay Chinese Takeaway has also locked in its closing date — Friday, December 9. The longstanding Hunter Street spot has, however, announced that it will then be reopening in the new Sydney Place precinct on top of Central Station once it is complete.

In a statement on Instagram, the Frankie's team announced: "Here it is folks, the Final Campaign. We thought this venue would outlive us. We've seen trends come and go and steadfastly stood for RocknRoll through it all."

"With the unstoppable momentum of Sydney City's 'infrastructure evolution' set to demolish Hunter Street in early 2023, we have decided on a date to depart," the statement continues.

With live entertainment every night of the week, visits from rock 'n' roll legends like Dave Grohl and Debbie Harry, and one of Sydney's best pizza slices, the bar has had a huge impact on Sydney's live music scene. Across its tenure at Hunter Street, Frankie's has played host to musicians of all sizes — from local rock bands cutting their teeth to international acts looking for an authentic Sydney venue to visit while touring the country.

Head to the Frankie's Pizza Instagram for the full details on its farewell celebrations (or commiserations). Frankie's Pizza is open 4pm–3.30am Monday–Sunday. Its last day of service will be on Sunday, December 11.