A new cafe has opened along a quiet backstreet in Marrickville's industrial heart, and it's run by a hospo heavyweight you may not have heard of.

Stix is owned by David Allison, whose catering business has been a favourite among Sydney's best chefs for over 20 years — and whose certified organic farm supplies to some of Sydney's top restaurants.

"The idea was to start a business that was high-end catering, predominantly catering for restaurants at the fine-dining level," Allison told Concrete Playground. "I've wanted to open my own restaurant for about ten years, but we just got so busy with the corporate business and with Qantas."

For nearly the past decade, Stix has been contracted by Rockpool Consulting to create the in-flight meals for first and business class passengers on Qantas flights. Meanwhile, the Stix Farm — located just north of Sydney along the Hawkesbury River — regularly supplies to Firedoor, 10 William Street, Saint Peter, Ester, Yellow, Poly and Kitchen by Mike (to name a few). And the catering business focuses on private chef events, including Rockpool's 20th-anniversary party.

"Two years ago we had a Christmas party in our Marrickville loading dock, and someone mentioned it would be a great space for a cafe," says Allison. "We've been in Marrickville for 21 years and it's becoming so cosmopolitan, so it's the perfect time to open a retail space in an area filled with people that are basically all foodies,"

That cafe finally opened its doors in August 2020. Its focus, like Allison's, is on sustainable and farm-to-table eating.

"When paddock-to-plate came around, I realised it's what I was trying to do for so long," says Allison. "I wanted to be the farmer and grow my own produce. With the cafe, it's again about ethical and sustainable practices."

The kitchen at Stix is filled with fine-dining chefs from restaurants like Sepia, Rockpool and Tetsuya's. But here, they're whipping up top-notch eats in a much more casual setting. 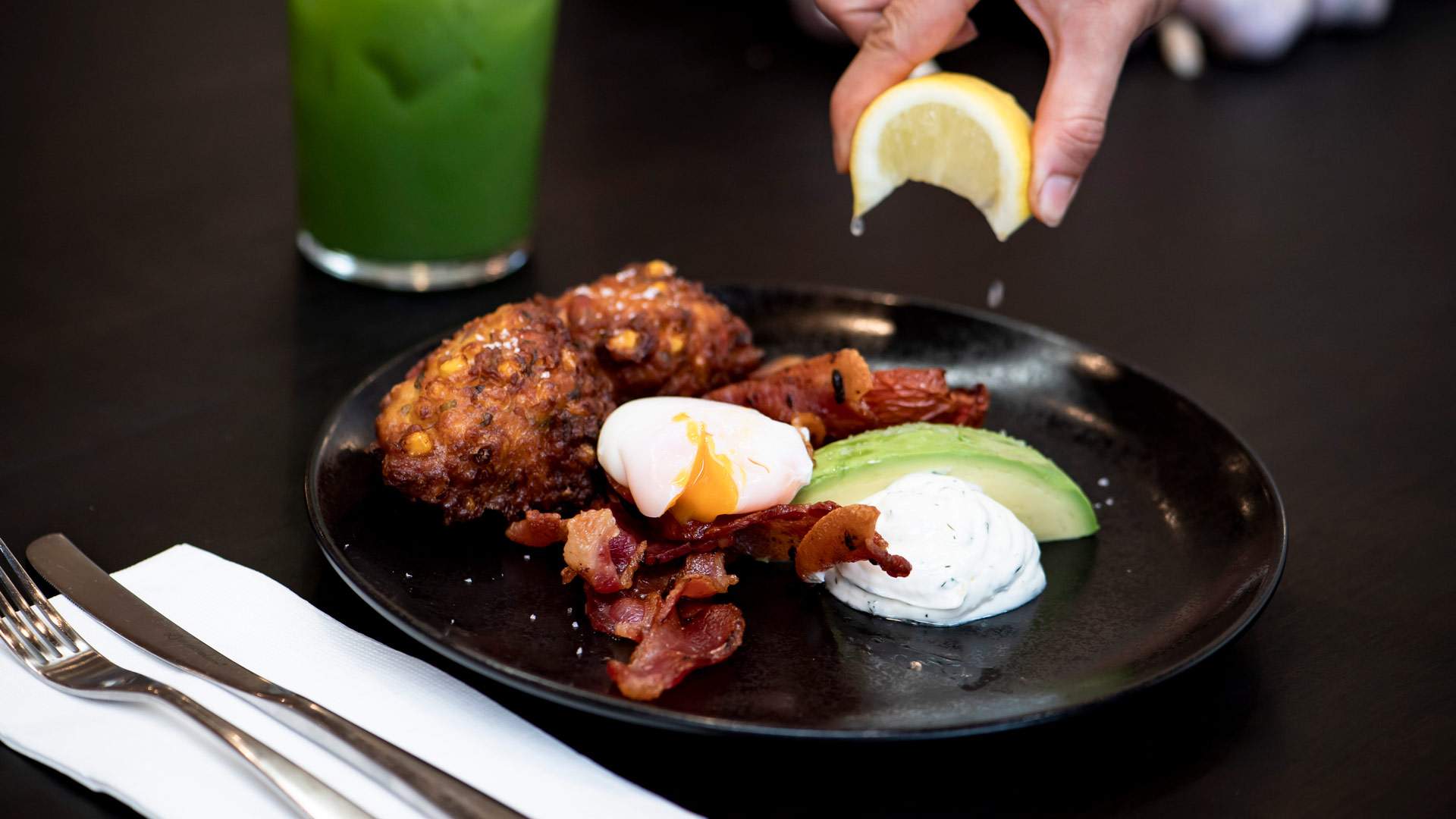 For all-day brekkie, there's prawn okonomiyaki with hibachi grilled blackfish ($30), chicken and sweet corn congee ($17) and XO fried rice ($32), which is made using pork and eggs from the Stix Farm and Hawkesbury River school prawns. Then, for lunch, there are eggplant katsu sandos ($16) with miso mustard and green tea noodles ($19) with ocean trout.

Elsewhere on the menu, you'll find more typical western-style cafe fare, but taken to the next level — like the scotch fillet steak sandwich ($24) or the smoked pastrami reuben ($16), plus a Stix Farm salad made using all seasonal veggies.

Freshly baked goodies are also on the docket ($19 eat in with salad, $8.50 takeaway), such as slow-braised beef shin pies, and lamb and harissa sausage rolls. Oh, and there's sourdough by Mike McEnearney, who is currently renting some space in the production kitchen.

Alongside the open kitchen is a stunning coffee bar slinging cups of joe made using beans from Marrickville's Double Roasters. A pastry, bread and dessert display also sits at the counter. And there's a little 'urban marketplace', too, where patrons can buy fresh fruit and veg from the farm, along with smallgoods and ready-made meals to take home.

Expect an upmarket fit-out that's more intimate than you'd expect from the industrial location. Warm timber and brass tones offset the concrete and steel of the voluminous loading dock, and a western red cedar roof brings a soft touch to the space.

Head in on the weekends when the chef's table offers a special six-to-seven course degustation menu, set right inside the kitchen and for an extremely reasonable $68.50. To head along to one of these, you'll need to snag tickets over here.