The Best Summer Day Trips Out of Sydney

Blowholes, lighthouses, fresh air and baby animals are only a short drive away.

The Best Summer Day Trips Out of Sydney

Blowholes, lighthouses, fresh air and baby animals are only a short drive away.

Lay that weekend cleaning down. The creative powers that be didn't come up with daffodils and bunny rabbits and blue skies so you could stay indoors, clinging to brooms and brushes. You've mountains to be a-conquering and sparkling waters in need of a-paddling and tents crying out for a-pitching.

Sydney fares better than most metropolises when it comes to provision of spots for carefree springtime frolicking, but there ain't no substitute for venturing beyond the city limits. Here are ten day trips, crowded with flowers, sunshine, surf, gentle walks, wine tasting, fresh produce, country manners and, if you're in luck, baby animals.

A note: this year's bushfire season is particularly dangerous. Before you head on an out-of-town adventure, check the NSW RFS and NSW National Parks websites and heed any alerts and warnings. FOR ART AND SURF: NEWCASTLE

Downtown Newcastle is like a mini Melbourne by the sea. Since Renew Newcastle kicked into gear in 2008, the CBD has transformed into a mecca for independent retailers, small bars and restaurants that rival the likes of Sydney's. If you arrive early, settle among the bright tiles, artworks and plants of Ground Up Espresso in Carrington, a waterfront suburb on Newcastle Harbour's north shore — or save yourself for a five-course meal at hatted restaurant Subo. Booze your afternoon away at Newie's local brewery, The Foghorn, or soak up some sun at one of the beachside pubs, like Mereweather Surfhouse. Wherever you end up, the waterfront is never more than a nip away, with the tranquil stillness of Newcastle Harbour on one side and surf beaches on the other. Go for a dip at the famed Newcastle Ocean Baths and, if you're able to hang around until sunset, finish your day with a stroll along the spectacular ANZAC Memorial Walk.

Newcastle is two hours' drive or three hours by train north of Sydney. FOR SEAFOOD AND SWIMS: WOY WOY

When you want to get out of the city — but don't want to drive too far — the Central Coast is your best best. And, just 75 minutes in a car or the train will get you to the quaint seaside town of Woy Woy. Here, you can have a seaside feast at Woy Woy Fisherman's Wharf then head over to Frankie's Rooftop for a spritz. If you've got a car, make a detour to the nearby Bouddi Coastal Trail, an eight-kilometre hike, winds pass lookouts and beaches. Pack your snorkelling gear and explore one of them — we recommend heading to the sheltered Lobster Beach and keeping an eye out for dolphins. But, if you're sticking around for dinner, we recommend you try the pasta at Young Barons.

Woy Woy is an 75-minute drive or train ride from Sydney. In 2018, Port Stephens lucked out when Bannisters arrived, bringing a luxurious hotel and, most importantly for day-trippers, a Rick Stein restaurant. In and of itself, it's a good excuse for a day trip — what better way to shake off the big smoke than sitting in a breezy space, overlooking still water, and working your way through Coffs Harbour yellowfin tuna with passionfruit, chilli, lime and coriander, or steamed spring bay mussels with macadamia and parsley? Beyond that, Port Stephens offers a plethora of escapades, from hopping between its 26 beaches, to camel riding on the beach to sandboarding down the Southern Hemisphere's biggest sand dunes.

Port Stephens is a three-hour drive north of Sydney. FOR BOATING AND BUSH WALKING: BEROWRA

The magical hamlet of Berowra is literally encircled by natural beauty: Ku-ring-gai National Park, the nature reserves of Berowra Valley and Muogamarra and the Hawkesbury River. If you're driving, get your bearings with a stop at Barnetts Lookout. After a wander around Berowra Village, head to Berowra Waters for ferry rides, a spot of kayaking, nature walks or some lazy riverside reading. Cheap and cheerful fish and chips are on offer at the Berowra Waters Fish Cafe or go fancy with a hatted feast at Berowra Waters Inn.

It's all only 45 minutes' drive or an hour by train from Sydney CBD. FOR HIKES AND BRUNCH: PEARL BEACH AND PATONGA

Unlike so many coastal areas, Pearl Beach is fiercely protected from development. Just 400 or so residents live here and, because the village is National Trust-listed, further construction is banned. It truly is a world of its own, perched on a picturesque beach and surrounded by national park. Dissolve into sand and sea, without going anywhere much, or, if you want a work out, take on the Pearl Beach to Patonga walk. At the other end, you'll find the Boathouse Hotel, where you can tuck into seafood boards, crumbed dory burgers and buckets of prawns (and even stay the night if you don't feel like driving home after all that). Meanwhile, back in Pearl Beach, there's hatted restaurant Pearls on the Beach and, for more casual fare, the Pearl Beach Cafe and General Store.

Pearl Beach is a 90-minute drive north of Sydney. 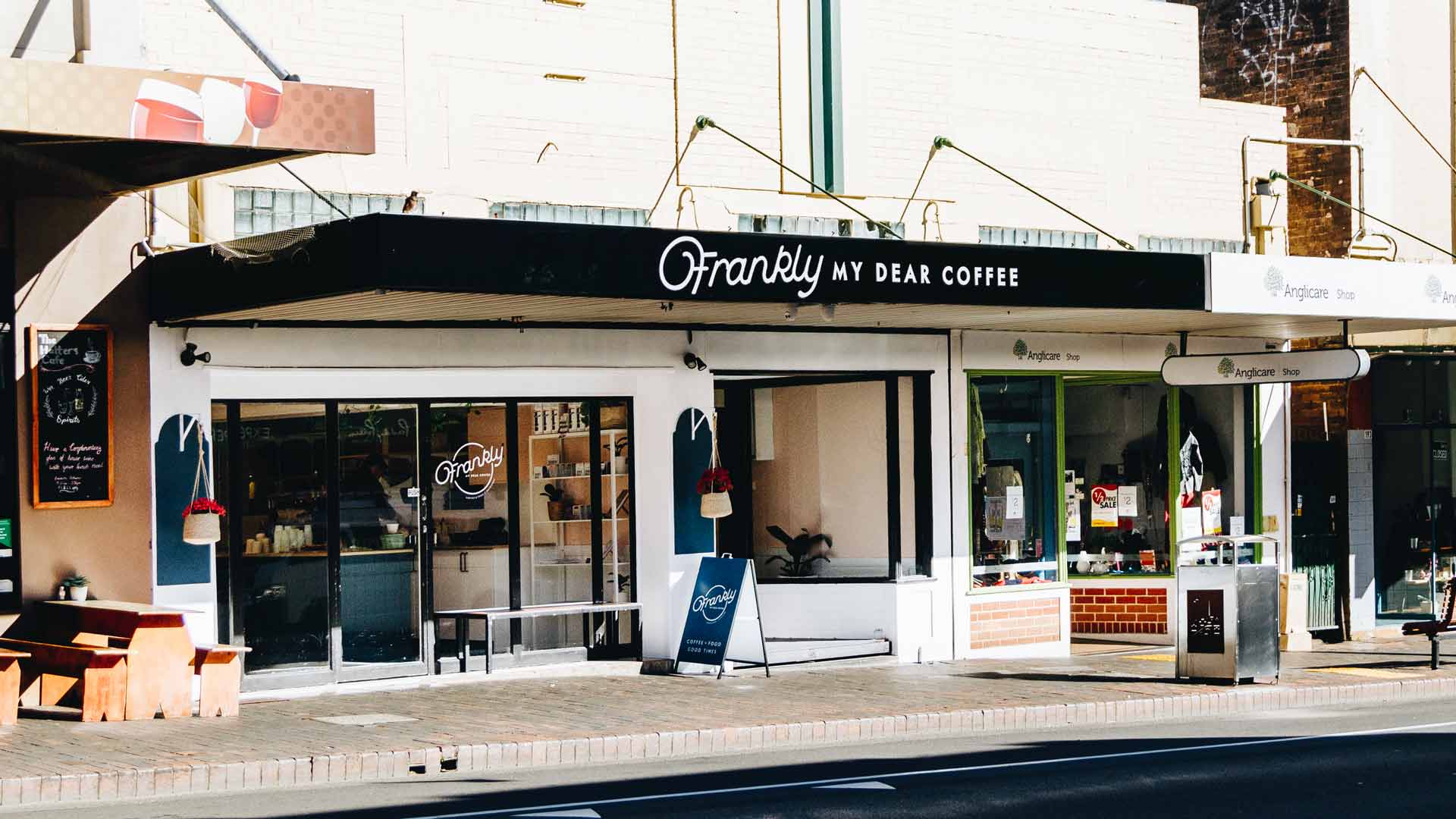 FOR CASCADES AND BLOSSOMS: LEURA AND KATOOMBA

If Katoomba is the busiest village in the Blue Mountains, Leura is the prettiest — making the neighbours the perfect pair to visit on a summer day trip. For great coffee, head to the community-minded Leura Garage or try newbie Frankly My Dear on Katoomba's main drag. A little later on, you can treat yourself at 8 Things — a small restaurant with just eight dishes on the menu, each one representing a different country — or head to Solitary Restaurant, which is perched right on the edge of the escarpment, affording views of Jamison Valley and, on a clear day, all the way to the Southern Highlands. You've got to see the sights, too — the fairy-like Leura Cascades are lovely for cooling off on a warm day, and be sure to catch a last peek of the Three Sisters at sunset.

Leura is a 90-minute drive or two-hour train ride from Sydney. FOR A COOL COUNTRY CHANGE: BOWRAL

When the summer gets too hot for comfort, jump on a train to Bowral. Found in the Southern Highlands — 600 metres above sea level — this pretty country town is usually a few degrees cooler than Sydney. Over the past few years, several new eateries have opened up, including The Mill Cafe, set inside an 1885 building shared with start-ups and small businesses, and Harry's on Green Lane, a welcoming bar, where you can sit in a citrus grove, while sipping on local cool climate wines and sharing fancy plates,. If you're looking to make an occasion of it, book in at one of NSW's best restaurants, Biota, or its newer offering Barn. It's only open two night a month though, so it will require some planning.

Bowral is a 90-minute drive southwest of Sydney. FOR LOOKOUTS AND CYCLING: WOLLONGONG

If diverse, sandy adventures are crucial to your day tripping joy, Wollongong's your destination. No fewer than 17 beaches line the coast. To get some invigorating perspective, visit one or all of the six local lookouts. If you're keen to activate, the waterfront Thirroul to Port Kembla cycle path will keep you busy (and you can have a swim at the end). After you've worked up an appetite, head to Illawarra Brewing Company's brewhouse for a cold one and Babyface Kitchen for a top-notch feed. 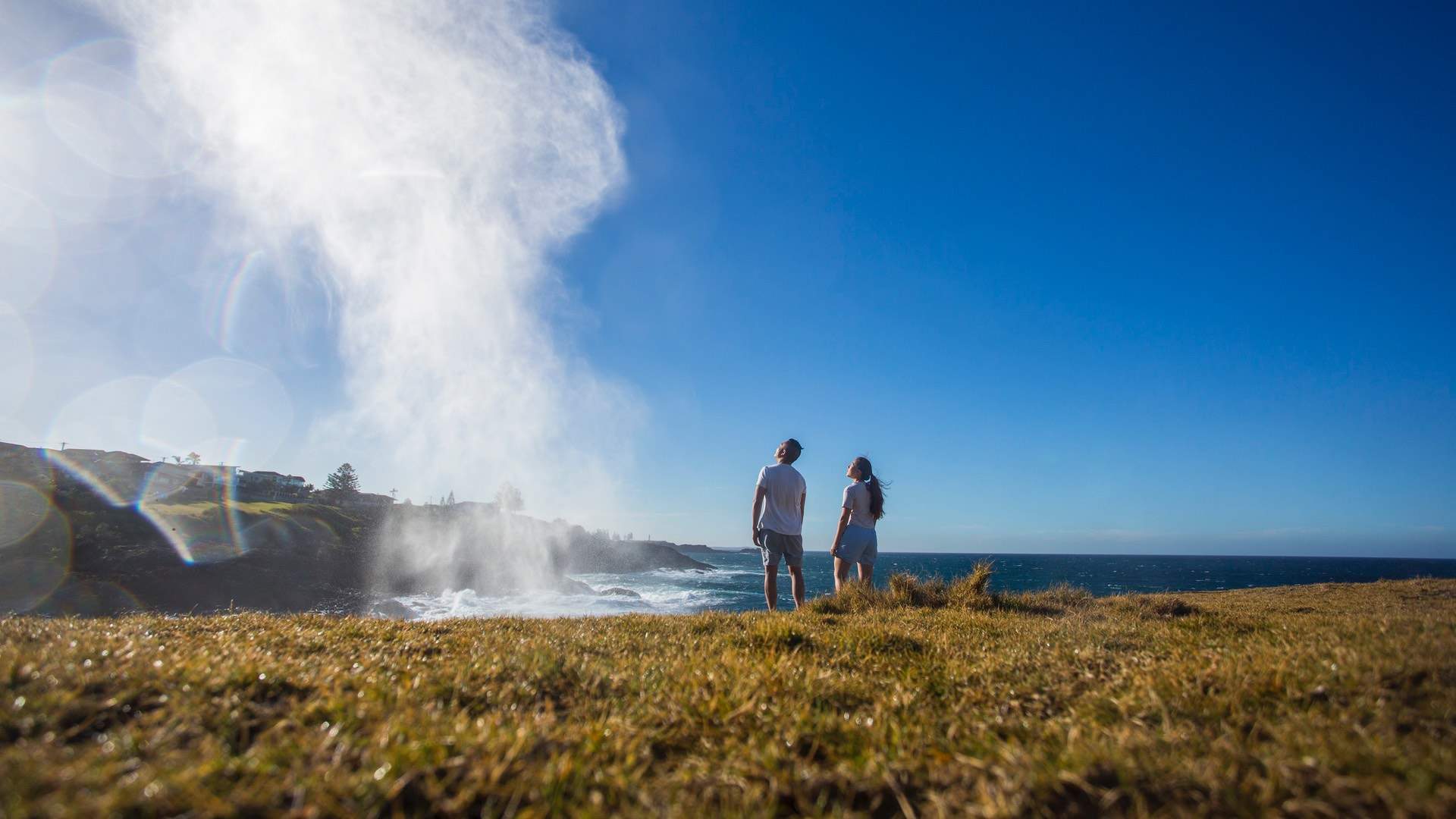 FOR BLOWHOLES AND ROCK POOLS: KIAMA

When the southeast wind is blowing strong, Kiama's blowhole is at its most powerful. The wind sends waves into the rock aperture, compressing air and sending a spectacular spout into the air. Fewer people know that there's a second, albeit smaller, blowhole found a few minutes' drive south, in Tingira Crescent. Swimmers and surfers, you have your decision-making cut out for you, from the two stunning rock pools located either side of Kiama Harbour to the long, wild stretch of Bombo Beach. Kiama's main street is laden with cafes, ice creameries and restaurants and, if you have enough time, side trips to the satellite villages of Gerringong (to the south) and Jamberoo (inland) are worthwhile.

Kiama is a two-hour drive or two-and-a-half hour train ride from Sydney. 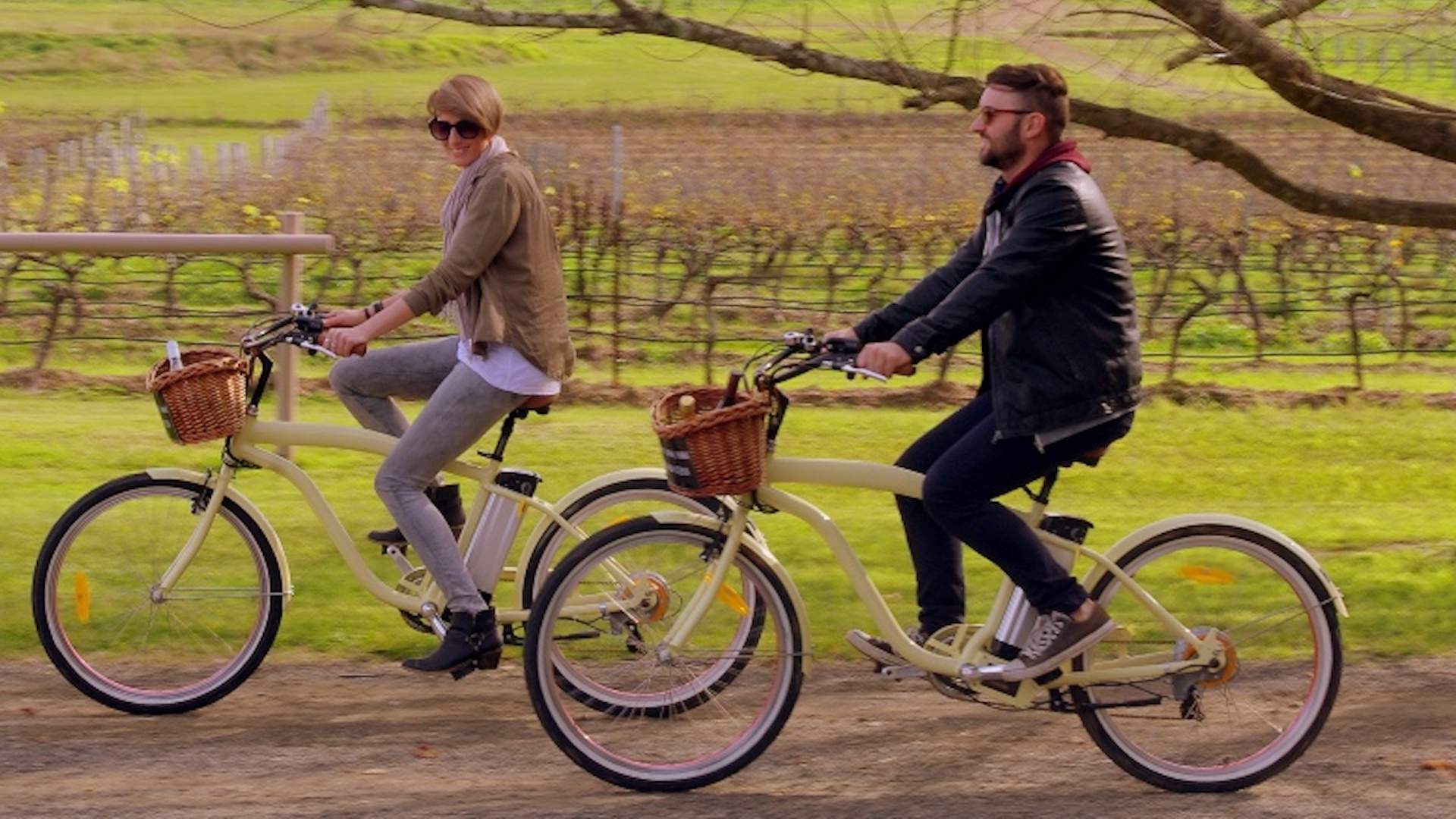 FOR WINE AND RIVERSIDE PICNICS: POKOLBIN

UPDATE: As of December 26, 2019, there are still fires burning in the Hunter Valley. Please check the RFS website before planning any travel.

For a day trip that involves wine tasting, rolling paddocks and maybe some cycling, make tracks to Pokolbin in the Hunter Valley. It's not so much as a town, as a locality, dotted with cellar doors, vineyards and restaurants. If you're keen to get on two wheels as soon as possible, hire an e-bike from Sutton Estate and conquer the Hunter Valley Cycleway, which visits a dozen wineries and a microbrewery. Alternatively, just settle in for a long lunch at the newly renovated Brokenwood Wines.

Pokolbin is a two-hour drive northwest of Sydney.

Published on November 07, 2019 by Jasmine Crittenden