Swap your muesli for a mimosa, your coffee pot for endless espresso martinis, and ruin all regular brunches forever more.

Swap your muesli for a mimosa, your coffee pot for endless espresso martinis, and ruin all regular brunches forever more.

Nothing says baller status quite like free-flowing bubbles, fluffy eggs topped with caviar and a cart of cocktails — particularly when it's all enjoyed before midday. But thanks to Sydney's obsession with bottomless brunches and lunches, us mere mortals can live like Queen B and Jay Z, even if just for a couple of hours. Whether you're planning your weekend around it or treating your hungover self, here's the lowdown on Sydney's best bottomless brunches. Just remember to behave yourself or you won't make it to midday. Dead Ringer lets you go all-in with two hours of fresh orange mimosas ($30 per person) or prosecco ($50). Intent on offering a brunch with a difference, Dead Ringer has declared its menu free of Sydney's beloved eggs and smashed avo. Instead, it's focused heavily on seafood and lunch-style fare. It's set brunch menu ($45) starts with cured salmon, labneh and pickles, then moves on to a baked ricotta tart and slow-roasted chicken with lemony yoghurt as your main. If you'd rather pick your poison than go all out with mimosas or prosecco, you can also order the Dead Ringer bloody mary ($18), an espresso martini ($20) or a rose spritz ($16). If you're going to go anywhere for a bottomless brunch, The Winery in Surry Hills is a safe bet. Choose from peach, raspberry or lychee bottomless bellinis and the rest is done for you. Along with focaccia and olives to nibble on as a start, the six-dish menu ($79) has some standouts, including pumpkin arancini, calamari fritti and caesar salad and (to finish) tiramisu. With limited capacity, the Crown Street venue fills up fast, so bookings are recommended — particularly on weekends. 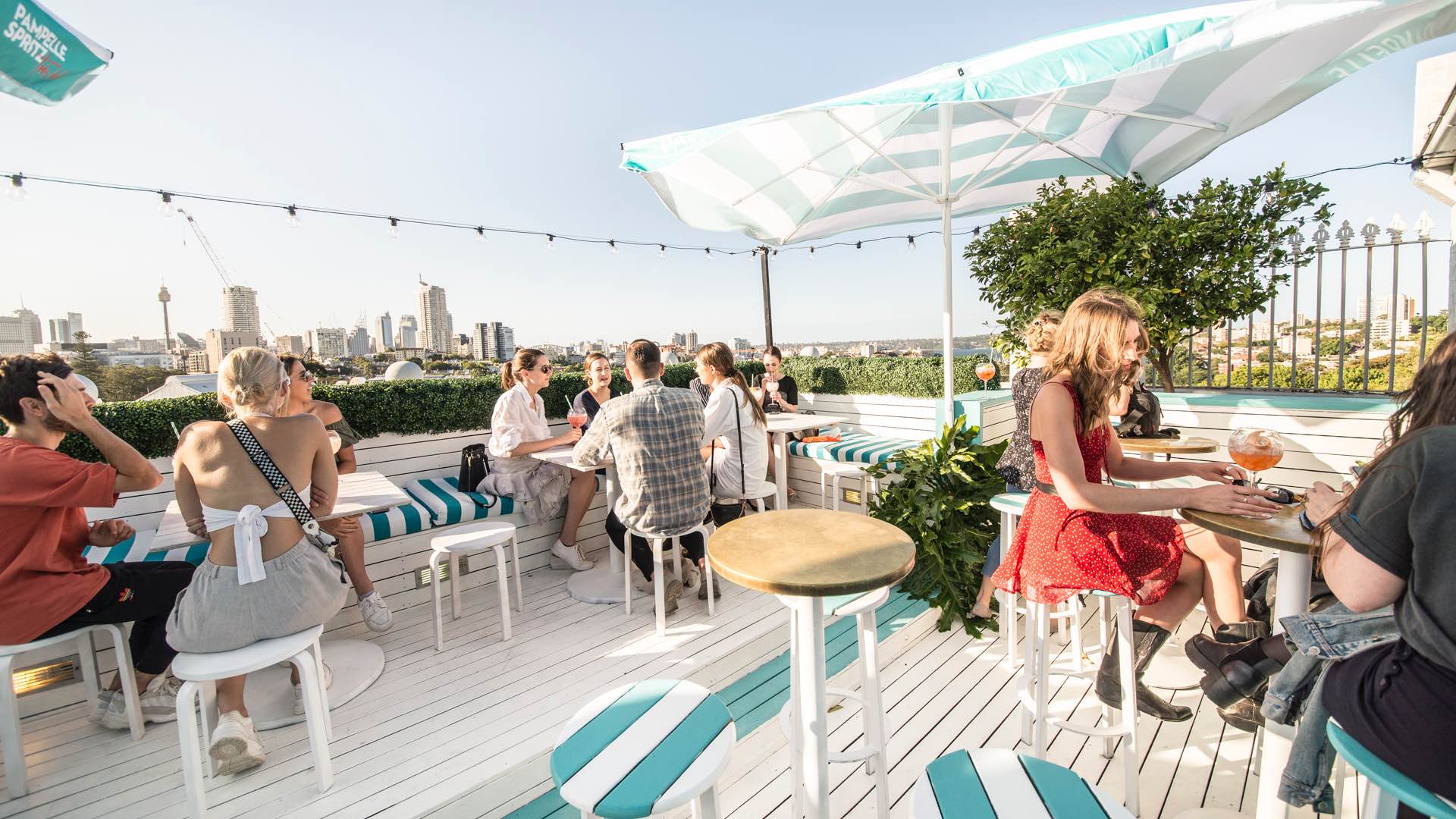 The Royal Paddington has kept it classic when it comes to its brunch, pairing three courses of delicious breakfast fare with two hours of bottomless cocktails ($100), including mimosas, grapefruit palomas and sangria. Covering off all your staples, you'll start with croque monsieur (a fancy ham and cheese sandwich), followed by a smoked salmon omelette and a waffle board topped with maple bacon, marshmallows, chocolate sauce and fruit. Then, you'll end with a slice of apple, blackberry and walnut tea cake. Showcasing sweeping city views from the verandah level, the bottomless brunch is reminiscent of an inner city garden party, just a few floors up.

What's the deal? $100 for three courses and two hours of bottomless cocktails. When? Saturday and Sunday. 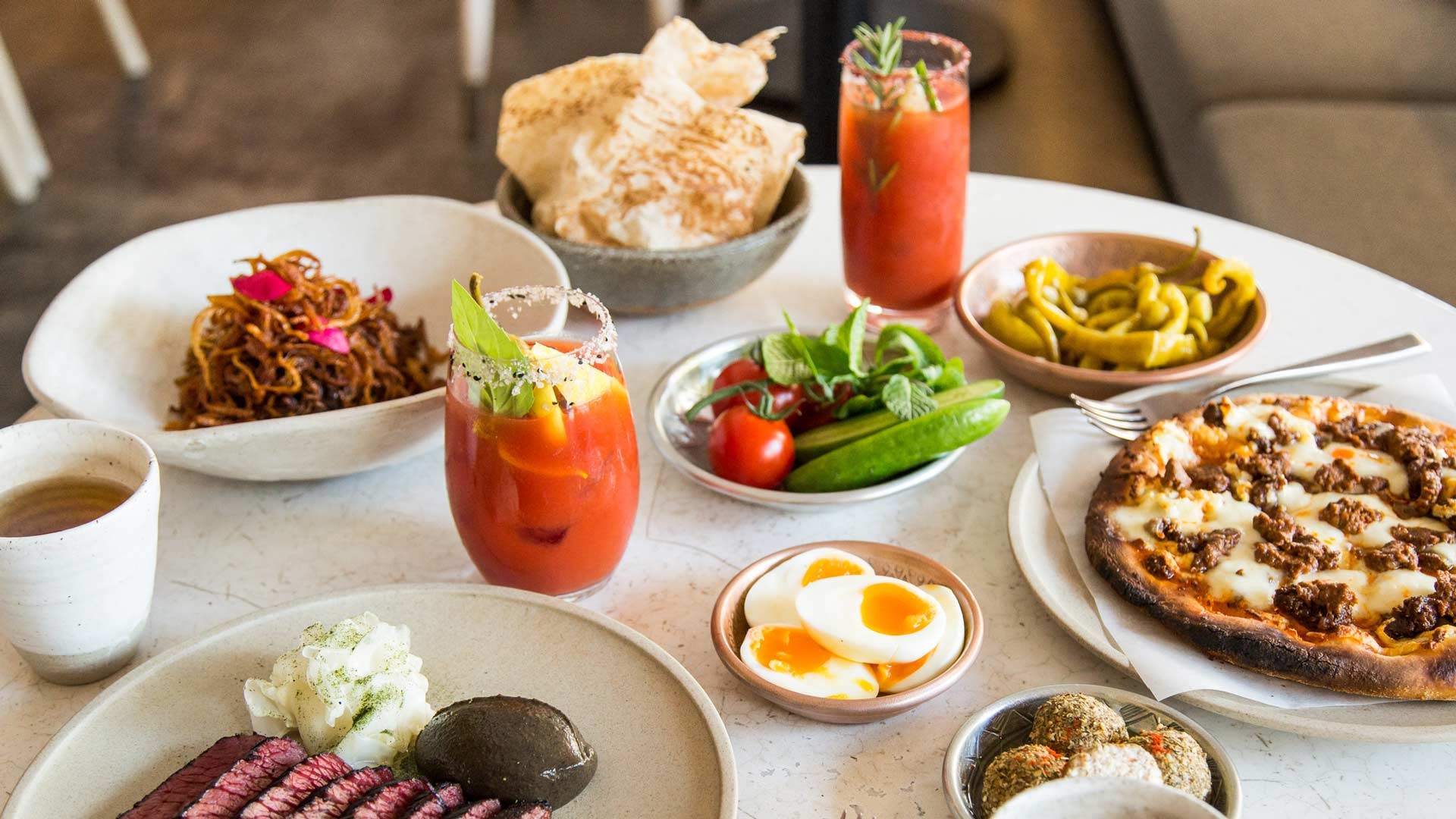 The Crown Street palace of pastels and plants has a Sunday brunch offering with one of the best (and smokiest) bloody marys in the city, boundary-pushing Middle Eastern fare — and bottomless cocktails, of course. Two food set menus are available (for $45 and $69), with optional bottomless booze add-ons available for both. For an extra $29 a head you can choose from 90 minutes of endless rosé or beer — or for an extra $39, you can add on 90 minutes of espresso martinis, Aperol spritzes and Persian spritzes (with elderflower, cucumber and lime). To pair with the endless drinks, you'll be eating the likes of falafel crumpets, manoushe, baalbek fried eggs with lamb and smoked almond crumb and pressed watermelon. 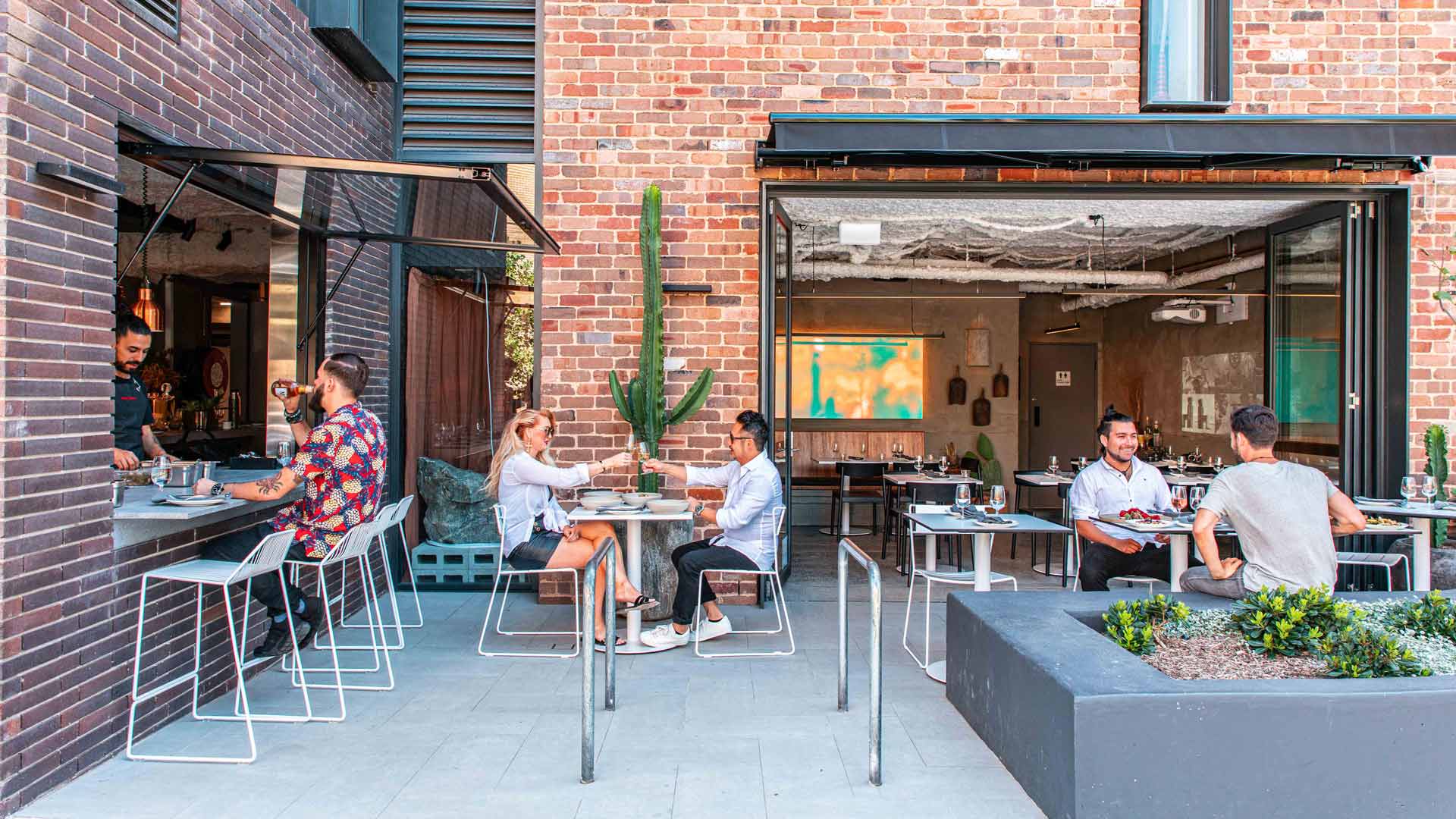 Potts Point newcomer Sonora, from the owners of Bondi's Mexican mainstays Taqiza and Carbon, has upped its weekend game and is serving up unlimited tacos and margaritas every Saturday and Sunday from 12–5pm. You can feast on endless plates of house-made tortillas topped with lamb with beetroot relish, barbecued chicken with pumpkin, barramundi and kraut or roasted cauliflower. The many, many tacos come with four different homemade salsas — including avocado, tomatillo, charred salsa and a smoked number — and 90 minutes of bottomless booze, too. The latter comes in the form of endless classic margaritas, rosé and Tecate beer. Yep, all three. And all of this will set you back $79.

What's the deal? $79 for 90 minutes of bottomless tacos, margaritas, rosé and beer. When? Saturday and Sunday, 12–5pm. 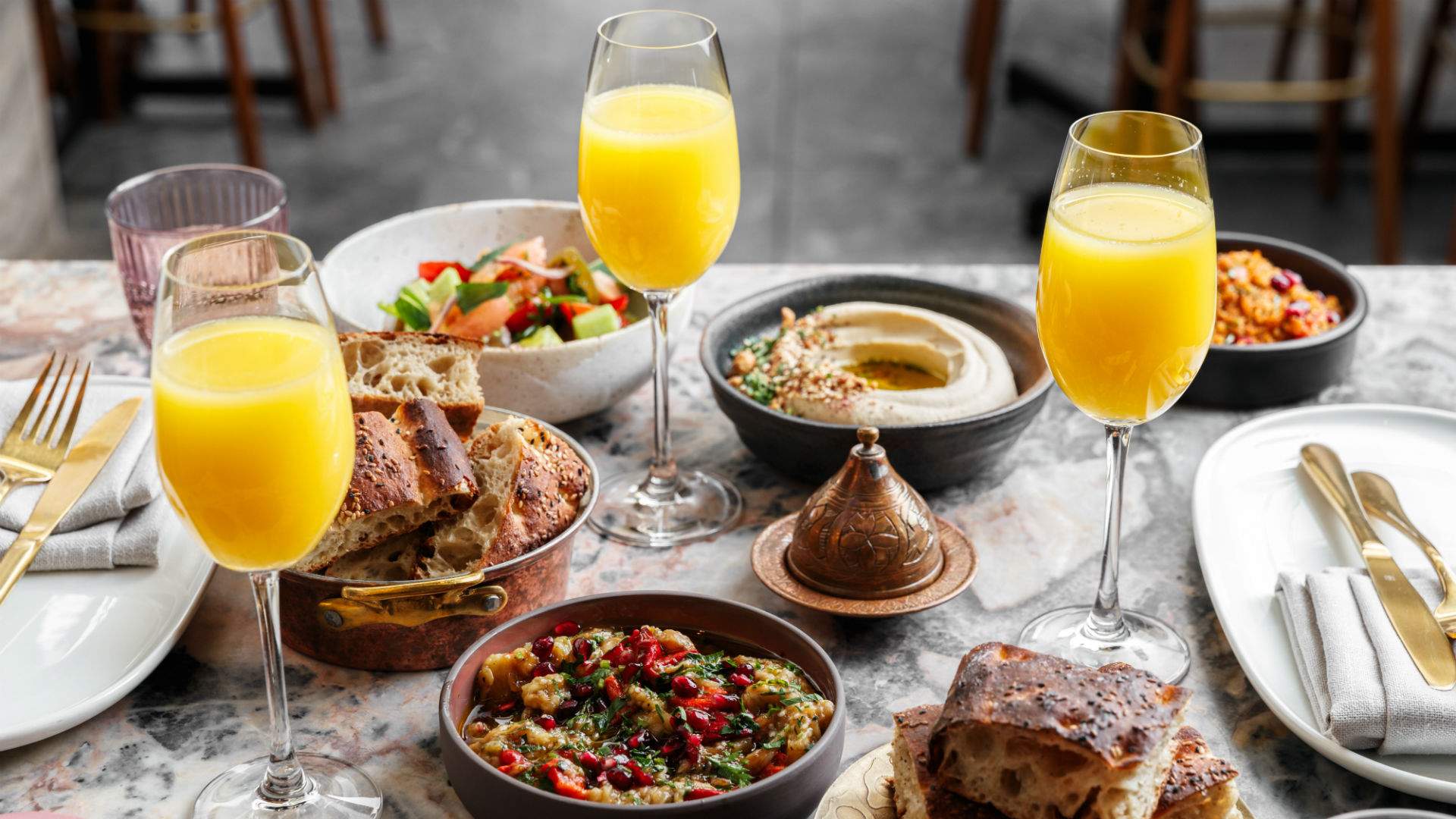 Every Saturday and Sunday, head to this inner city hideaway for unlimited mimosas and a selection of meze — all for just $50 per person. Head Chef Arman Uz (Efendy) is cooking up treats like labneh with peppers, chilli butter and house-made bread; smoked eggplant salad with woodfired capsicum; lentil kofte with pomegranate, parsley and lemon; and hummus topped with wattleseed dukkah. While the food is not bottomless, the booze sure is — you'll be treated to 90 minutes of mimosas, poured to your heart's content. The deal is available from 10.30am–12pm every weekend — with no end in sight — and bookings can be made via [email protected] or the website.

Published on June 15, 2020 by Alexandra Middleton