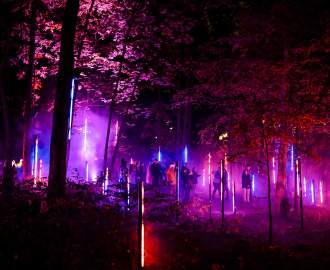 Something delightful is happening in cinemas across the country. After months spent empty, with projectors silent, theatres bare and the smell of popcorn fading, Australian picture palaces are starting to reopen — spanning both big chains and smaller independent sites in Sydney and Brisbane (and, until the newly reinstated stay-at-home orders, Melbourne as well).

During COVID-19 lockdowns, no one was short on things to watch, of course. In fact, you probably feel like you've streamed every movie ever made over the past three months, including new releases, comedies, music documentaries, Studio Ghibli's animated fare and Nicolas Cage-starring flicks. But, even if you've spent all your time of late glued to your small screen, we're betting you just can't wait to sit in a darkened room and soak up the splendour of the bigger version. Thankfully, plenty of new films are hitting cinemas so that you can do just that — and we've rounded up, watched and reviewed everything on offer this week.

Waves begins with streaming sunlight, the scenic sights of South Florida, and a blissful young couple singing, smiling and driving. Their happiness is captured by fluid, enticing camerawork that circles around and around, and their exuberant attitude — the carefree feeling that comes with youthful first love — is mirrored by the use of Animal Collective's upbeat, energetic 'FloriDada' on the soundtrack. But this isn't a joyful movie. As the drama's name intimates, this contented moment is soon smothered by waves of tragedy and pain that ripple through the lives not only of high-school wrestling star Tyler (Kelvin Harrison Jr) and his girlfriend Alexis (Alexa Demie), but their loved ones, school and community. Following the breakdown of the pair's romance, Tyler's self-sabotaging struggles with injury and pressure, and the impact on those closest to them, Waves tells an immensely affecting tale of one African American family's ups and downs.

While he already has the excellent Krisha and effective It Comes at Night to this name, writer/director Trey Edward Shults crafts his best work yet — a stunningly visceral, moving and profound drama that makes audiences feel every moment and plot development deeply. Also exceptional: Harrison's powerful performance, Taylor Russell as his younger sister Emily, Sterling K Brown as their domineering but well-intentioned dad and Hamilton's Renée Elise Goldsberry as their supportive stepmother, as well as the film's raw and resonant grappling with life, loss, love, and the chaos and emotion of being a Black teenager in America today.

Unlike the rest of us, Elisabeth Moss is having a great year — on-screen, at least. While the star of The Handmaid's Tale, Mad Men and Top of the Lake has actually enjoyed a fantastic past decade, she has turned in two of her best performances yet in 2020. First came her lead role in The Invisible Man, which twisted the classic horror tale in firmly modern directions, including exploring gaslighting and society's lack of willingness to believe women. Now, in Shirley, she steps into the shoes of horror and mystery novelist Shirley Jackson. This is a movie by Madeline's Madeline director Josephine Decker, though, so it as never going to be a standard biopic about the The Haunting of Hill House author.

Indeed, Shirley is drawn from a fictional novel by Susan Scarf Merrell, stepping inside Jackson's home life with her husband Stanley Hyman (Michael Stuhlbarg) during a 1964 period when teaching aide Fred Nemser (Logan Lerman) and his wife Rose (Australian The Daughter star Odessa Young) come to stay. An agoraphobic who prefers her own company to that of others, Jackson's routine is unsettled by her new houseguests, although an unexpected connection springs with seemingly unlikely kindred spirit Rose. In telling this story, Decker is far more interested in capturing the essence of her subject and Jackson's sensibilities than slavishly sticking to facts, and her film all the better for it. The result is a subjective and engaging character study that's daring, disarming, dark and, unsurprisingly, anchored by a pitch-perfect Moss.

When grief plays a pivotal part in a film's narrative, one of two things typically happen. Far too often, it's used as an easy crutch, deployed to quickly explain a character's poor actions without diving particularly deep (see: this year's Ben Affleck vehicle The Way Back). When mourning is thoughtfully unpacked and interrogated, however, the difference is immediately noticeable. And, that's the case with excellent Icelandic thriller A White, White Day.

Set in a remote town and often noticeably cloaked in a thick fog (symbolising its lead character's loss-afflicted head and heart, too), the film follows widower Ingimundur (Ingvar Sigurðsson), an off-duty police chief struggling with the death of his wife. While assisting with caring for his eight-year-old granddaughter Salka (Ída Mekkín Hlynsdóttir) helps give his days purpose, after Ingimundur begins to suspect that his deceased spouse was unfaithful, he's rocked by more than bereavement-induced misery. Sigurðsson is phenomenal as a man overcome by his heartbreak and anger, and his scenes with young Hlynsdóttir are immensely tender and touching. What particularly stands out in this tense, haunting and all-round excellent movie, though, is director Hlynur Palmason's (Winter Brothers) striking visual storytelling — whether he's spending an hypnotic minute watching a rock tumble down a hill and off a cliff, staring at his central actor's expressive face, or splashing his frames with spellbinding bursts of colour amidst the rampant grey-hued frostiness.

If you're wondering what else is currently screening in cinemas, check out our rundown of new films released in Australia on July 2 — and our full review of The Personal History of David Copperfield.