The Ten Best Beaches in Sydney

From napping under palms on the northern beaches to snorkelling in the turquoise waters of a protected marine reserve, these are ten of our year-round go-tos.

Naming the ten best of anything can be a daunting task — especially when it comes to ranking something which we all, as Sydneysiders, take rather seriously: our beaches.

Whether it's the season of carousing on the sand or just unseasonably warm, you can always justify a trip to the beach. And because Sydney is the city with — let's not be coy — some of the best city beaches in the world, we've put together a list of our ultimate beachside playgrounds within the city limits. From napping under palms on the northern beaches to snorkelling in the turquoise waters of a protected marine reserve, these are ten of our year-round go-tos. 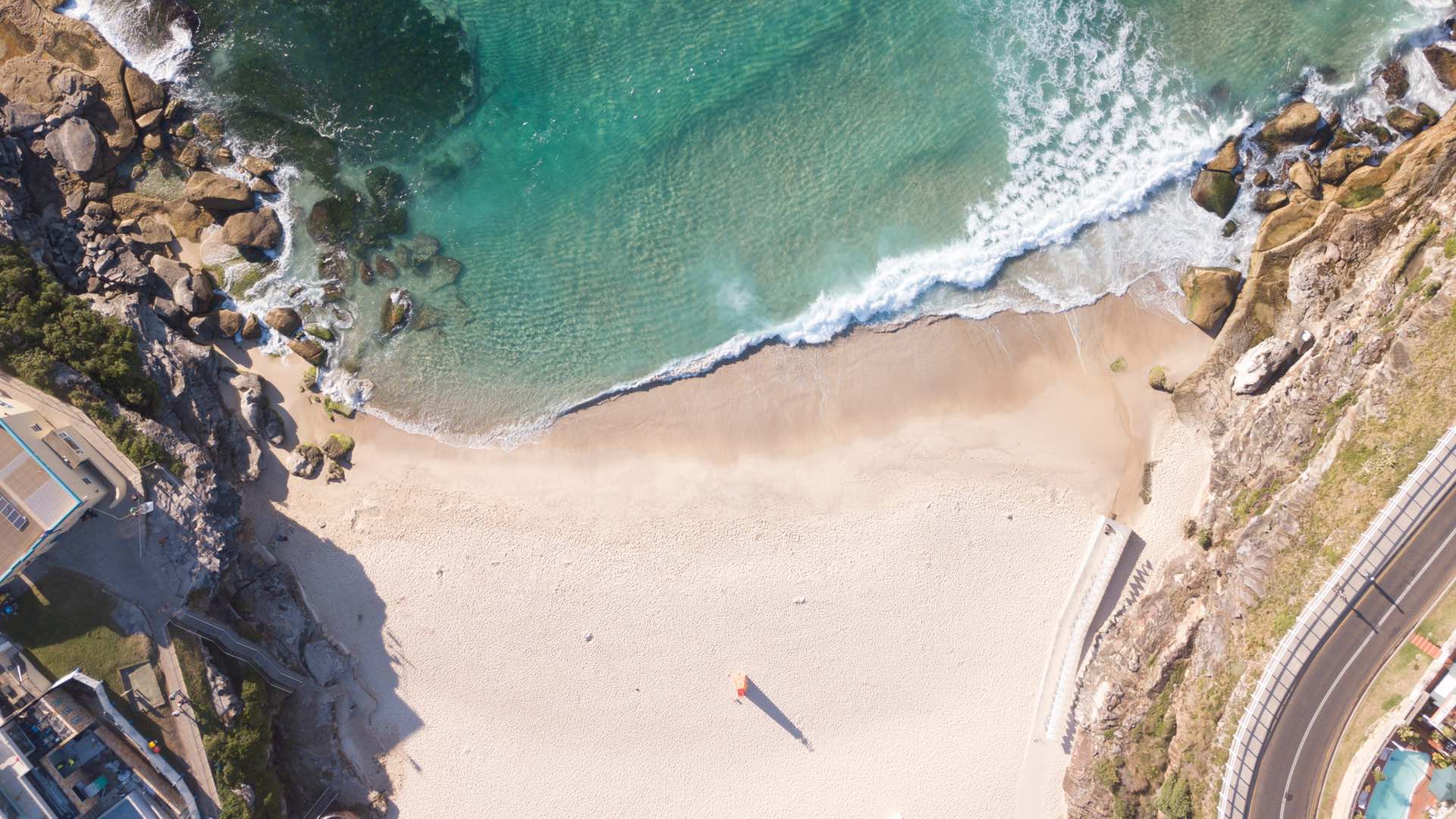 This narrow, 80-metre strip of sand between the headlands at Tamarama has an air of luxurious seclusion, rare for a city beach and especially surprising given its proximity to the busiest beach in the country. The glamorous ranks gather here to sunbathe, and the left-hand reef break will have you contending with some of the city's best surfers and bodyboarders if you want to catch a wave. Be sure to take a break from the sun at the beachside cafe, where you can casually kick back with a fresh juice as you watch the Bondi-to-Bronte runners coast by. Or bring along those gourmet snags and take advantage of the nearby barbecue area. Named for the Aboriginal word that means "swirling waters", Bilgola is hidden away at the bottom of a hill, behind a jungle of palm trees and lantana — if you're not paying attention, you'll miss it. For this reason, Bilgola is perhaps the most beautiful of the northern beaches, and, incidentally, is a bastard to get to on public transport. But the trek to this 500-metre long strip of sand is worth it. Enjoy views of Newport Head while lounging on the shore, or go for a swim in the eight-lane ocean pool.  You can also try your luck at fishing, with a designated area on offer. The first beach north of Manly, Freshwater is the official birthplace of surfing in Australia; the sport was first popularised here in 1915 by Duke Kahanamoku, a native Hawaiian who famously carved a surfboard from local timber and hypnotised crowds at the beach. A life-size statue of Kahanamoku still stands on the northern headland too. Apart from the surf history, Freshwater is just a gorgeous beach to laze the day away on. It also boasts a 50-metre saltwater rockpool for lap swimming and is an easy coastal walk to Curl Curl. For lunch, we suggest splurging on a meal at the lauded Pilu restaurant — you won't regret dropping that extra cash. 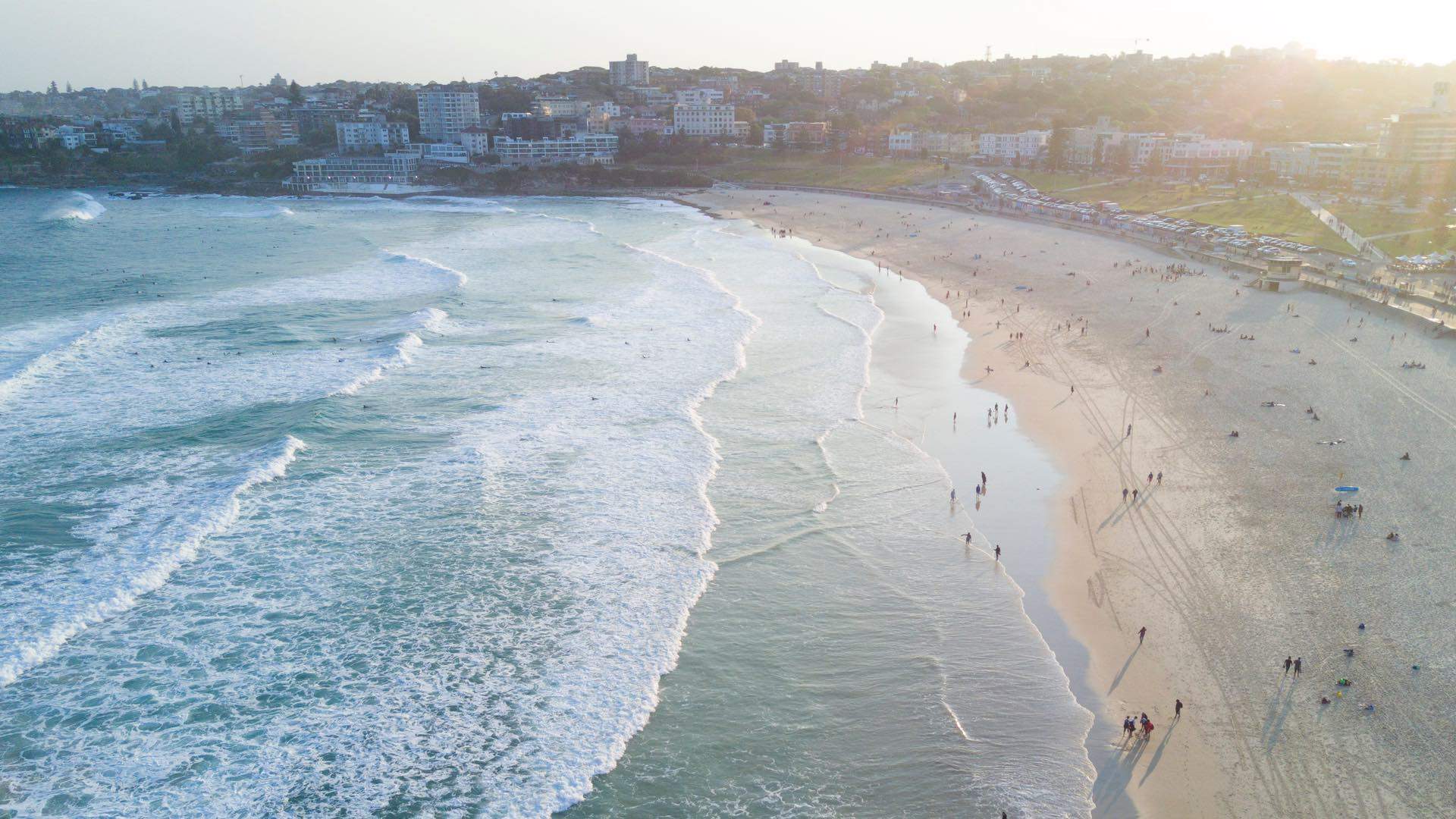 While Bondi may be Australia's best known (and therefore most over-populated) beach, it still holds a place for locals and shouldn't be left entirely to the mercy of tourists. If you go mid-week, you can really appreciate Bondi for all it's worth. Either way, head to North Bondi for the best swimming spots — and to avoid the crowds of novice surfers further down the beach. While you're there early enough for breakfast, you could Sean's Panorama. You can also just spend the entire day between the water and Calita or Bondi Beach Public Bar — your call. Another stunning stretch of Sydney sand, Manly Beach is hard to beat in charm — from the ferry ride over from the city to the busy promenade, the tree-lined beach and the clear blue waves. While it may not be as convenient as, say, Bondi for south-of-the-bridge dwellers, it is certainly still one of Sydney's most famous beaches. Plus a trip to Manly on the ferry is a rite of passage for anyone born and bred in Sydney. If you want to snag a fresh pastry and cuppa on the way to the beach, stop off at Rollers Bakehouse. Later in the day, grab a bottle of natural wine at Winona Wine. Once you're done with the sun for the day, finish off with a drink at Manly's speakeasy-style bar The Cumberland or some top-notch Mexican at Chica Bonita. Hugged by the headlands and surrounded by a perfect picnicking park, Bronte is one of the loveliest and most accessible city beaches. Set at the end of Sydney's famed, one-kilometre coastal walk, the quiet and unpretentious beach is the perfect place to dive into the water post-walk from Bondi. If it's too hot, you can always nap under the rock ledge too. Those rocks also create a sheltered natural pool for leisurely swimming with minimal waves, or enjoy some laps in the saltwater pool. At the same time, the south headland is a favourite among advanced surfers. For lunch, head to the park behind the beach and enjoy a freshly grilled barbecue on one of the picnic tables. 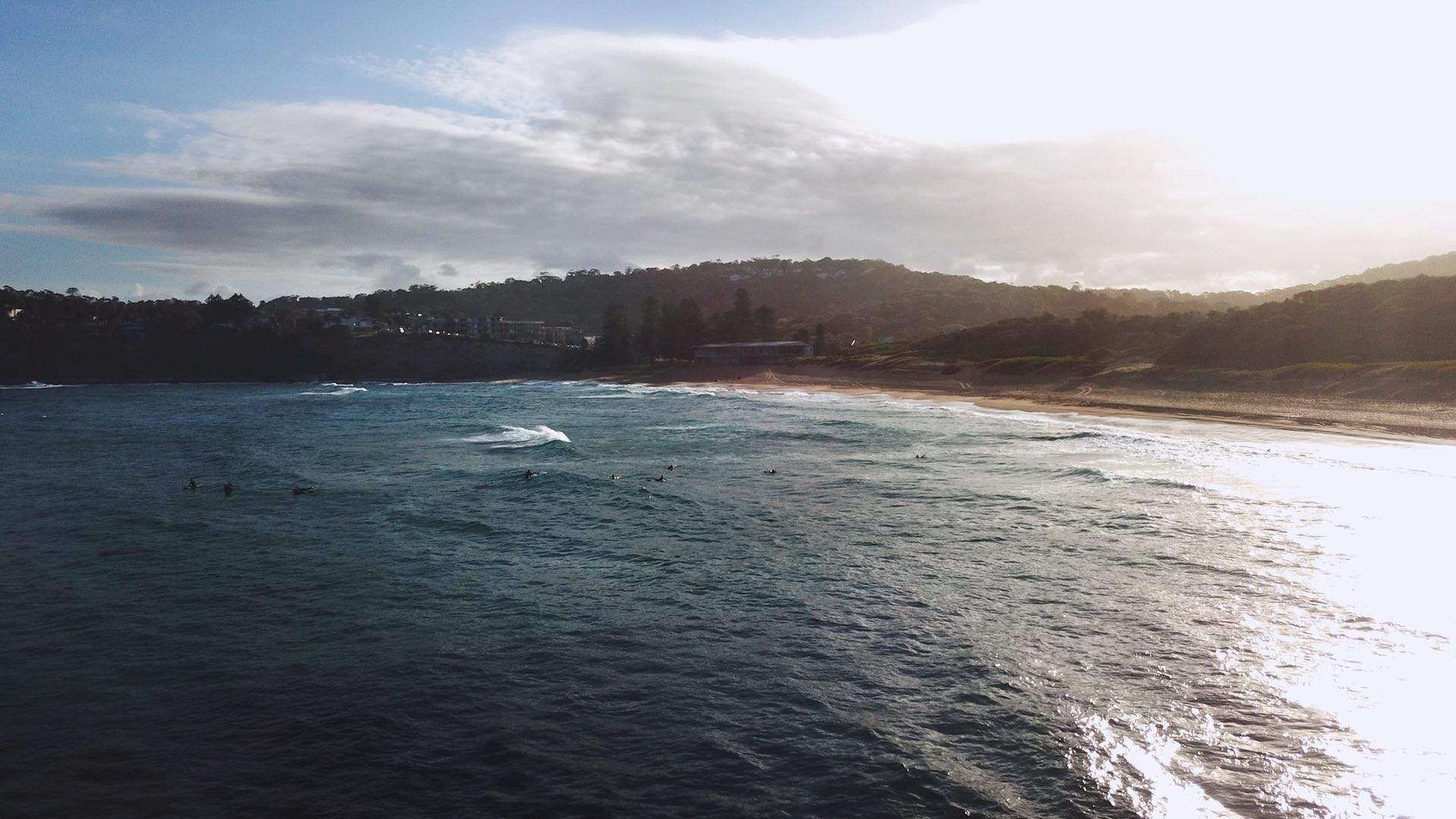 Located near the tip of the northern beaches, Avalon is a destination for wave chasers, with a large surf community based in the area. Even if you don't surf, it's a great place to watch the pros in action. Baywatch even wanted to relocate its filming to Avalon during the 90s. Other highlights include the 25-metre ocean pool, located at North Avalon near a triangle-shaped sandbank. Meanwhile, along the south cliff (known as Little Avalon), surfers can enjoy fast-barrelling tube rides, thanks to a shallow rock shelf. Behind the beach is a shaded park with barbecue facilities, picnic areas and a skate park. Shelly Beach is pristine for a reason — it's part of a protected marine reserve called Cabbage Tree Bay, and so boasts especially clean, turquoise waters filled with exotic fish. For this reason, it is specifically popular among scuba divers and snorkelers. If you're looking for surf, head to the Fairy Bower side, which offers one of Sydney's best breaks. The beach also forms part of the annual Cole Classic, Australia's longest ocean swim. And bushwalkers will enjoy the headland track with views over North Head and across the northern beaches. This secluded cove is also convenient to get to by ferry and is just a short walk south along Manly's main street. 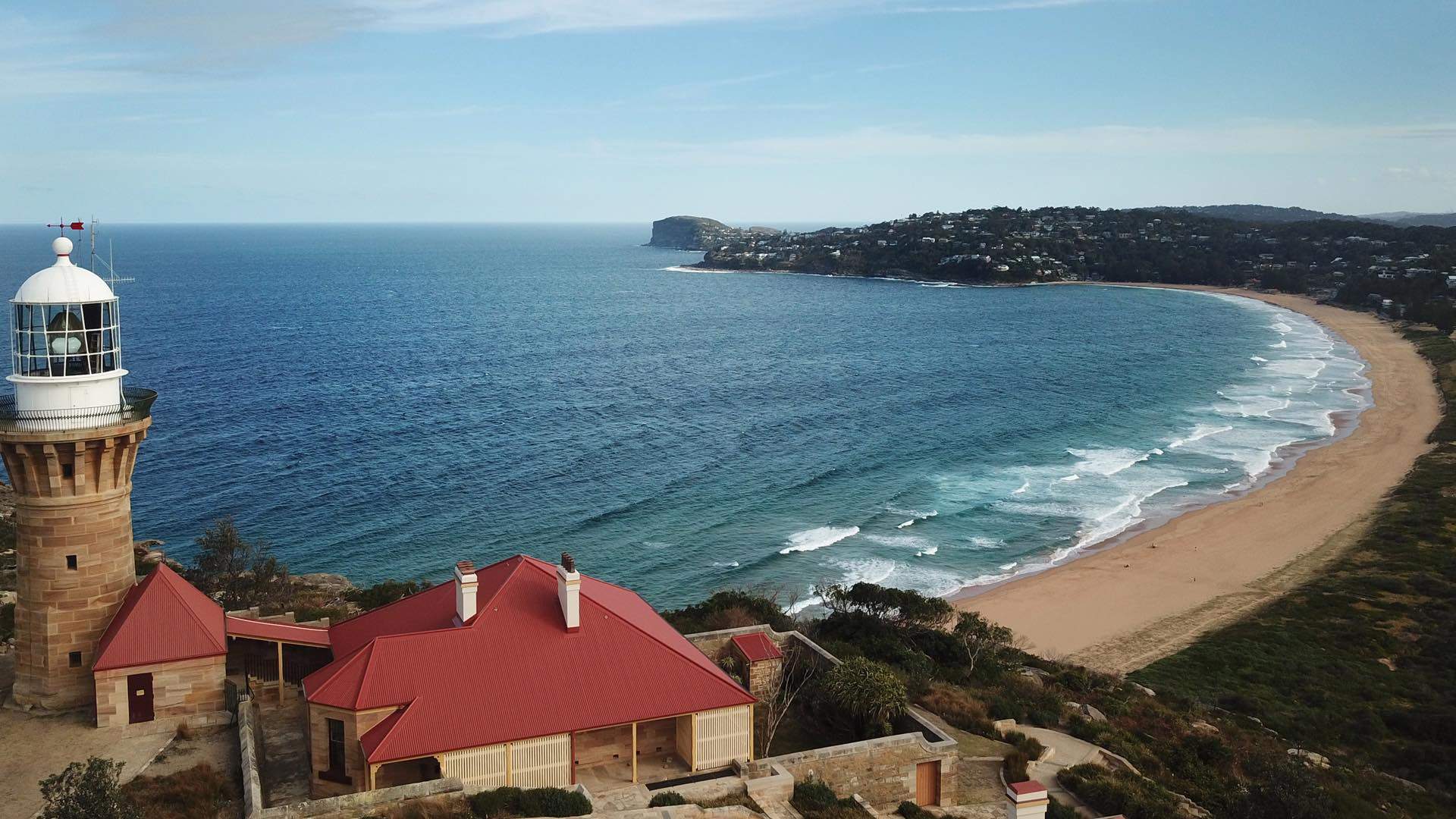 It's no surprise Palm Beach stars in a television show — this Home & Away beach is one of the most beautiful places Sydney has to offer. It's privileged to be surrounded by water on three sides: east is the Pacific Ocean, west is Pittwater and north is Broken Bay (which the Hawkesbury River flows into). Get there early to enjoy it without the crowds in tow, and visiting on a weekday is an even better idea. If a staycation is in the cards, you can book out a summer house and feel like one of the millionaire locals for a few nights. While you're at it, grab breakfast or lunch at the The Boathouse. 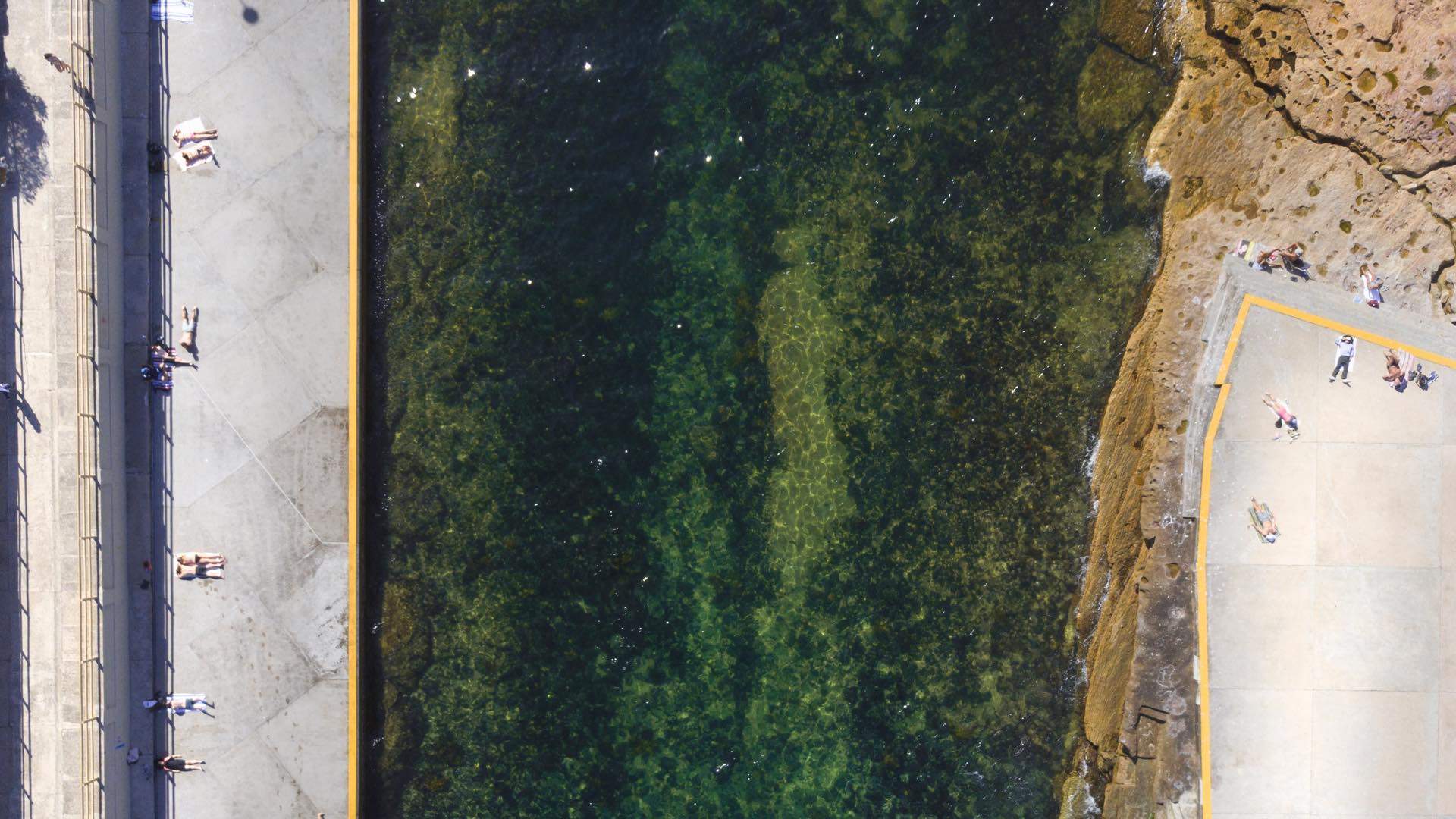 Sometimes you just want to pack the esky, haul your umbrella to the beach and set up camp for a whole day by the waves. Other days, you just want a quick dip without getting sand in your togs. Clovelly is a local favourite because you have the luxury of doing both. The cove has a small, peaceful beach for tranquil wading, along with a 25-metre saltwater pool down the southern side. But it's also flanked by two concrete platforms, which are used for both sunbathing and cannonballing. Clovelly is popular among snorkelers as well, with the diverse marine life including an extra-large blue groper named Bluey.